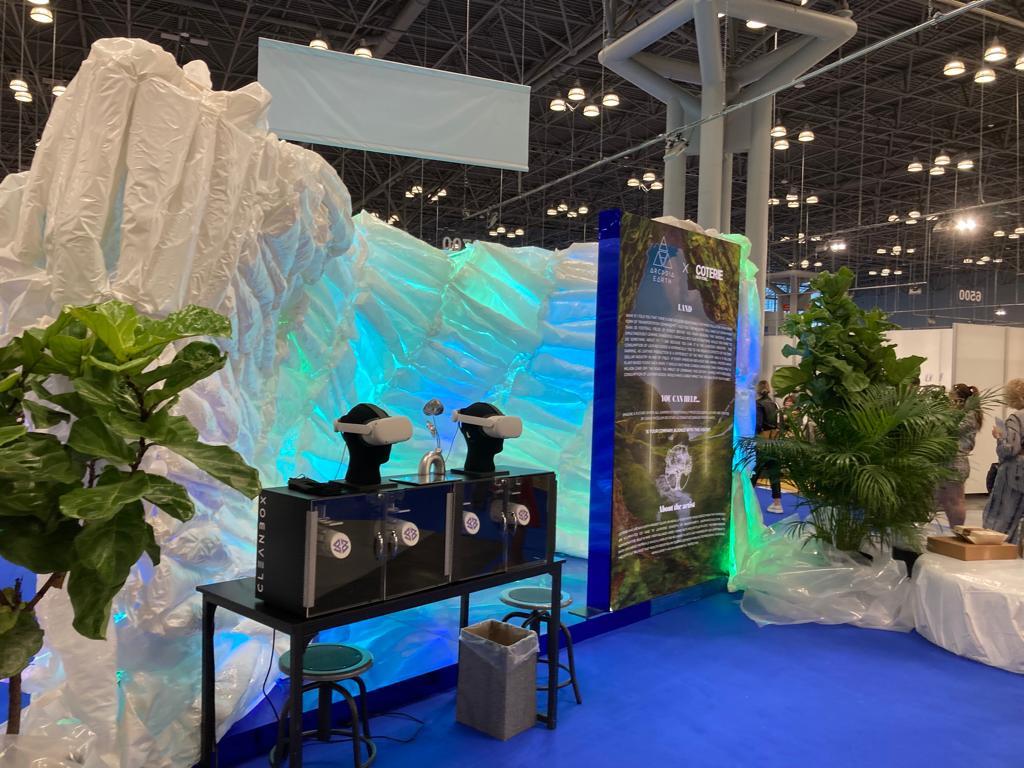 On the heels of a few rough seasons for the footwear industry, business is starting to pick back up in a meaningful way.

Vendors at the Coterie and Magic trade shows expressed a sense of optimism at the Sept. 18-20 showcase at the Javits Center in New York City, with many noticing an uptick in orders from their retail customers looking to buy more new shoes to cater to demand in the marketplace.

The twice-a-year New York events, hosted by Informa Markets Fashion, unite buyers, brands and retailers for three days of business, industry connections and discovery. Compared to the last Coterie and Magic shows, registration on day 1 was up 20% — and the buzz on the trade show floor was noted by various vendors.

“Because consumers are shopping and they’re feeling more confident, [buyers] are all wanting to come to the shows to buy, but mostly to discover new,” said Kelly Helfman, president of Informa Markets Fashion (IMF).

Still, brands and retailers are working against a rough economic backdrop. While inflation has begun to show signs of cooling, consumer prices increased 8.3% in August from a year ago, down from a 40-year high of 9.1% in June and 8.5% growth in July. At the same time, some retailers have been grappling with higher than usual inventories from this past spring, when consumer spending cooled just as product was hitting warehouses.

Despite the recent headwinds, many brand representatives from the trade show floor said they are confident that demand will remain strong, given recent buying trends. Here’s what they had to say:

With a price point of $300 per boot pair and up, Smith said Frye has not seen a significant slowdown in demand when it comes to its typical consumer, a higher-income shopper who tends to frequent boutique shops.

“The consumer that buys and shops in [this price point] hasn’t necessarily felt the increase,” said Smith. “These boutiques have come in here saying that business has been really good.”

Smith added that the turnout at this season’s Coterie event had been outstanding for the Frye brand, which managed to do a lot of business with several new retail clients.

To get around late orders due to potential supply chain problems, Frank said Steve Madden has advised retailers to place their orders earlier than usual.

“We are asking them to get ahead of things,” he said. “It helps.”

As for the impact on the consumer when it comes to inflation, Frank said the impact varies by retailer. For example, he noted that independent retailers appear to be keeping up a strong current of demand, as people continue to shop in their local towns as events and offices return to normal.

“There’s a combination of two forces moving against one another,” said Frank. “There’s the necessity of getting something new. And then at the same time, you’re dealing with the inflation piece. I do think that at some point, people will be more price conscious. We’ll see how that works at whatever point that happens.”

Recently, Foy said she has noticed a sense of optimism among a range of clients that sell the brand in their stores.

“Our wholesale customers or boutique accounts that have been coming into the show for the past 24 hours have said that lately, sales have really picked up,” Foy said. “They feel more optimistic, it feels more positive. I was happy to hear that from so many different accounts.”

The brand has seen the demand for a refreshed wardrobe via its e-commerce channels as well.

“Sales are picking up,” Foy said. “July was tough, August was a little soft, but we’ve started to see some things come back, which is really nice.”

According to Foy, Marc Fisher caters to consumers across the income spectrum and is aware of the impact inflation could have on spending. As such, the brand offers products in a range of prices to meet different needs.

“We have the more price-conscious consumer as well. The customers range from a young girl to somebody in their 60s,” Foy said. “So I do think they’re price conscious — I think everyone pretty much is.  Even in the designer market, we’re hearing that there’s a little bit of a softening, people are being a little bit more careful. So we have to pay attention to it and price accordingly.”

Cougar Shoes, which specializes in waterproof boots and sneakers designed for rainy and cold weather, benefits from its position as an essential product for harsher climates.

“There definitely is a necessity for weather product and that’s becoming more and more apparent,” LeBlanc said.

While the industry has been somewhat cautious over the last few months, LeBlanc noted that retailers appear to be increasing their receipts for October and November.

“Because of the uniqueness of our product and the heritage that we’ve built behind the brand, I would say that the majority of our customers have a very positive outlook despite the doom and gloom news about the economy,” said LeBlanc.