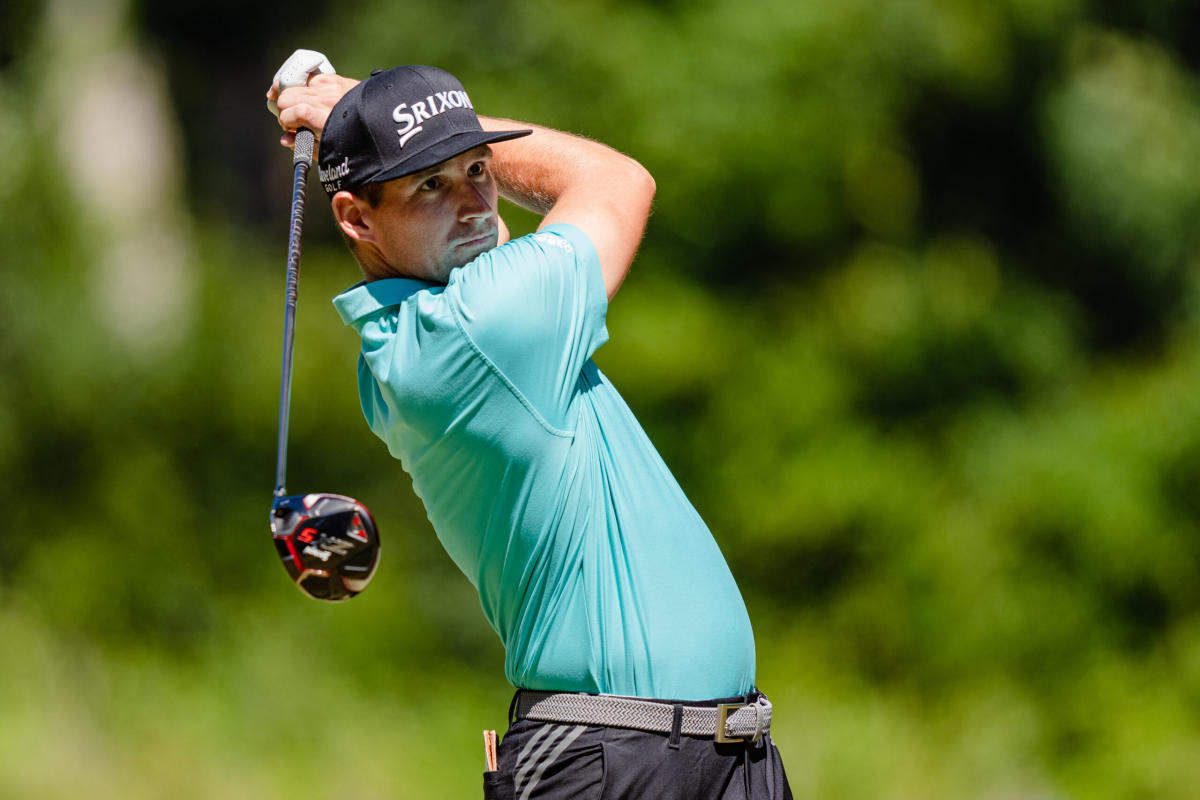 JACKSON, Miss. – It’s likely Brandon Matthews will never forget his first round of professional golf as a married man. Especially since it’s one that has him tied for the first-round lead.

Matthews fired at 5-under 67 on Thursday during the first round of the 2022 Sanderson Farms Championship at The Country Club of Jackson. It was another highlight for him in what has to be one of the most special weeks of his life.

Matthews got married on Saturday.

“I was actually way more nervous on Saturday,” Matthews said. “That’s probably why I don’t have any nerves right now.”

Brandon and his wife Danielle got married in Pennsylvania, and now he’s back on Tour, having completed his first round as a PGA Tour member. Matthews, who’s one of the longest players in golf, had to withdraw at the Fortinet Championship two weeks ago in the first round when his back flared up.

Sanderson Farms: PGA Tour live on ESPN+ | Round 1 updates from the Clarion Ledger

Brandon Matthews is tied for the lead after the opening round of the Sanderson Farms Championship. (Photo by Cameron Jourdan/Golfweek)

With a ring on his finger, there were plenty more circles on his scorecard Thursday. Matthews, who started on the 10th hole, went out in 1-under 35. He eagled the par-5 13th hole and followed that with a birdie. After making the turn, Matthews birdied the second and third holes before closing his first round with a pair of birdies on Nos. 8-9.

“Something I’ve worked really hard on the past few years is understanding that things might not come immediately in the round, even if I’m hitting it great,” Matthews said. “Staying patient throughout my entire career is going to be very important. Today, I was really proud of myself with the way I hung in there and just really, again, hit a lot of my spots and didn’t veer from that. Stayed patient and, obviously, had a few coming in.”

The Sanderson Farms Championship marks Matthews’ seventh Tour event, but he has made the cut in only one: the 2022 U.S. Open. That’s likely to change.

He leads the field in driving distance and is second in Strokes Gained: Off the tee following the morning wave. That’s part of the reason why he’s in a tie with Andrew Putnam and Kevin Yu for the lead.

Matthews joked with Danielle walking off the course that they should’ve married sooner if his play was going to be like it was Thursday.

It’s safe to say Matthews’ honeymoon in Jackson, Mississippi, is off to a great start.

“Yeah, (it’s) what she’s always dreamed of,” Matthews said while laughing at the honeymoon location. “(The wedding) went so great. She looked absolutely unbelievable. It was a fantastic day for both of us.”