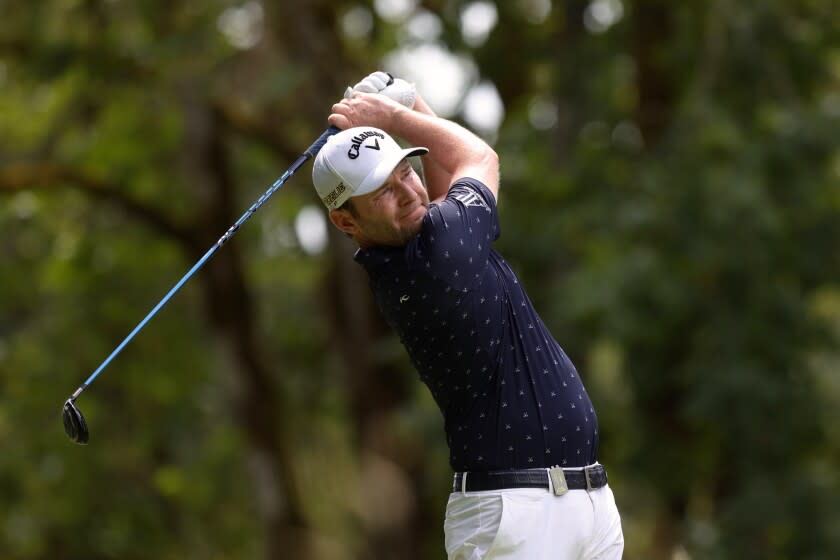 Grace closed with a seven-under-par 65 on Saturday to finish at 13 under in the 54-hole tournament at Pumpkin Ridge Golf Club. The 34-year-old South African won $4 million.

The fledgling LIV series, fronted by chief executive Greg Norman and funded by Saudi Arabia’s sovereign wealth fund, aims to challenge the PGA Tour. It has lured some players, including Dustin Johnson, Brooks Koepka and Phil Mickelson, with the promise of big signing bonuses, hefty prize purses and fewer events.

“Played flawless golf. Played really, really well when I needed to do something special and came up and managed to pull it out,” Grace said. “But just what a great day. It was amazing to come here, this new format, this new everything is amazing, and everybody here is having a blast.”

The 48-man field in Oregon competed for a $20-million purse, with an additional $5-million prize fund for a team competition. There was no cut and even the last-place finisher earned a payday of $120,000. Charl Schwartzel won the tour’s inaugural event outside of London (and the team portion) and pocketed $4.75 million.

LIV Golf also announced Saturday that English player Paul Casey has joined the series. Casey, 44, has won three times on the PGA Tour and 15 times on the European Tour, and is ranked No. 26 in the world. He has not played a tournament round since March because of injuries.

The PGA Tour has responded to the upstart tour by suspending every active member who competed in the first LIV event. Those who played in Oregon were also suspended unless they resign their tour memberships.

LIV Golf has been dogged by criticism since its inception, well before it came to tiny North Plains, about 20 miles west of downtown Portland.

The city’s mayor and 10 fellow mayors from nearby communities wrote the course’s Texas-based owner weeks ago, objecting that the event did not align with community values because of Saudi Arabia’s human rights abuses, including the murder of journalist Jamal Khashoggi.

A group of families whose loved ones were killed by the terrorist attack on Sept. 11, 2001, came to North Plains on the tournament’s opening day to protest the event. Fifteen of the 19 hijackers on that day in 2001 were Saudi citizens. The group plans a more sizable demonstration for the next stop at Bedminster in New Jersey.

U.S. Sen. Ron Wyden (D-Ore.) called out the tour for “sportswashing“ to detract from Saudi Arabia’s human rights record. Wyden pointed to the 2016 hit-and-run death of 15-year-old Fallon Smart in Portland. A Saudi national was accused in the case but vanished before trial, and U.S. officials believe he was spirited out of the country with the help of the Saudi government. A protester at the entrance Friday held a sign that read “Fallon Smart, 2000-2016.”

The players faced tough questions before the tournament about their involvement, with most reciting pat answers and maintaining that golf can be a “force for good.“ Others complained about the structure and grind of the PGA Tour.

LIV Golf touts that it’s “golf, but louder.” In addition to the simultaneous team competition, the tournaments feature shotgun starts, interactive fan activities and hip-hop blaring on the driving range.

Crowds on Saturday were better than Thursday and Friday. LIV Golf said it was a sellout but would not reveal the number of tickets sold.

The tour’s next event is set for July 29-31 at Trump National Golf Club Bedminster. Casey is expected to join at that time.