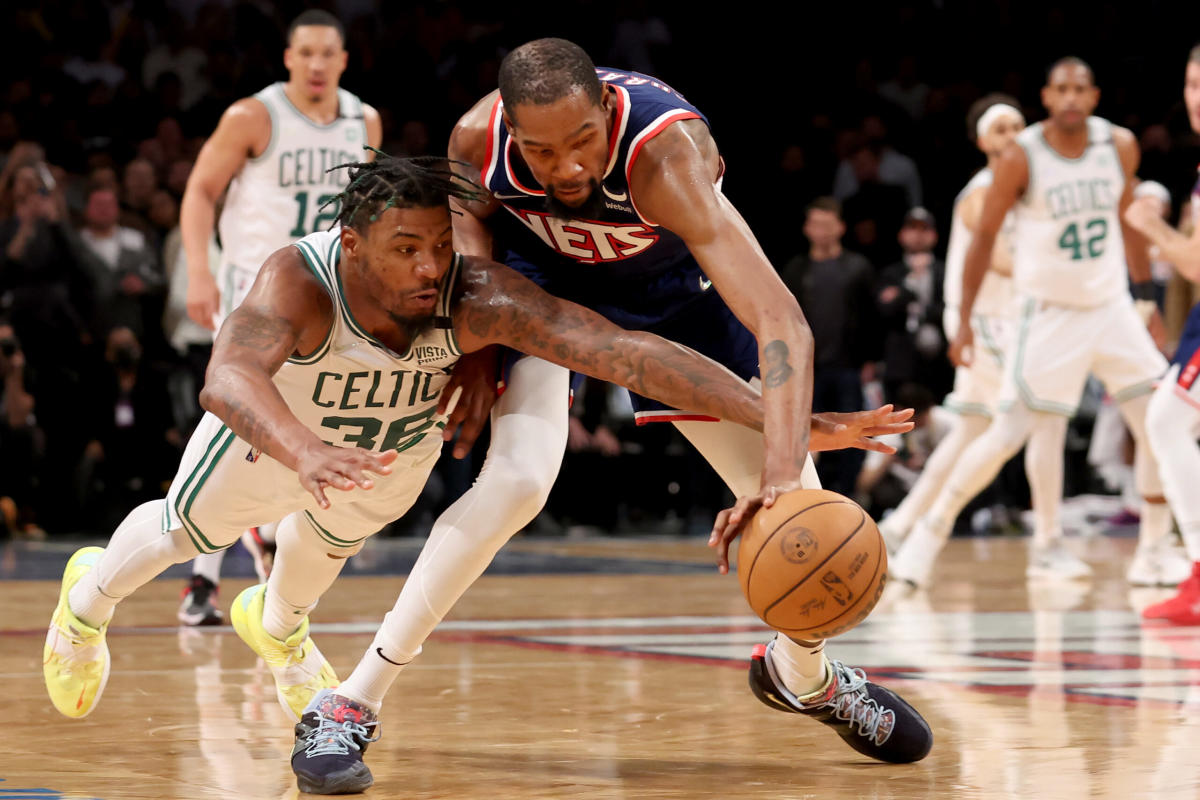 While it might have irked star Boston Celtics wing Jaylen Brown to be in trade rumors for Brooklyn Nets star forward Kevin Durant this summer — the jury is still out on what Brown’s cryptic “SMH” tweet actually referred to — his veteran teammate Marcus Smart let the rumor mill roll on by without blinking twice when his name came up in conjunction with those KD trade rumors.

The Flower Mound native recently sat down for an interview with the eponymous host of the “Rich Eisen” show, breaking down what it was like for him to see his name floated as a potential target for a swap with Brooklyn for Durant.

Smart even touched on some atypical subjects for his usual interviews like stem cell matching and the NFL.

What would a contract extension look like for Boston Celtics reserve forward Grant Williams?

Every player in Boston Celtics history who wore No. 11

‘We were trying so hard to prove to others and ourselves that we belonged,’ says Celtics’ Marcus Smart of 2022 Finals loss