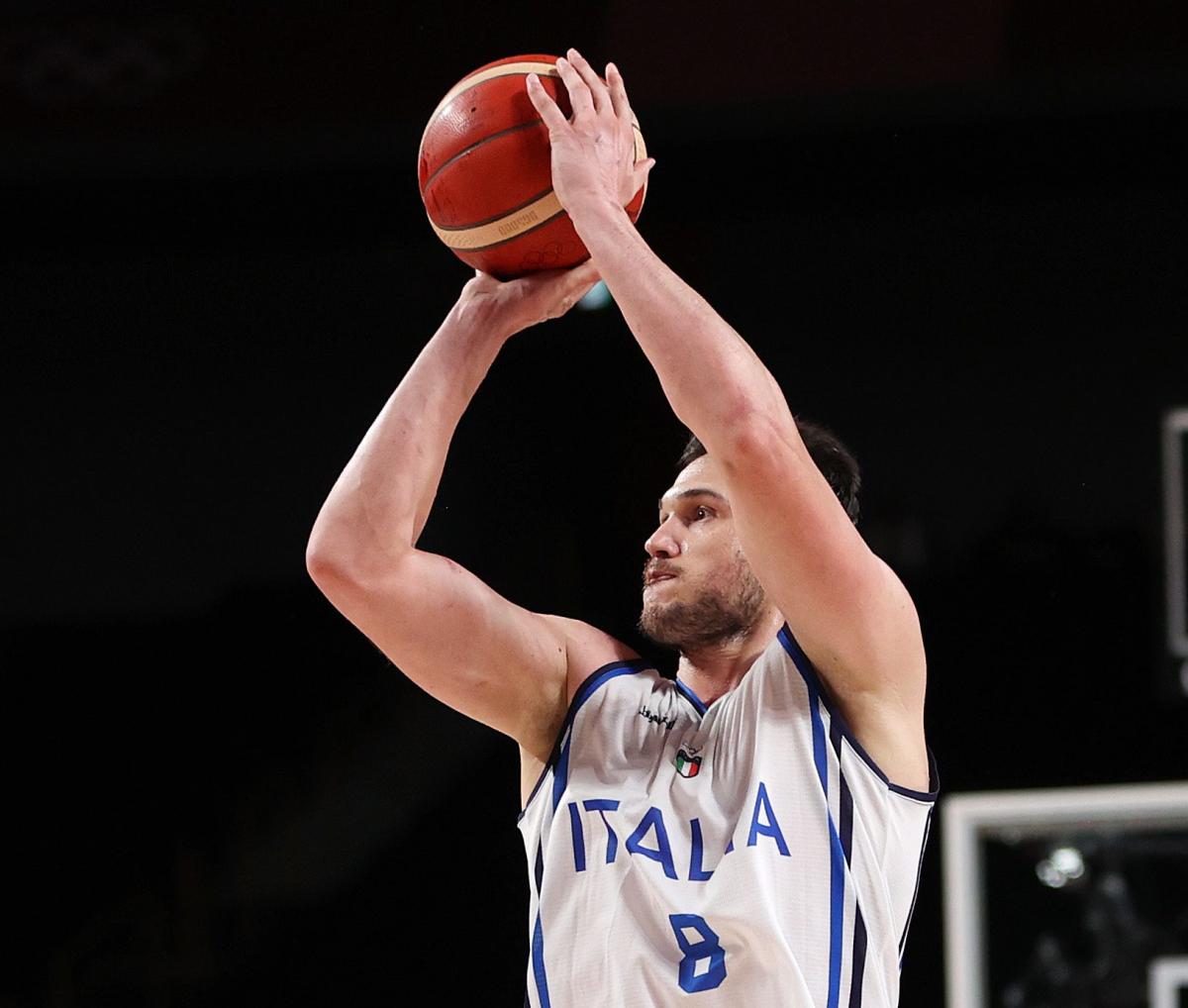 He might have left the game (and FIBA EuroBasket play this summer) with an injury late in the game’s fourth quarter in his Italian National Team’s game against the Georgian National Team in FIBA World Cup qualifying play, but veteran Boston Celtics forward Danilo Gallinari managed to leave his smark on Italy’s 91-84 win just the same.

While he will be out recuperating from a meniscal tear for some time, in the contest, Gallo put up 17 points, 4 rebounds, an assist, and a block in just 15 minutes of floor time, picking up a personal foul and turning the ball over one time as well.

The Italian swingman was especially efficient Saturday, hitting 6-of-7 of his field goal attempts overall, including his sole attempt from beyond the arc.

If you want to see how he was playing before the injury, check out the clip embedded above courtesy of the Bllen YouTube channel, but be advised, his injury is near the end — you might want to cut it a bit short if that sort of thing is not your cup of tea.

Will star Boston Celtics forward Jayson Tatum keep his assist numbers up in 2022-23?

Celtics Lab 138: Where are they now? Keeping tabs on players from the past with Honest Larry

See also  Bucks Grayson Allen has procedure on finger, will be ready for camp