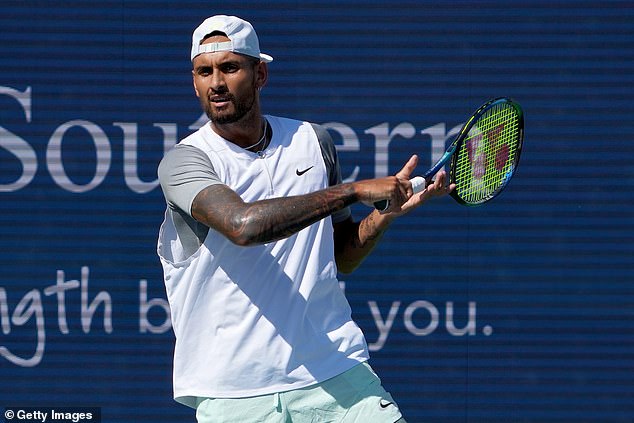 Nick Kyrgios has been handed a heart-pulling first-round encounter at the US Open, drawn against his big-hitting pal Thanasi Kokkinakis in an all-Australian blockbuster.

And in a Flushing Meadows men’s field without Novak Djokovic, Rafael Nadal will open his bid for a 23rd grand slam title against Australian wildcard Rinky Hijikata when the main draw kicks off next week.

The two great friends Kyrgios and Kokkinakis – the ‘Special Ks’ when they play together as a doubles team – have been pitted against each other in a tough quarter, which also features Russia’s No.1 seed and defending champion Daniil Medvedev.

Nick Kyrgios plays a forehand at the Western & Southern Open earlier this year. 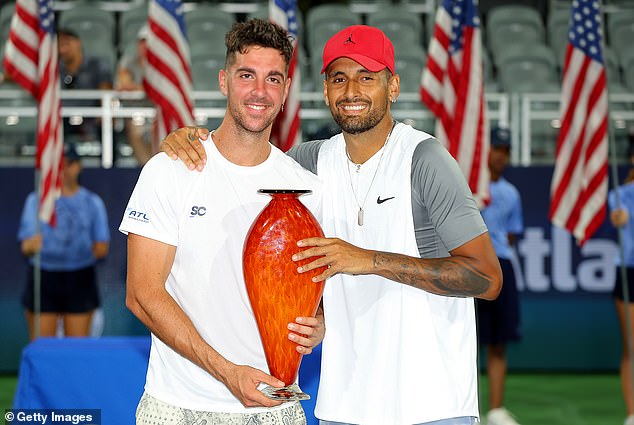 Thanasi Kokkinakis and good friend Nick Kyrgios pose with the trophy after winning the doubles final of the Atlanta Open. The two will meet in the first round  of the US Open.

The Australian Open-winning pair, who will be also be seeking a third title of the year together in the men’s doubles, have never played against each on the main tour, though Kyrgios did win their two lower-level encounters when they were up-and-coming teens.

When Kyrgios was notified of the draw he posted a photo of himself and Kokkinakis with the message, “My brother let’s give ’em a good show.”

The No.23 seed Kyrgios, one of the favourites for the title after his outlandish run to the Wimbledon final and subsequent victory in Washington, has a minefield draw.

If he beats Kokkinakis, he’ll likely play dangerous French leftie Ugo Humbert in the second round and battle-hardened Spaniard Roberto Bautista Agut, the No.16 seed in the third, before a possible match-up with Medvedev. 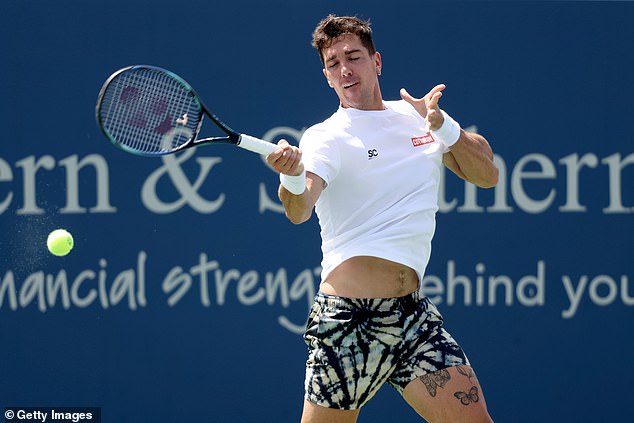 Thanasi Kokkinakis of Australia returns a shot to Jannik Sinner of Italy during the Western & Southern Open.

But the whole men’s field will feel their chances have been lifted by the absence of Djokovic, who announced on social media less than two hours before the behind-closed-doors draw that he wouldn’t be coming to New York.

US rules wouldn’t allow the Serb, who’s still unvaccinated against COVID-19, to enter the country to bid for a fourth title, opening up a big opportunity for Nadal to race further ahead in their ‘GOAT’ race.

So Hijikata, the 21-year-old prospect from Sydney who’s been handed a wildcard as part of US tennis’s reciprocal arrangement with their Aussie counterparts, has a dream – or potentially nightmarish – encounter with No.2 seed and four-time champion Nadal.

Alex de Minaur, the Australian No.1 and No.18 seed, will open against Serbian Filip Krajinovic. 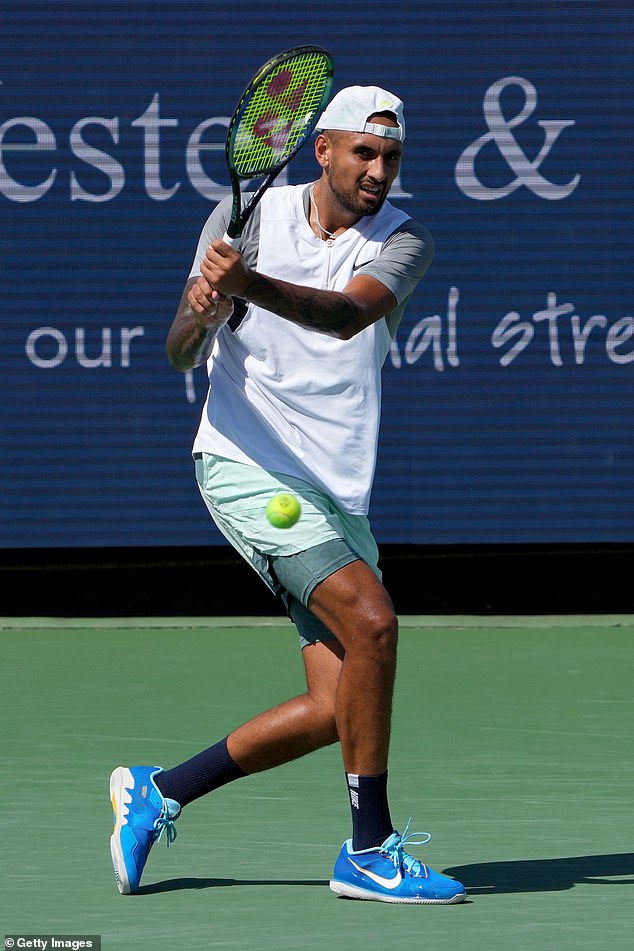 Nick Kyrgios is one of the favourites to win the US Open after his outlandish run to the Wimbledon final and subsequent victory in Washington.

And there’s another all-Australian clash first up with James Duckworth meeting his fellow Sydneysider Chris O’Connell, while the in-form Jason Kubler will aim to continue his breakthrough year by beating Sweden’s Mikael Ymer.

In the women’s draw, all eyes were on 40-year-old Serena Williams’ first opponent, at what is expected to be the last tournament of her career.

She’ll face Montenegro’s world No.80 Danka Kovinic, with a potential second-round encounter against No.2 seed Anett Kontaveit, of Estonia.

Defending champion Emma Raducanu, whose victory as a qualifier last year was dubbed the Fairytale of New York, has a tough opener against renowned giant-killer Alize Cornet, who knocked out No.1 seed Iga Swiatek at Wimbledon.

Australia’s in-form No.1 Ajla Tomljanovic will face the Czech Republic’s Karolina Muchova in her first match, and, if she got past a likely second-round opponent Martina Trevisan, could possibly meet Williams in the last-32.

The Aussie No.2 Daria Saville will take on Romania’s Elena-Gabriela Ruse in her opening match, while Jaimee Fourlis, also handed a wildcard, will play a qualifier yet to be decided. 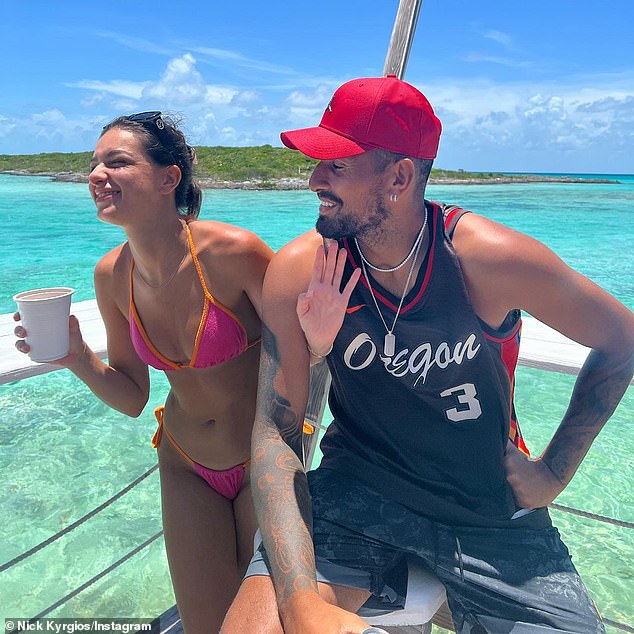 AUSTRALIAN PLAYERS’ FIRST-ROUND DRAW AT THE US OPEN