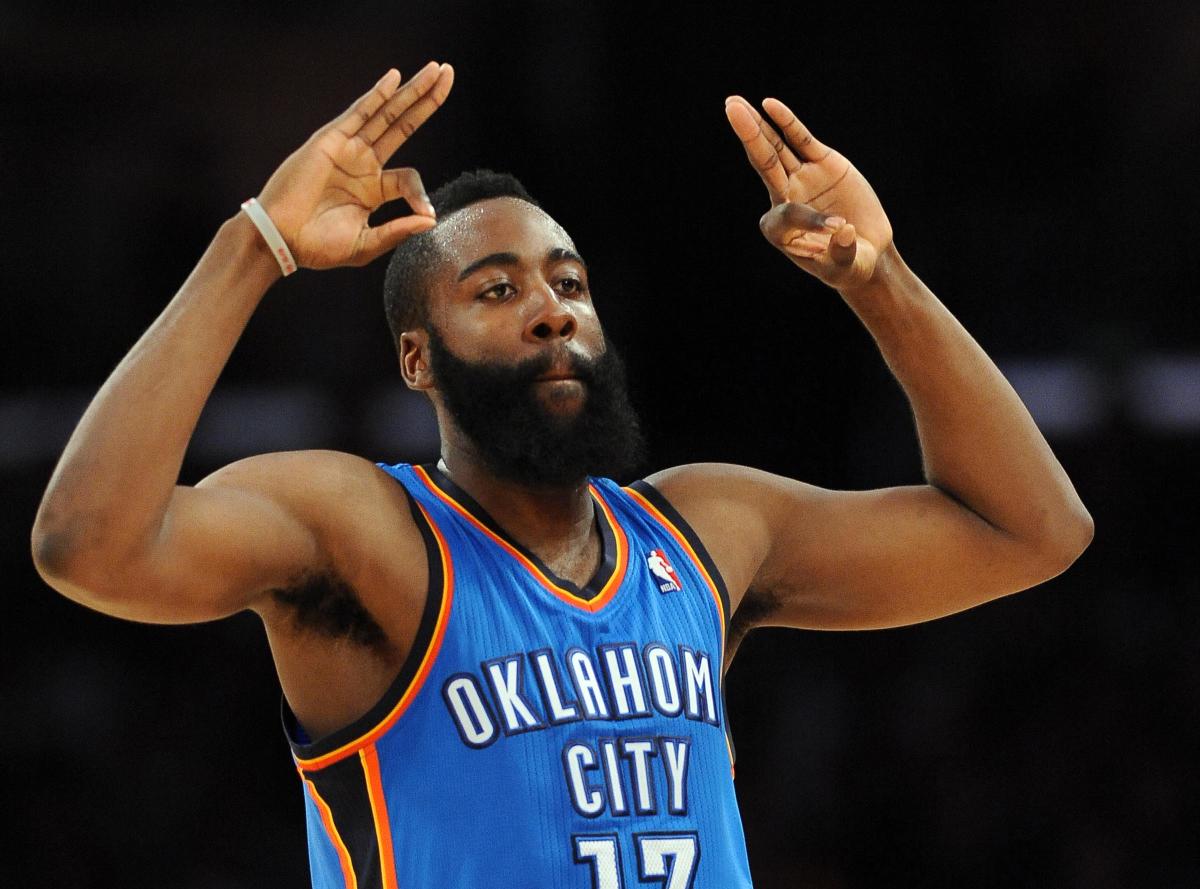 A sixth man is basically the best player off of the bench for a team. The NBA hands out a sixth-man-of-the-year award every season for this feat. Since 2000, the Oklahoma City Thunder won this award just one time — in 2012 with James Harden.

Harden finished with an honorable mention and was not viewed as a top-five bench player during his time with the Thunder.

“Before Harden found his calling as a net-shredding MVP, he spent his first three seasons making his presence felt off the Oklahoma City Thunder’s bench. The Sooner State’s spark plug was spectacular by his third NBA go-round, averaging 16.8 points, 4.1 rebounds and 3.7 assists while posting a pristine 49.1/39.0/84.6 shooting slash.

While that effort earned him Sixth Man of the Year honors, it also ended his run as a super-sub. The Houston Rockets snatched him up that offseason and quickly handed over the keys to the franchise. It was, obviously, a brilliant move for Space City, but it hurts him in an exercise like this since he loses the longevity argument.”

The argument laid out is sound. Harden only came off the bench for his first three seasons in the league and really blossomed into one of the best sixth men in his third season when he won the award.