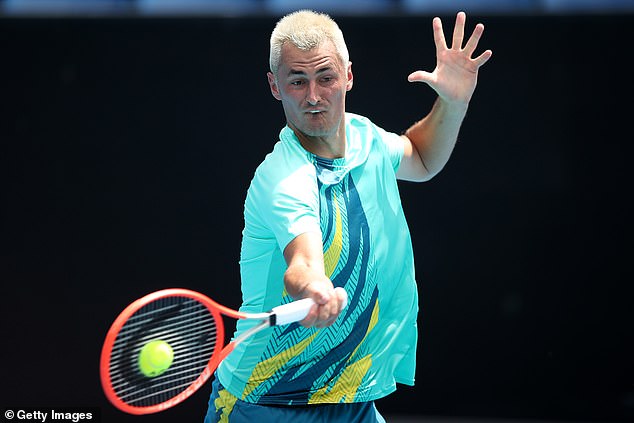 Bernard Tomic gets just $3,000 for winning his first tournament in four years – soon after the man he challenged to a high-stakes match, Nick Kyrgios, earned $440,000 at the US Open

Seeded fifth in Cancun, Mexico, the 29-year-old took home $3210 for his win in the ITF event, which is two levels below the ATP tour.

It is a far cry from his fierce rival Nick Kyrgios, who collected $440,700 in prizemoney after reaching the quarter-finals of the US Open.

He also was fined five times by officials across his two weeks at Flushing Meadows, meaning he was in line to collect almost $500,000 after factoring in his money for making the third round of the men’s doubles alongside Thanasi Kokkinakis.

Kyrgios also snared a whopping $1.8million after making the Wimbledon final – and split a further $675,000 with Kokkinakis after winning the men’s doubles final at the Australian Open. 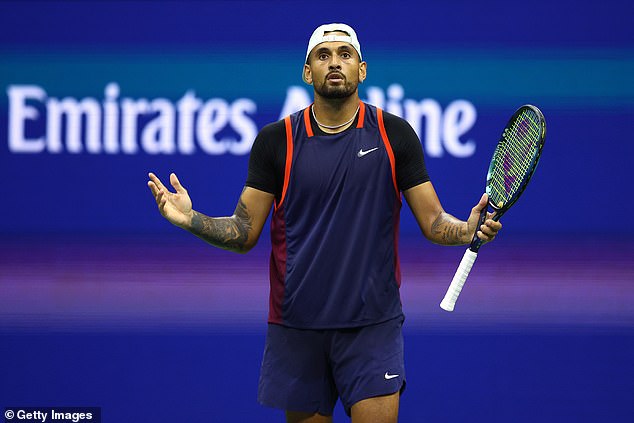 Tomic and Kyrgios have engaged in a vicious war of words this year on social media, with Kyrgios at one stage labelling Tomic Australia’s ‘most hated athlete’.

Tomic, once ranked 17 in the world, then turned heads after boldly declaring he could one day win Wimbledon.

Kyrgios, 27, went close, losing the final in four sets to Novak Djokovic at the All England Club in July.

Following his success in Mexico, Tomic will rocket almost 150 places up the ATP rankings list next week after ballooning to 801 in the world.

Considered by many to be a wasted talent, Tomic appears determined to finally realise his on-court potential.

He posted a cryptic message to his Instagram story after winning the ITF M15 tournament in Cancun, which is better known as a party hot-spot.

Accompanied by a picture of a lion, the motivational message meme said: ‘The person I am becoming is going to shock a lot of people.’

But with Kyrgios, Alex de Minaur and Kokkinakis already established Aussie stars on the professional circuit, Tomic may have left his run too late. 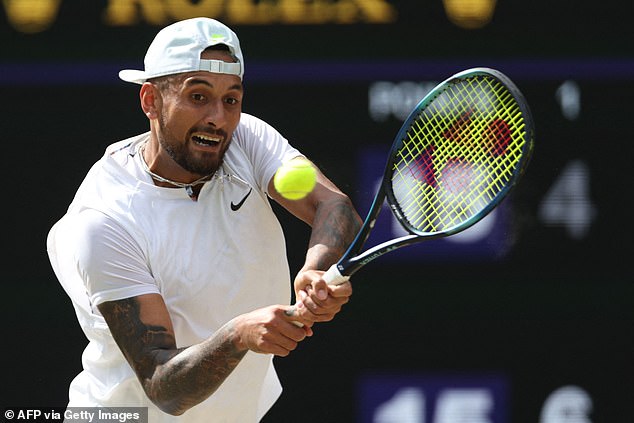 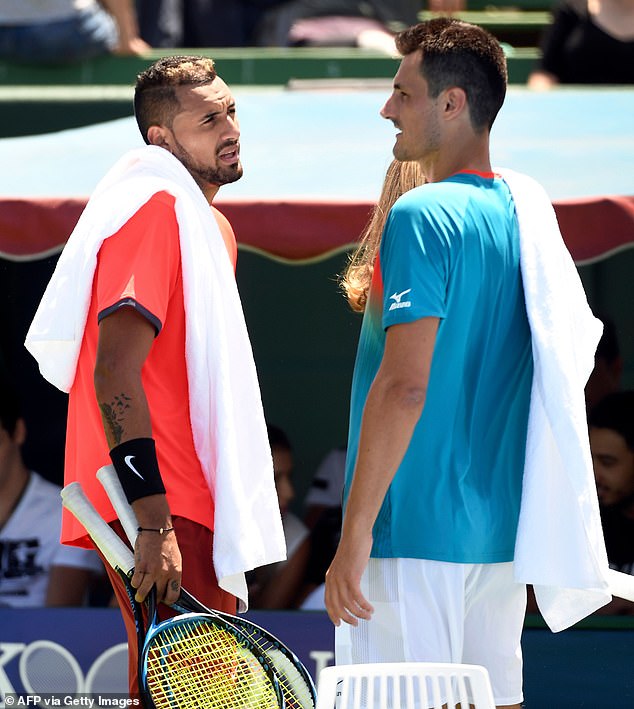 Once quite close, Kyrgios previously labelled Tomic ‘Australia’s most hated athlete’ in a savage online attack – it saw a fired up Tomic challenge Kyrgios to a boxing bout or $1million tennis match

Young guns such as Rinky Hijikata – who took a set off Rafael Nadal at the US Open – are ready to showcase their talent ahead of a summer of tennis in Australia.

A wildcard for the Australian Open is unlikely for Tomic, given he has burnt countless bridges with Tennis Australia.

Previous years cruising the streets of Surfers Paradise in a Ferrari as opposed to honing his craft on court left many shaking their heads, and Tomic’s high profile falling out with Aussie tennis legend Lleyton Hewitt didn’t help his cause either.

Last year, Tomic talked a big game, outlining his desire to return to the world’s top 100.

‘Whatever it takes to get back to the top. Hard work pays off. I put my blood, sweat and tears into this sport. I’ve come back before and it’s time to set the record straight.’

If he keeps winning tournaments, Tomic may be true to his word and shock the world.