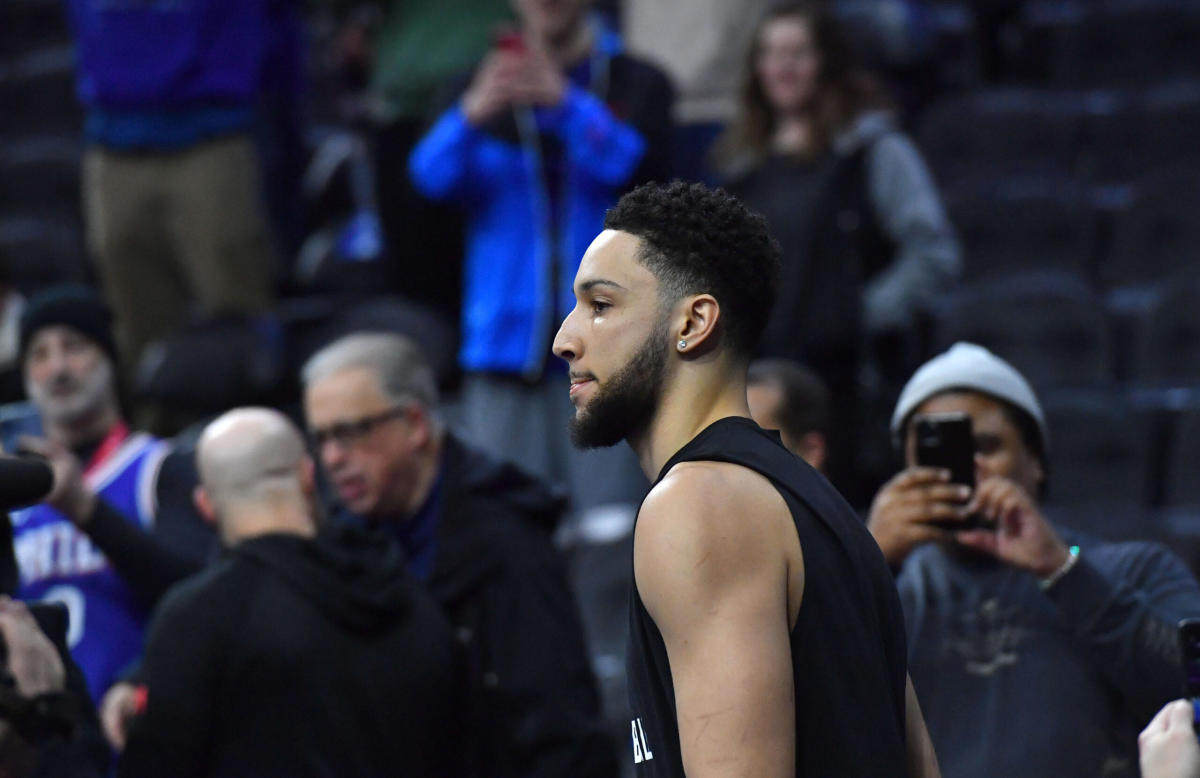 The saga that ended Ben Simmons’ time with the Philadelphia 76ers certainly was ugly. After a very tough ending in Game 7 of the 2021 Eastern Conference semifinals, Simmons had a tumultuous summer, leading to a trade request a few weeks before training camp.

Simmons then did not report to the team which then led to a mental health issue for him and it then led to him just not playing another game for the franchise.

Finally, after months of speculation about whether he would return and play a game for them at some point, Simmons was dealt to the Brooklyn Nets for James Harden. The Nets then made a trip to Philadelphia after the trade and Simmons was ridiculed and received a ton of boos from the Philly crowd.

Simmons hopped on “The Old Man and the Three” podcast with former teammate JJ Redick and he was asked about his time in Philadelphia and Sixers fans. Redick asked Simmons about his lack of a jump shot and it being magnified in Philadelphia.

Simmons responded with this:

People in Philly just want to have something to say about (expletive) anything, man. Like, everything. Like literally everything. I post a picture of a (expletive) car or a dog and I got reporters saying ‘You should be in the (expletive) gym’. Like, come on, man, but yeah, for sure. Philly is obviously a sports city. My experience playing there was incredible. Like, for the most part, it was incredible. I had a great time. Like, the fans are unbelievable. I still have an apartment there. So I do own some real estate in Philadelphia, still. So I feel like I’m part of Philly still, but it’s just unique. Like, even being in Brooklyn now, it’s completely different. Like this is a different experience for me and I value just that time I did spend in Philly, because I was able to learn and grow in that city and I got friends for life there. I got—my brother lives there. Like, I got family there. So, yeah. Philly’s great. I think people have like a thought that I think that I hate it.

Please be advised that the clip below contains language that some might consider offensive.

Simmons and the Nets will play in Philadelphia on Nov. 22 and this time, the 4-time All-Star is expected to play in the contest.