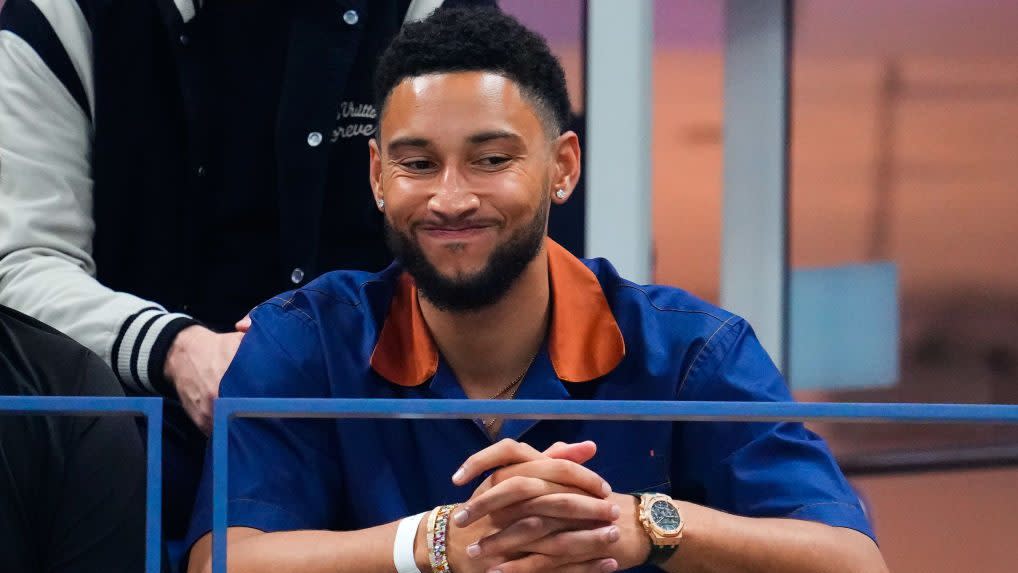 We haven’t seen Ben Simmons on an NBA court for more than a year. That will change in the coming weeks.

However, first he opened up to JJ Redick on the “Old Man and the Three” podcast — starting with what happened on the infamous dunk he passed out of in Game 7 vs. the Hawks in 2021, a play Joel Embiid said turned the game.

“I just spun and I’m assuming Trae Young is gonna come over quicker. So I’m thinking he’s gonna come quickly and I see Matisse Thybulle going and Matisse is athletic and gets up so I’m thinking, ‘Okay, quick pass, he’s gonna flush it’ not knowing how much space there was that happened. It happened so quickly that you just make a read. And in the playoffs, you need to make the right decisions majority of the time. And for that moment. I mean, it happened and I was like, Okay, f***, now we gotta go make another play.”

Simmons then owned how bad it looked in replay (although he didn’t talk about how it looked like a guy who didn’t want to get fouled because of his struggles at the line).

“Yeah, it was terrible. I was like, when I look at it now I think, man, punch that s***. But it didn’t happen. And I was okay, that I can live with it, okay. I mean, everyone’s trying to kill me over one play.”

Simmons opened up in the podcast about other areas, like when coach Doc Rivers kicked him out of practice.

See also  Celtics not intimated by the moment vs. Warriors in rallying to win Game 1 of NBA Finals

“I just was not in that place to play. Like, I wasn’t, I just couldn’t do it. And you’re getting kicked out that that practice that day actually spoke to Doc Rivers before practice. I was like, ‘Doc, I’m not ready. Mentally, I’m not ready, please. Just understand that.’ I tried to let him know prior. Then he’s like, ‘Well, I’m gonna put you in any way.’ And he told me to get in. I looked at him. It was like one minute into practice. Like, ‘you get in.’ And I’m like, ‘first of all, no one’s doing that, you’re doing this on purpose.’ And that’s how it felt to me like, ‘okay, so it seems like everyone’s just trying to f*** me now.’”

And how the talk of him not having a good jump shot got in his head.

“I didn’t really realize that early on in my career because this started building up and I’m like, ‘They’re saying I can’t. Should I not? I’m f****** confused now… It did f*** with me a lot. But I kind of found peace in a place where I’m just like f*** it, it’s basketball.”

Simmons’ level of play and fit is one of a gym full of questions for the Brooklyn Nets to answer as they head into training camp next week. If everything clicks this team is a title contender, but the lineup of questions runs out the door and around the block, and Simmons is a big one.

Kyrie Irving on Nets getting swept by Celtics: ‘We needed that humbling… Is LaMarcus Aldridge likely to retire? Nets’ Joe Harris expected to be 100% for training camp