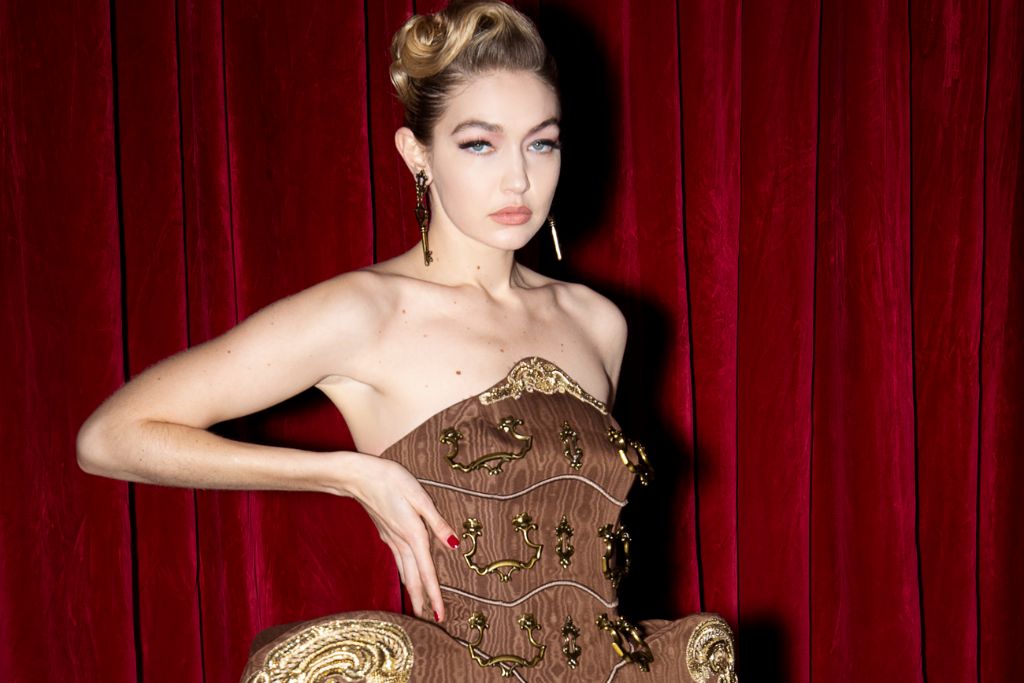 Everybody is striking a pose again — especially the Hadid sisters.

On the runway at Moschino’s fall ’22 show during Milan Fashion Week Thursday, Bella and Gigi leaned heavily into creative director Jeremy Scott’s vision of an opulent, haute salon world, walking in a series of sculptural gowns that demanded their own catwalk performance.

The gowns were part of a larger fall ’22 collection that started with a few archival references from 1989 and 1990, when Moschino founder Franco Moschino debuted a series of brooches in the shape of cutlery and hot-and-cold water faucet handles as accents in his ready-to-wear pieces. From there, Scott ran with it (as he is wont to do), riffing on other things you might find in a fancy salon setting, such as fringed lamp shades for hats, oversized candelabras for headpieces, silver trays for bustiers, cutlery on high heel pumps, gowns with trains in the shape of woven rugs, and a series of chandelier pieces references that included everything from earrings to gown embellishments to swingy bra tassels.

Gigi Hadid first walked the runway in a sculpted bodice gown shape. Then sister Bella came out in a gold thread baroque motif velvet gown. She came out again in a sculpted black satin gown with cutouts. Gigi closed the show in a shirred gold lamé gown with a white chiffon skirt. Each one preened for the cameras at the end of the runway, striking various poses. Other models walked the runway in a similar exaggerated fashion, stopping at each side of the platform to pose to each part of the audience.

This isn’t the first time that the Hadid sisters have played into Scott’s whimsically campy shows. At Moschino’s fall ’20 Marie Antoinette-themed show in February 2020, Gigi pranced across the catwalk at the finale. But the latest show does reflect a growing trend across fashion cities and their respective fashion weeks to embrace a less rigid form of presenting clothes. This season, Sergio Hudson had his models whirling and twirling, early ’90s style, across a raised catwalk. At Sunnei, models didn’t walk, they ran the runway, which was actually a

Posing on a runway has its own world of references, of course. In ballroom and drag culture, walk offs between houses depended on creative presentation, dancing and other body movements — in addition to the realness of the actual looks on the participants. At Moschino, models hinted at this legacy that ballroom culture has brought the the mainstream recently. 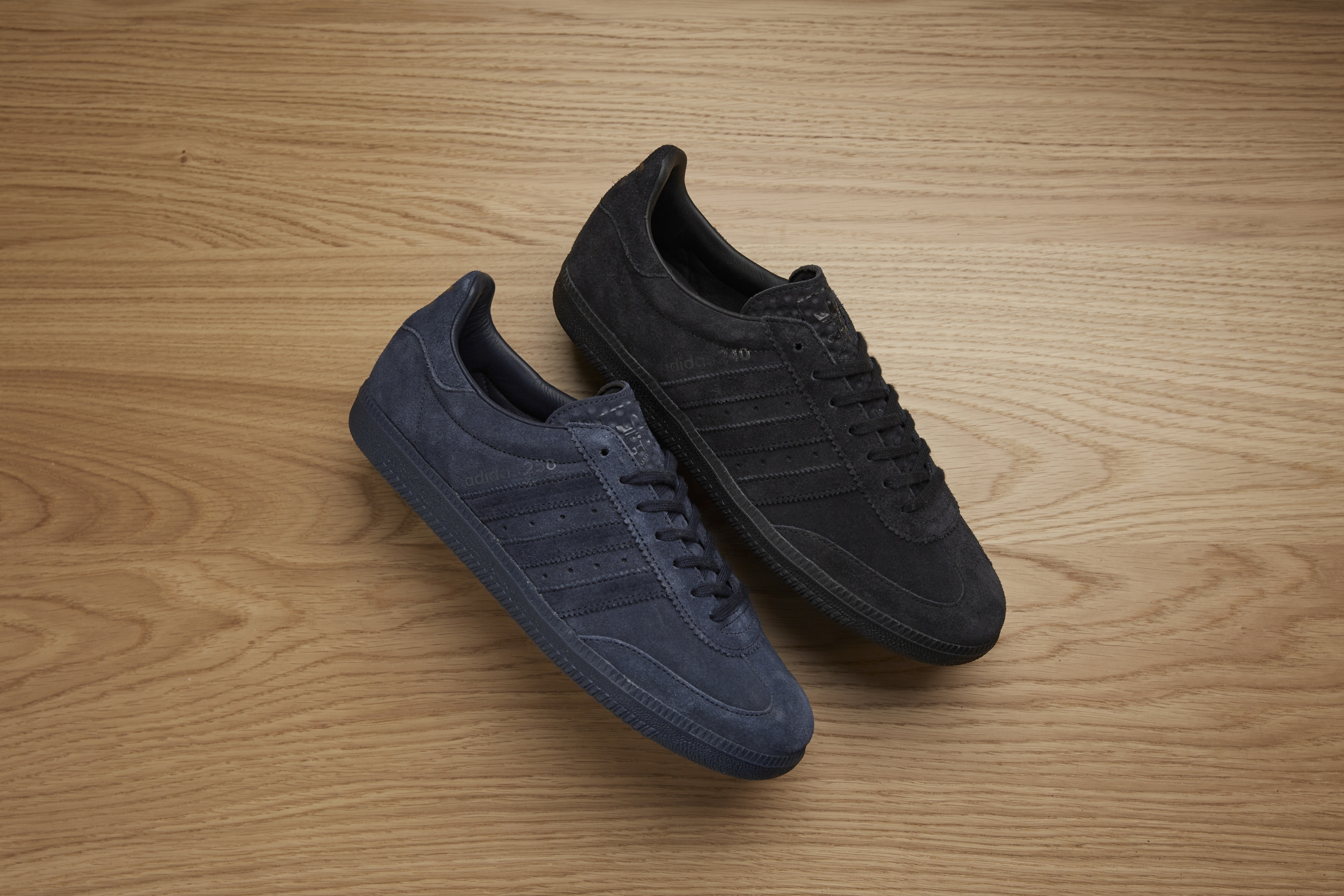 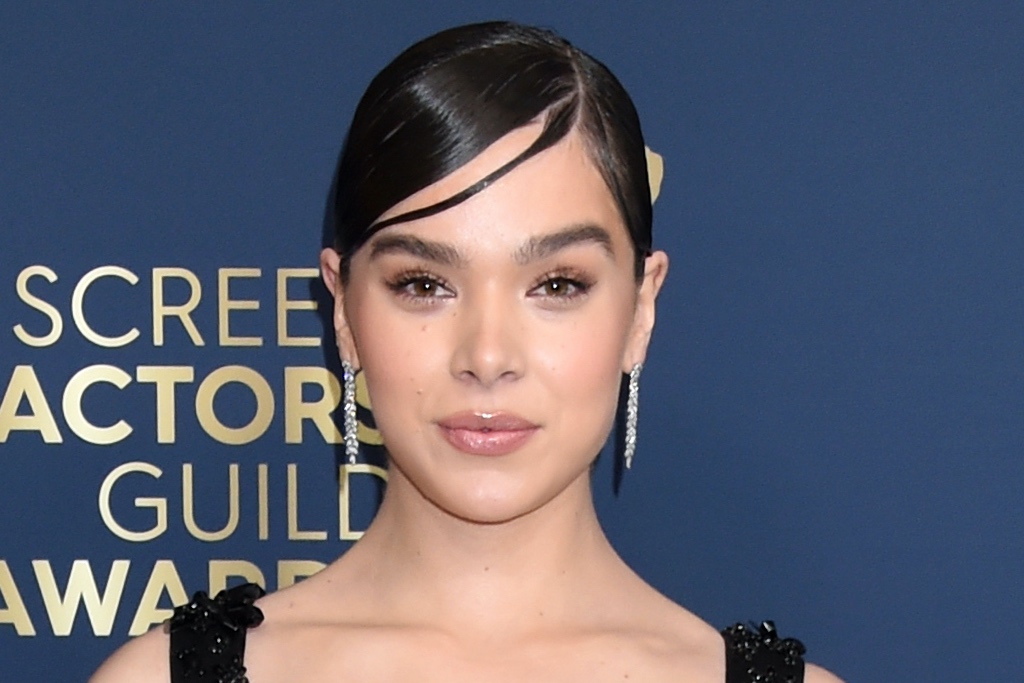 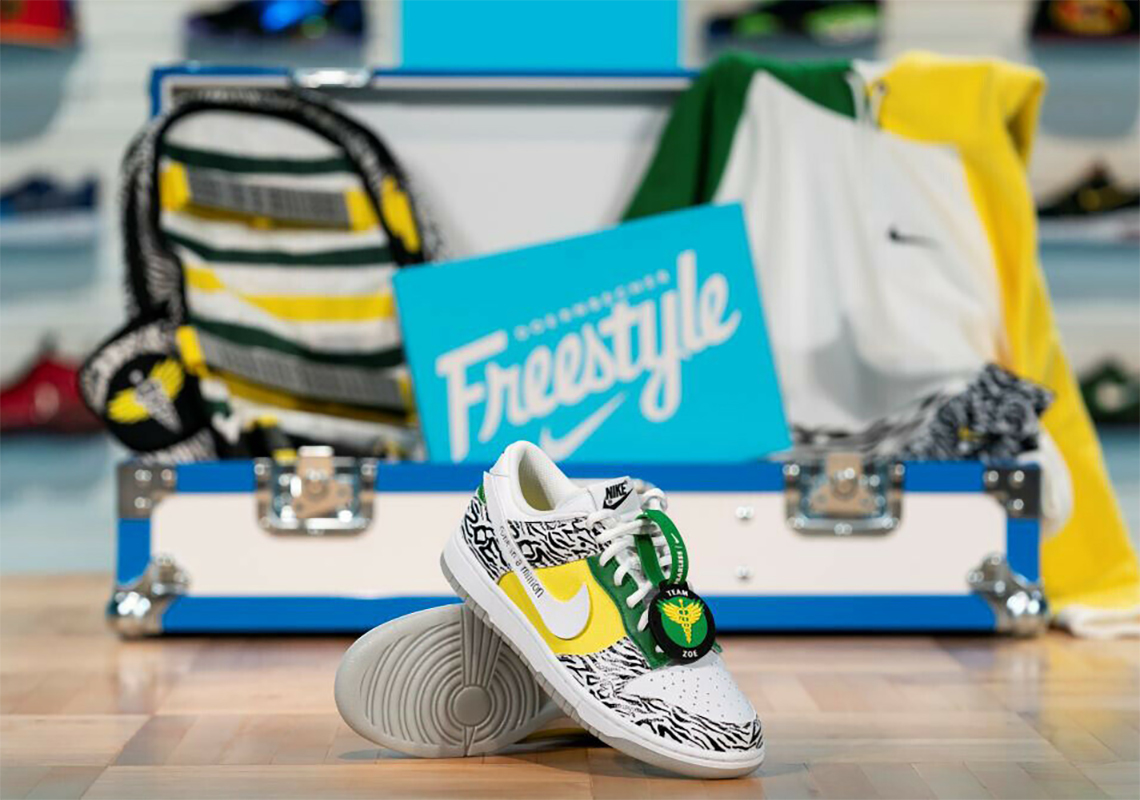 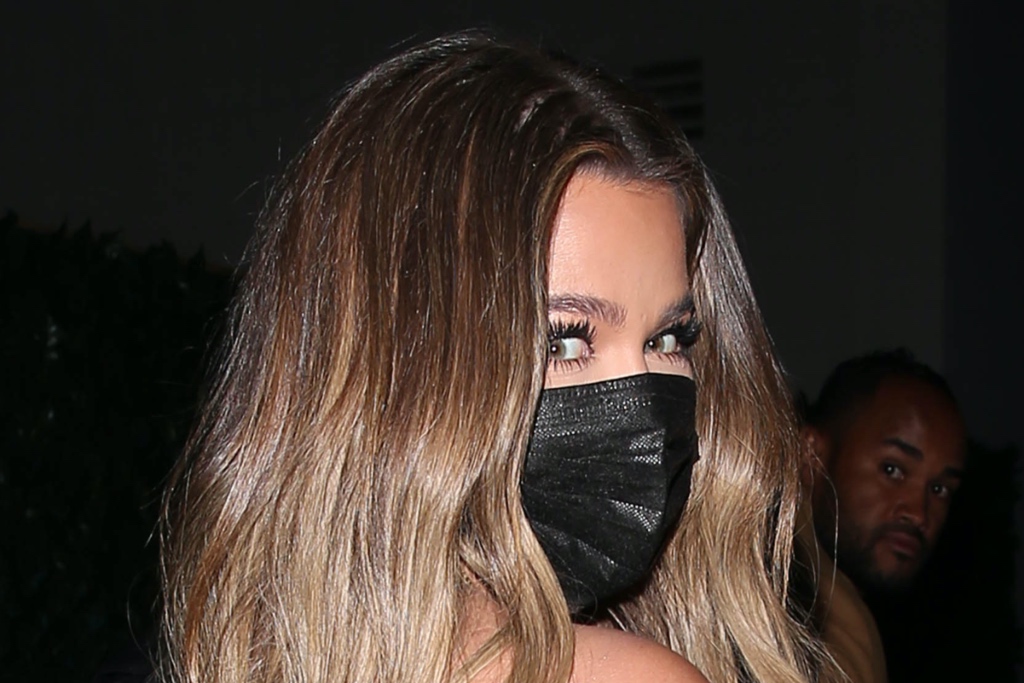