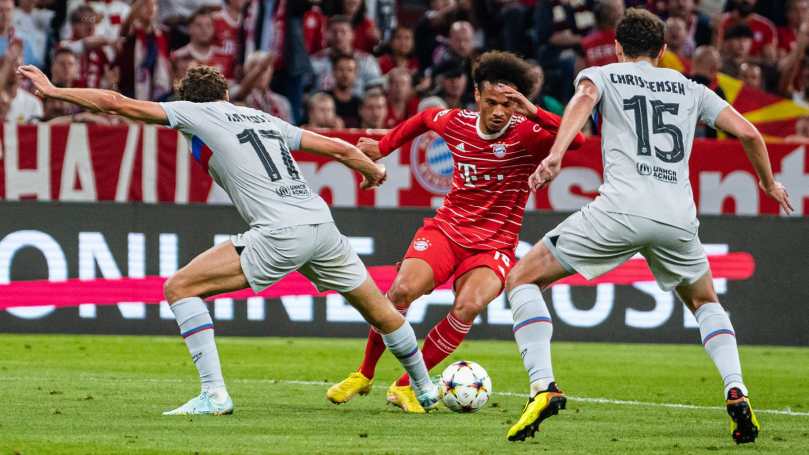 Bayern Munich vs Barcelona Highlights: BAY 2-0 BAR – German giants Bayern Munich bettered their Catalan opponents with a spirited second-half performance to seal the tie 2-0 in their favour. Lucas Hernandez gave the Bundesliga side an early in the second half which was then followed up with a stunning Leroy Sane goal. Barcelona played exceptionally well in the first half but star forward Robert Lewandowski was unlucky in missing out clear-cut chances.  Follow UEFA Champions League 2022-23 LIVE updates with InsideSport.IN

Xavi fielded a Barca side that went toe to toe with their German advisories. Barcelona completely dominated the first half of the game, from winning second balls to creating more chances and ball possession, the Catalan side had it all. It was not a pleasant homecoming for Polish striker Robert Lewandowski.

Lewandowski got plenty of chances to score more than one goal for his side but had an off day in the office. Bayern manager Julian Nagelsmann decide to introduce a change at half time which proved crucial in tuning the game on its heel. The Bayern manager decided to replace Marcel Sabitzer with Leon Goretzka and the defensive shape of the Bavarian- side settled down.

Lucas Hernandez opened the scoring from a Joshua Kimmich corner and then it was the German forward Leroy Sane who scored a stunning solo goal to sink the hearts of all Blaugrana fans.

What happened next? 👀#UCL pic.twitter.com/o4KSWRbzIP