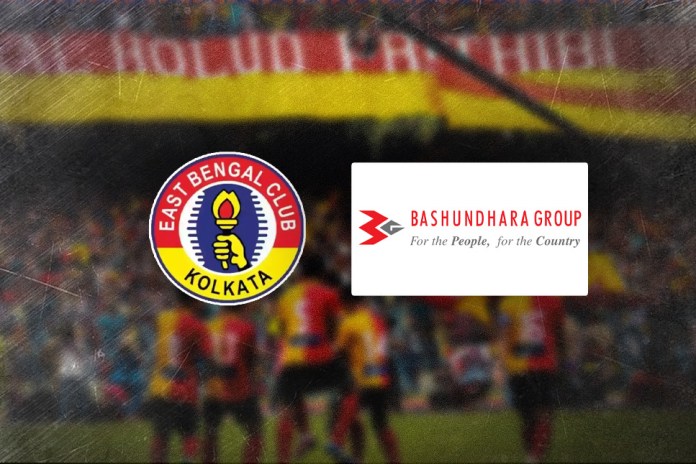 The visit to the club’s Kolkata tent has raised the speculation which were circulating for a few days. Some rumours suggest that the Bashundhara Group can be the new investors for the Red and Golds. The Kolkata-based outfit are all set to part ways with their current investors, Shree Cement after disagreements on various fronts. The Bridge came up with a report claiming that East Bengal have started talks with Bashundhara Group on investing in the Indian Super League outfit.

Thank you everyone
For the warm reception.

Sayem Sobhan Anvir is also the Chairman of another Bangladeshi outfit, Sheikh Russel. East Bengal chief Debabrata Sarkar revealed how they had already planned a friendly match between the Red and Golds and Sheikh Russel. He is even ready to travel to Bangladesh if needed.

On behalf of East Bengal, Debabrata Sarkar said, “If the schedule with Indian football calendar matches, the friendly football match between Sheikh Russel and East Bengal will be held. In that case, we will go and play in Bangladesh.”

Sayem Sobhan then added how both Bengals are similar and he would like to have a tournament between Sheikh Russel and East Bengal and the event will be sponsored by the Bashundhara Group.

East Bengal have had sour experiences in the past with Quess early on as their investors. Then came Shree Cement and after a long discussion, they made it to the Indian Super League last season. However, there have been major disagreements from both sides leading to another farewell. East Bengal officials and fans were not happy with the squad that they have managed to build together last season and the same has been the case in the current campaign. The Red and Golds have a glorious history and legacy filled with massive accolades. Hence a tie-up between the Bashundhara Group and East Bengal will be beneficial for both parties. It s understood that this was just the start and both parties will have to move to and fro from Kolkata and Bangladesh in recent months until the deal is done.