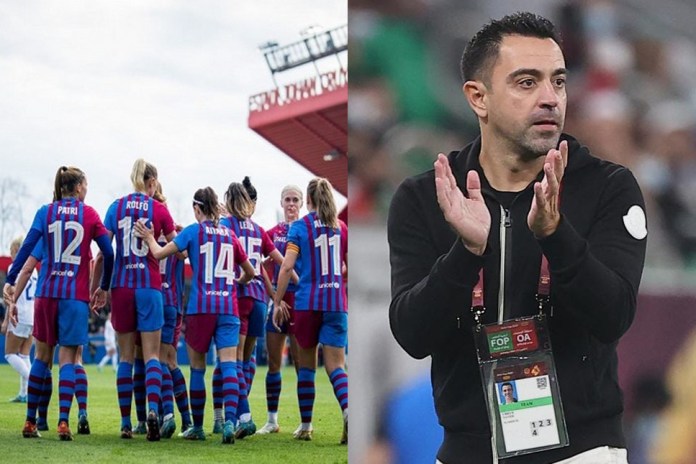 Barca Women were crowned Primera Iberdrola champions this Sunday in front of a passionate crowd at Estadi Johan Cruyff. The victory against Real Madrid (5-0) means their points total cannot be surpassed, even with six games to go, a testament to their superb run of 24 wins in 24 games. However, the men’s Blaugrana side have not won La Liga since 2018-19.

FC Barcelona: Xavi feels that the Barcelona Women’s team’s exceptional performances are motivating the men’s team to do well

“For several years [the women’s team] have been showing us the way with how they play, how they compete and the hunger they have despite winning everything last year,” the Spanish head coach told reporters.

“We have been watching them and it’s a wonder to see them play. They are leading the way in the same way as the Dream Team did in their day or as Pep [Guardiola’s] Barca side did later. They are an example for the men’s team,” he added.

Barca Women have reaffirmed their dominance in Spain with this league win – they have the most title wins, Copa de la Reina wins, and Spanish Super Cup wins (the only team from Spain to win the Champions League too).

FC Barcelona: Xavi feels that the Barcelona Women’s team’s exceptional performances are motivating the men’s team to do well