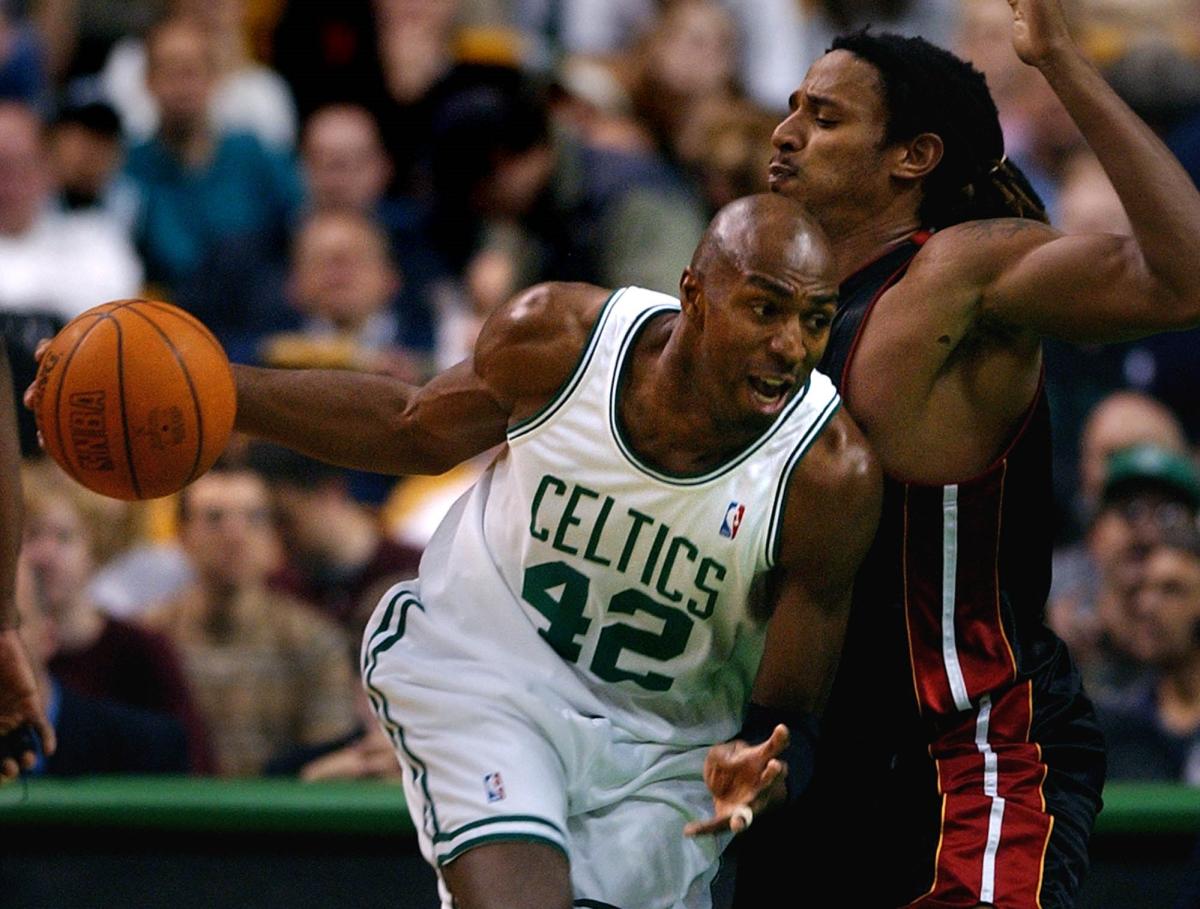 On this day in Boston Celtics history, big man Vincent Lamont “Vin” Baker was born in Lake Wales, Florida back in 1971. Baker played his college ball at the University of Hartford in nearby Connecticut, where he won America East Player of the Year in 1993 before being selected with the eighth overall pick by the Milwaukee Bucks in the NBA draft that same year.

The future Celtic would make the 1994 NBA All-Rookie First Team in his inaugural season in the league, and play stints with the Bucks and (then) Seattle Supersonics (now, Oklahoma City Thunder) before joining Boston.

That would materialize via Baker being traded to the Celtics with Shammond Williams to Boston for Kenny Anderson, Joseph Forte, and Vitaly Potapenko.

The Hartford product developed problems with his weight and alcoholism that would ultimately lead to his being suspended and released from the team in February of 2004.

Baker would eventually turn things around after a few more stints in the league, returning to Milwaukee as an assistant coach in 2018. He averaged 7.7 points and 4.6 rebounds over two seasons with the Celtics.

It is also the birthday of former Boston wing Earl Shannon.

Born this day in 1921 in Providence, Rhode Island, Shannon played for the hometown University of Rhode Island collegiately, and after he remained local with the Providence Steamrollers of the Basketball Association of America (BAA — a precursor league to the NBA).

He joined Boston as a free agent in 1949, for whom he played just 5 games, averaging 1 point per game across them.

It is also the date that forward Justin Reed made his debut for the team in 2004 in a 106-96 road loss to the Indiana Pacers.

The Ole Miss product did not have much of a chance to do anything in his sole minute of playing time, going scoreless across the board.

Finally, it is also the date that former owner of the team Marjorie Dennison Hall Brown passed away in 2000.

Husband of the team’s creator and first owner Walter A. Brown, she became the Celtics’ second owner after her husband passed away in 1964, with her and minority owner splitting ownership 50/50 with minority owner Louis Pieri.

Brown and Pieri both sold their shares to the Ruppert Knickerbocker Brewing Company — a subsidiary of Marvin Kratter’s National Equities — in 1965. Rest in peace.