France are pinging it around in a frenetic manner. Austria are holding their shape, though, just about … but suddenly captain David Alaba goes down and performs the internationally recognised mime for Sub Me Now. A most unwelcome development for the hosts.

France win a series of corners. A sense that an equaliser is in the post.

Inevitable substitutions dept. France have sent on Kylian Mbappé, while Marko Arnautović has finally succumbed to his back injury.

… so having said that, Modric finally shows up, grooving down the right and standing one up for Andrej Kramarić, free, six yards out. His cross is a couple of millimetres too high. Very close to opening the scoring.

Denmark are still enjoying the greater share of possession in Copenhagen, despite the arrival of the magician Modric. Pierre-Emile Højbjerg goes up for a header against Dominik Livaković, and beats the keeper to win it, but the whistle goes as he looks to tap the dropping ball into the unguarded net. Then Højbjerg has a lash from distance. It flies inches wide of the left-hand post.

It’s French attack versus Austrian defence in Vienna at the moment. The hosts are struggling to get out of their final third. Coman really should have scored back there.

Yep. Stefan Lainer, on a booking and having already had a talking-to by the ref, is replaced by Valentino Lazaro. But there’s no immediate change in the direction of play. First up, Benjamin Pavard warms Patrick Pentz’s hands with a long-distance rake. Then Pavard crosses from the right. Antoine Griezmann takes the ball off Karim Benzema’s head, and it skims to Kingsley Coman, who has the ball at his feet, ten yards out. He’s got time, and the whole of the goal to aim at … but blazes over. A lot of French heads being held in hands right now.

Kingsley Coman turns Stefan Lainer this way and that down the left, but can’t find Antoine Griezmann alone in the middle. France have picked up the pace. It looks as though Ralf Rangnick is considering a change to nix their momentum.

Nothing’s happening for Karim Benzema yet. He meets a dropping ball on the left-hand corner of the Austrian six-yard box, and creams a volley, but Gernot Trauner bravely gets in the road, and nothing comes of the resulting corner.

Denmark and Croatia are up and running again in Copenhagen. Danger for the Danes: Luka Modrić and Mateo Kovačić are on!

Stefan Lainer, who has already been booked, clatters clumsily into Kingsley Coman. The French midfielder is quick to remind the referee of Lainer’s disciplinary status. The ref wags his finger at Lainer in performative fashion, but nothing more.

The half-time scores in tonight’s other Nations League games …

… and the full-times from earlier …

Denmark have done most of the attacking, Croatia the lion’s share of the defending. And here we are. As things stand, Denmark will end the evening at the top of A1, one point clear of Austria, five clear of Croatia, and six clear of the world champions France.

Andreas Weimann’s first goal for Austria is the difference right now in Vienna.

Stefan Lainer powers down the Austrian right. He loops in low for Marko Arnautović, who attempts to spin and slot into the bottom left. Arnautović doesn’t quite catch it, and Hugo Lloris claims. France counter, and Karim Benzema once again tests Patrick Pentz, aiming a curler towards the top right. Once again, the Austrian keeper sticks up a strong arm to turn the ball out for a corner, from which nothing comes.

France are in a spot of bother now. If they can’t get back into this match, and should the leaders Denmark win in Copenhagen, they’d be eight points behind the Danes with just three matches to play. On the bench, Kylian Mbappé looks signally unimpressed, arms folded tightly with face in harrumph mode.

Andreas Weimann gets his first goal for Austria at long, long last! Marko Arnautović, battling on bravely, works his way down the inside-right channel before rolling a pass to Konrad Laimer on the overlap. Laimer pings it infield instantly, and the 30-year-old Weimann, winning his 17th cap ten years after his debut, can’t miss! He dispatches into the bottom left, giving Hugo Lloris no chance whatsoever.

Marko Arnautović is struggling with an injury. He’s way off the pace, and he has his pocket picked on the edge of his own box by Boubacar Kamara, who tees up Karim Benzema. The Real Madrid striker whistles a shot straight down Patrick Pentz’s throat.

Scrappiness breaks out across Europe. A continent-wide blight.

A ball’s looped into the French box from the right. Andreas Weimann is in space on the penalty spot, but he wants far too much time, and is eventually barged out of it by Benjamin Pavard. Weimann wants a penalty, but Austria are just getting a corner, from which Stefan Lainer floats a header into the arms of Hugo Lloris.

Croatia go up the other end and win their first corner. It’s worked back up the left flank for Mislav Oršić, who swings deep for Andrej Kramarić at the far stick. Kramarić cushions the ball, producing something that’s neither a cross nor a shot, and the Danes clear. Good chance, that.

In Copenhagen, Joachim Andersen has the ball at his feet, a little to the right of the penalty spot. He aims for the top-right corner, only for his shot to be deflected out for a corner. From that, Pierre-Emile Højbjerg høicks over from the edge of the box. Both matches are ticking over at an agreeable rate.

France are beginning to dominate in Vienna. They’re stroking the ball around in a very pretty style, and with great speed. Austria are struggling to get out of their own half at the minute.

Nicolas Seiwald joins Stefan Lainer in the referee’s notebook after sliding hysterically through Moussa Diaby. From the resulting free kick, keeper Patrick Pentz fumbles on his own line, the ball breaking to Karim Benzema. You’d back Benzema to slot the gift from six yards, but Pentz makes up for his error by sticking up a strong hand to make a sensational reaction stop. His team-mates hack clear.

Croatia finally show in attack, Mislav Oršić cutting in from the left and hoicking over the bar. “Did Kasper wave, point and otherwise bring attention to the hole, similar to a defender not doing their job?” wonders Joe Pilcher, who has it down in one.

Aurélien Tchouameni, soon to grace Real Madrid’s midfield, takes a shot from distance. He gets plenty behind it, but it’s always rising over the Austrian bar. Meanwhile in Copenhagen, Christian Eriksen slips a delightful pass down the inside-left channel to release Joakim Mæhle, who slams a poor effort into the side netting. He should at least have worked Dominik Livaković in the Croatian goal.

Andreas Cornelius is in the thick of it in Copenhagen. First he blazes wildly over the bar from the edge of the Croatian box, then he’s booked for an over-zealous aerial challenge on goalkeeper Dominik Livaković, who requires some treatment after being whacked upside the head.

The first corner of the evening in Vienna is forced by Maximilian Wöber, who worms his way down the left with great purpose. Austria load the box. William Saliba heads it clear. France go up the other end through Kingsley Coman, who is unceremoniously brought down from behind by Stefan Lainer. The Austrian right-back goes into the book.

Meanwhile they’re up and running now in Copenhagen. You know, that may well have been the first-ever sight of a length of cable tie at a football match without an environmental protester attached to it.

The first big chance in Vienna, as Andreas Weimann dances through the middle of the French defence and into the box. But before he can pull the trigger, Theo Hernández makes a fine last-ditch challenge, then the flag goes up for offside.

A short delay in Copenhagen as Denmark keeper Kasper Schmeichel spots a minor defect in the net of the goal he’s guarding in the first half. On comes a dude to repair it with a bit of cable tie. What drama here, huh.

The teams are out! Austria, who play in red these days, take to the field with les bleus of France at the Ernst-Happel-Stadion in Vienna. Denmark, in yet another tasteful red and white Hummel number, trot out at the Parken in Copenhagen alongside Croatia, in second-choice black. We’ll be off in a minute!

While we wait for kick-off, how about some retro kit action. First up, the Austrian Wunderteam of 1934 …

… while another style icon made its first appearance on the world stage 12 years later.

Andreas Christensen, now formerly of Chelsea, returns for Denmark. Christian Eriksen, in the shop window, captains, while Martin Braithwaite starts on the bench. Croatia leave a couple of big guns on their bench in Mateo Kovačić and Luka Modrić.

Marko Arnautović and Andreas Weimann return up front for Ralf Rangnick’s Austrian. Ibrahima Konate of Liverpool makes his debut for France, while new Aston Villa signing starts for the first time. Kylian Mbappé is on the bench.

We’ve got some A1 entertainment lined up for you this evening. Literally A1, it’s Group A1 of the Nations League, which means this …

… though there are three other matches tonight as well: Albania v Israel in B2, Belarus v Kazakhstan in C3, and Andorra v Liechtenstein in D1. We plan to concentrate on world champions France, who are in a spot of bother after losing at home to Denmark and being held in Croatia, though you never know how these things pan out, so let’s just see where the mood takes us. All five games kick off at 7.45pm BST. It’s on! 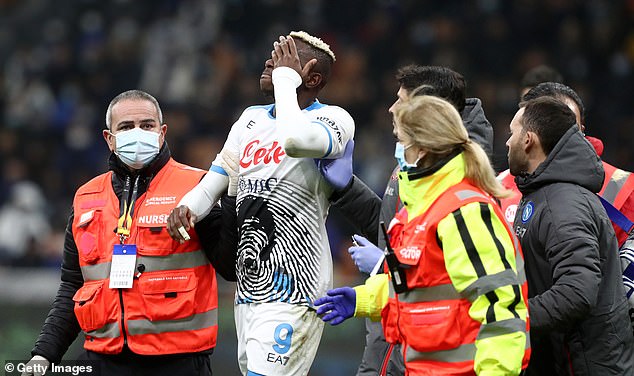