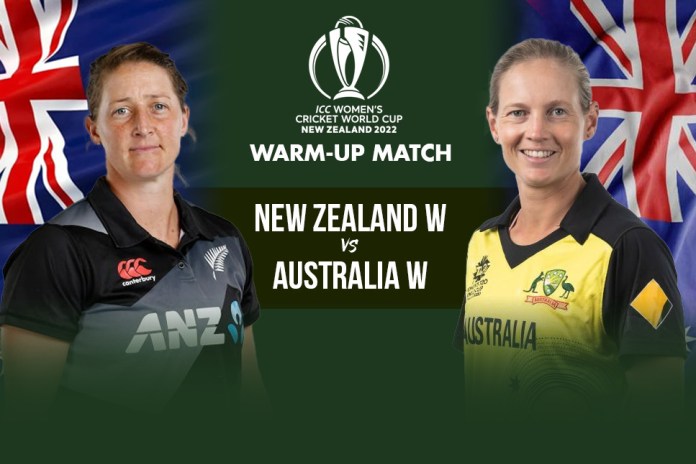 Women’s World Cup 2022: After defeating West Indies comprehensively by 90 runs in their first warm-up match, Australia women will look to continue their momentum when they take on hosts New Zealand in their second warm-up game of the ICC Women’s World Cup on Tuesday, 29th February 2022 at Bert Sutcliffe Oval, Lincoln. meanwhile, New Zealand enters the contest after losing their first warm-up game against Pakistan Women. Follow InsideSport.IN for more updates.

We’ll play warm-up matches against the West Indies and New Zealand over the next few days before our @cricketworldcup campaign gets underway on March 5 against England 👀#CWC22 #CmonAussie pic.twitter.com/IPZLtWloUS

Batting first against West Indies in their first warm-up Australia Women scored 259 with all-rounder Elysse Perry top-scoring with 62. Batter Annabelle Sutherland also scored a vital fifty off just 34 balls. The bowlers then did the job by bowling out West Indies for just 169 with Elysse Perry, Anabelle Sutherland, Tahilla McGrath and Alana King taking two wickets each. Australia are one of the favourites in this tournament and the Women in Yellow will once again look give a tough challenge to their trans-tasman rival New Zealand to end their warm-up matches on a positive note.

🗣️ “We know if we play a really exciting brand of cricket that we can get the whole country behind, that’s going to leave a legacy.”@WHITE_FERNS skipper Sophie Devine’s thoughts ahead of a home #CWC22 campaign 🇳🇿https://t.co/iZlDOVdJv4

New Zealand Women led by Sophie Devine are in a good form, having recently faced Indian Women in a limited-overs series. After winning the first T20I, they carried their form into the ODI series, winning it by a 4-1 margin. They are looking to do well in the World Cup, playing in front of their home crowd. However in their first-war up game, Pakistan were too good for them as they couldn’t defend 229.

Amy Satterthwaite top-scored for the White Ferns by scoring 80 runs. Maddy Green too scored a vital hal-century. However apart from these two, none of the other batswoman managed to score even a double-digit score.They will look to put together a better batting performance against Australia.