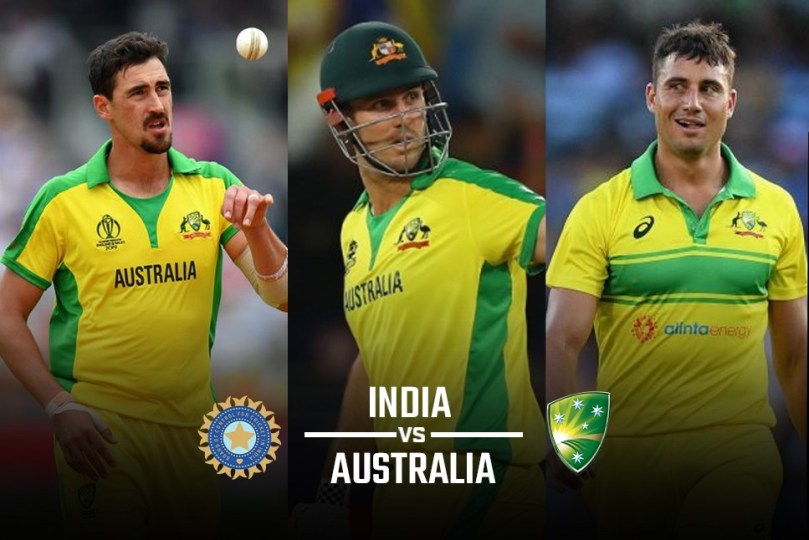 Australia Tour of India – IND vs AUS T20 Series: Australia have been obliged to make three changes for their quick T20…

Australia Tour of India – IND vs AUS T20 Series: Australia have been obliged to make three changes for their quick T20 tour of India as selectors have adopted a cautious stance ahead of their title defence of the ICC T20 World Cup next month. Mitchell Starc (knee), Mitchell Marsh (ankle), and Marcus Stoinis (side) have all been ruled out of the tour, and Nathan Ellis, Daniel Sams, and Sean Abbott have been added to the squad in their place. David Warner had previously taken a break from the trip. Follow India vs Australia LIVE Updates with InsideSport.IN

ICC T20 World CUP: Before departure of Australian team for tour of India,…

The injuries are mild to the trio, but Australia have taken a cautious stance ahead of the ICC T20 World Cup, which gets underway on October 22 when they play New Zealand at the iconic Sydney Cricket Ground (SCG).

Starc is a last-minute absence from the tour following a scan on his knee today in Sydney, but the ailments to Marsh and Stoinis were discovered during Australia’s north Queensl ODI series against Zimbabwe and Cairns.

See also  IPL 2022 Playoff Rules framed, GT vs RR Qualifier to be decided by SUPER-OVER in case of RAIN

Warner, Marsh, and Stoinis should be available for Australia’s home T20 series against the West Indies and England leading up to the World Cup.

Tim David will very certainly make his Australian debut on the tour as a middle-order finisher in the absence of Stoinis, who will find less of an opportunity to force his way back into the lineup.

With all-rounder Cameron Green joining the team in Marsh’s absence, Steve Smith might move back up to No. 3 while Josh Inglis is likely to partner Aaron Finch at the top of the order.