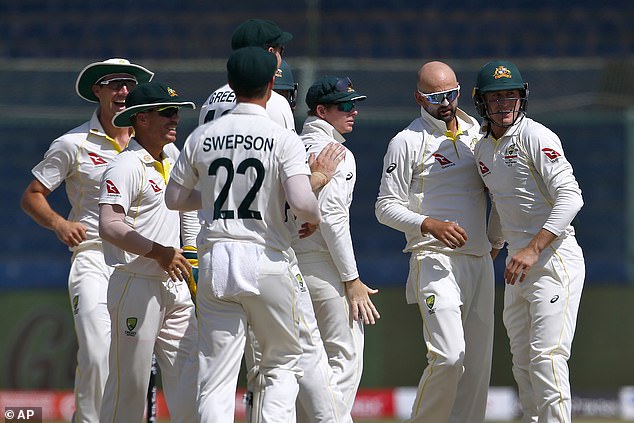 Australia set Pakistan a record fourth innings target of 506 and then restricted the home side to 104 for two at tea on day four to set course for a comprehensive victory in the second test on Tuesday.

Struggling to stay afloat in the contest since conceding a mammoth first innings lead of 408, Pakistan will have to conjure up an extraordinary effort to deny Australia a 1-0 lead in the three-test series.

Babar Azam would not go down without a fight, though, and the Pakistan captain was batting on 47 at the break. 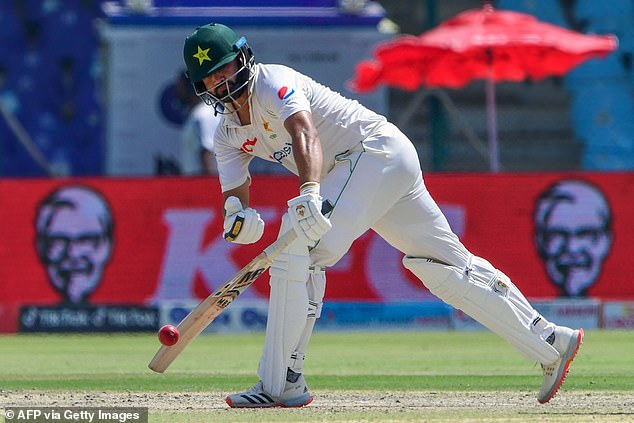 Opener Abdullah Shafique, Babar’s partner in an 83-run third wicket stand, was on 44.

Earlier, Australia batted 25 minutes on Tuesday before declaring their second innings on 97-2, challenging Pakistan to pull off the greatest fourth innings chase in test cricket’s history.

Marnus Labuschagne fell for 44, while his Islamabad-born team mate Usman Khawaja followed his first innings 160 with an unbeaten 44.

After four maiden overs of pace bowling against Pakistan, Australia captain Pat Cummins unleashed spin from both ends and was rewarded almost immediately.

Nathan Lyon caught opener Imam-ul-Haq (one) plumb in front of the wicket for one in his first over. 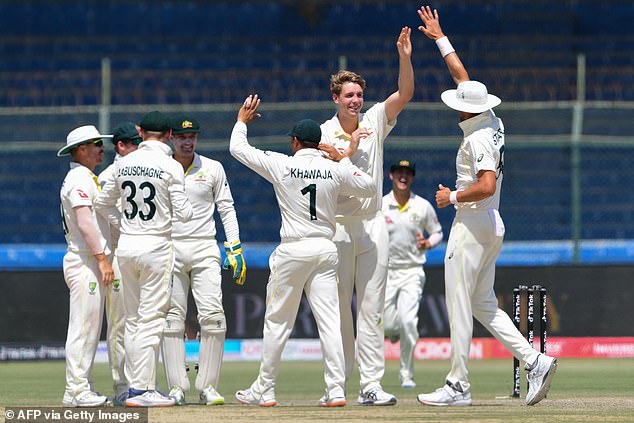 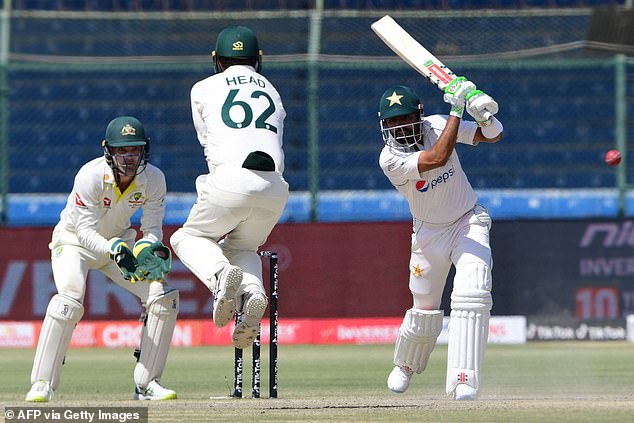 Cummins introduced Cameron Green after lunch and the all-rounder responded by ending Azhar Ali’s 54-ball stay with his second delivery.

Azhar (six) ducked under a short delivery that never rose and was given lbw even though replays suggested the ball had brushed his glove before hitting him.

Azhar had a long chat with Abdullah Shafique before he accepted the decision, perhaps wary of burning a second review after Imam had wasted one.

Pakistan had to wait until the 26th over for their first boundary of the innings, when Babar drove Mitchell Swepson past point.

Pakistan could have been in a bigger hole but Steve Smith dropped Abdullah in the slip after the batsman, then on 20, had edged Cummins.