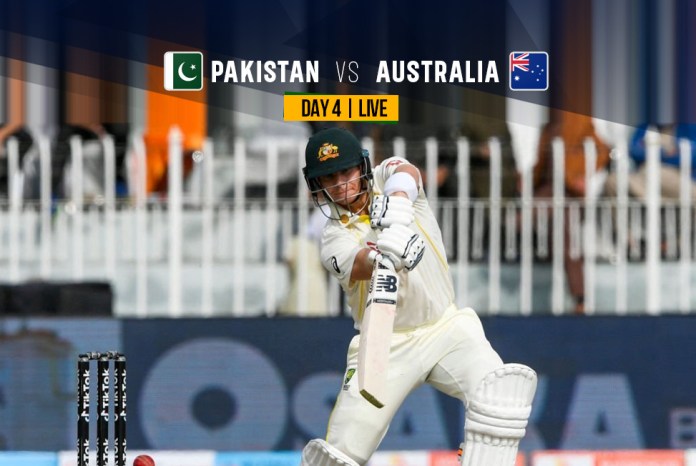 PAK vs AUS LIVE Score: Australia trail by 87 runs – Steve Smith remained unbeaten on 61 as Australia score 364/4 by tea on Day 4 of the first Test against Pakistan at Rawalpindi on Sunday. The start of Day 4 was delayed due to wet outfield and play finally resumed at 1 pm local time. Steve Smith and Marnus Labuschagne resumed Australia’s innings from 269/2. Labuschagne was unfortunate to miss out on a century as he was dismissed for 90 by Shaheen Afridi. Pakistan then took another wicket as Travis Head was dismissed for 8 by Nauman Ali. Cameron Green then joined Smith and the pair has built an unbeaten 38-run stand to end the session. Follow Pakistan vs Australia 1st Test Day 4 Live Updates on InsideSport.IN.

WICKET! Cameron Green hits one straight to Iftikhar Ahmed at mid-wicket as he falls short of a half-century.

FOUR! Green punches a good legth delivery straight to long-off for a boundary.

FOUR! That’s two in the as he flicks through square leg.

WICKET! Head attemps to play the cut off Nauman Ali but gets the under edge and Mohammad Rizwan takes a good catch.

FOUR! Back to Back boundaries for Head. This time plays the cut through the off-side.

FOUR! Travis Head gets off the mark with a boundary by clipping a fullish delivery towards deep-midwicket fence.

FOUR! Edged between slip and gully for a boundary.

WICKET! Shaheen Afridi gets the breakthrough as Labuschagne departs for 90. The batsman attempts a drive only to get a thick outside edge that was taken cleanly by Abdullah Shafique at first slip.

FOUR! Steve Smith flicks towards deep-midwicket to fetch a boundary.

FOUR! Flies wide of the slip cordon as Labuschagne brings up the 100-run partnership.

Steve Smith and Marnus Labuschagne walks out to bat.

Play is expected to begin at 1.00 pm local time.

The next inspection by the match officials is scheduled at 12.15 local time

Day 4 Session 1 – Due to wet outfield, the day is expected to have a delayed start.

Heavy downpour throughout the night has caused delay in the start of play that has forced the players to take an early lunch. The delay despite a bright sunny morning at Rawalpindi has left former cricketers fuming. Former Australian cricketer Mark Waugh said, “This is the annoying thing about cricket. To me it looks like most of the ground is pretty good. The pitch is fine, there’s a couple of wet spots — play on.”

⛅️ Update:
Start of play has been delayed. Next inspection at 11:30 AM. #BoysReadyHain l #PAKvAUS pic.twitter.com/2Vo5GQr3rR

WEATHER FORECAST FOR THE DAY

The Day 3 of the Test came to an early finish due to bad light as dark clouds hovered over the ground. After three days of batting dominance, a draw in the 1st Test looks inevitable. David Warner, Usman Khawaja and Marnus Labuschagne scored fifties to put up a good resistance in reply to Pakistan’s 476/4. Australia scored 269/2, still trailing by 205 runs, with Marnus Labuschagne and Steve Smith unbeaten on 69 and 24 respectively before bad light curtailed Day 3.

Starting the day after facing a solitary over yesterday, openers David Warner and Usman Khawaja brought Australia to a good start. The left-handed duo shared a 156-run opening stand. Like the last two days, the pitch had nothing to offer for the bowlers and the opening duo feasted on the dead track with flamboyant strokes.

The only opportunity that Pakistan got was when Khawaja edged one off Shaheen Afridi which flew straight to Fawad Alam at Gully. The fielder however couldn’t complete the catch, giving Khawaja an early reprieve. 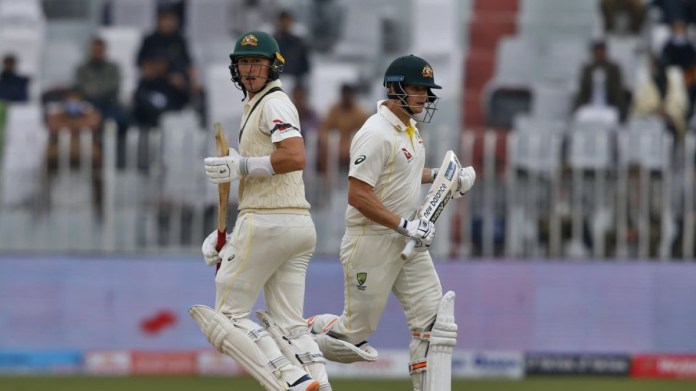 The duo then scored fifties each and finished the first session at 138/0. Warner was dismissed early after lunch as he looked to cut spinner Sajid only to miss it and the ball crashed his stumps. Khawaja and Labuschagne were then fluent with the bat. Soon Khawaja reached 97 and was looking well set for a century. He however was dismissed by Naushad Ali as he played a lavish reverse sweep that edged off his glove and Imam-ul-Haq and forward short leg completed a simple catch.

Labuschagne and Smith then continued to score well to put Pakistan in a good position. Labuschagne was particularly impressive, playing for the first time in the sub-continent, as he brought his half-century in style. However dark clouds forced the day to end early due to bad light. Australia are looking comfortable at the moment and will look to continue their good performance when they step on the field tomorrow. 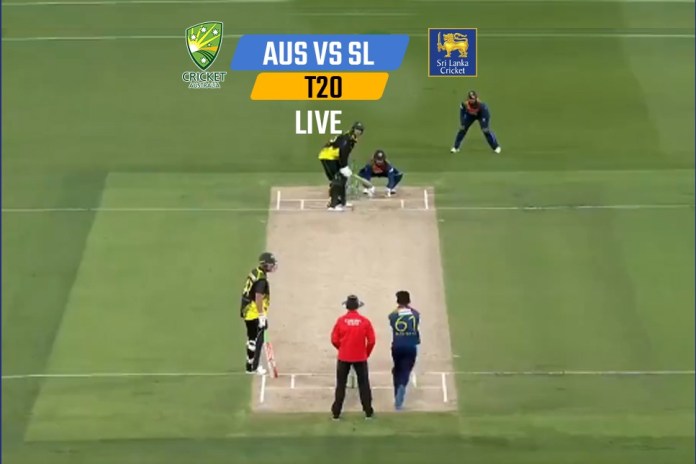