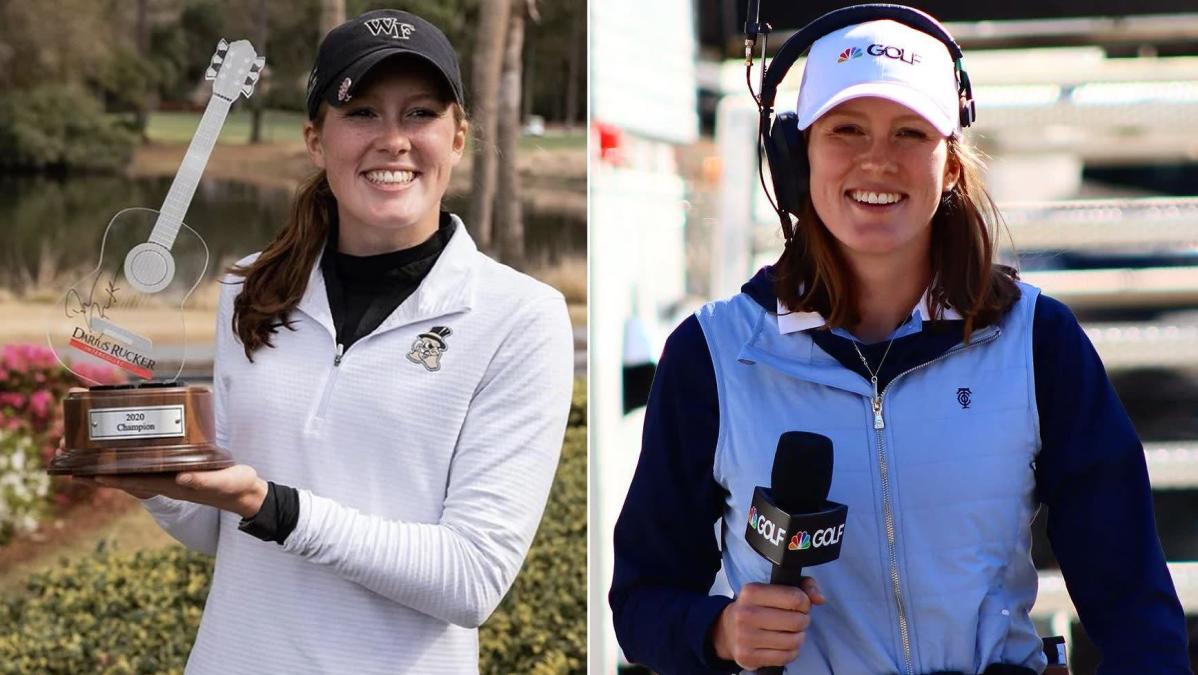 Editor’s note: This story originally appeared on GolfChannel.com. The Darius Rucker Intercollegiate is the first all-women’s regular-season college event to be showcased live on Golf Channel. You can watch coverage, Monday-Wednesday, from 2:30-5:30 p.m. ET.

I crave challenges. Hence, I became a golfer and started competing in tournaments at 9 years old. Competition ignited my desire for that adrenaline rush, a feeling that pulses through my body when I step on the first tee. This week, however, I’m not competing. There will be a microphone in my hand, a headset over my ears, and I will be reporting on one of my favorite college tournaments of the year – the Darius Rucker Intercollegiate.

Two more aspects make this story special to me. One, I have the privilege of reporting on my alma mater, Wake Forest University. My teammates, who I still see every day, will be fighting to defend their title – which we won by 26 shots two years ago – and reclaim that prestigious Darius Rucker guitar trophy. Two, Golf Channel continues to pave the way for change by televising this women’s collegiate event and I am honored to play a role.

On-course reporting has spurred a new perspective for me on storytelling. When I write news and feature stories, I am thoughtful, creative, and considerate with my words. Live reporting requires that same amount of effort, but with a significant time crunch. I change pace from writing a story in a couple of hours to telling a piece of a story in a matter of seconds. When I compete in a golf tournament, I work to quiet my mind and focus on the golf shot at hand. I try to get into a zone, or flow state where I’m in tune with my body and mind and can endure the challenges golf offers – which are many.

Long Cove Club in Hilton Head, South Carolina, where the Darius Rucker is held, is not shy at throwing players a bevy of challenges. The week is often cold, windy and sometimes rainy. It requires a level of discipline that only the best players can handle. Lucky me, I won’t have to face the same challenges the players will undergo this week, but my challenge will come from a different angle. When I step up on “my first tee,” I will be challenged with creating an engaging storyline that draws viewers in, that makes them feel like they are part of the story. I need to be ready to report on all the elements viewers can’t see, hear or feel – the lie of the golf ball, a player’s angle to the flag, the strength of the wind, any slope on the green and interactions between players and coaches.

Reporting allows me to step outside of myself and my own game, to observe and highlight the best parts about another golfer’s game – both the technical and mental sides. I will be challenged with predicting a particular shot or outcome from a player. When players do not hit great shots, I will work to give the audience context on why the shot or putt wasn’t properly executed, refraining from criticizing the player. I hope to demonstrate to viewers that I understand the thrill, adrenaline and joy of a competitive golf round just like I understand the pressure, anxiety and challenges that come with trying to reach peak performance.

When I’m competing on the golf course, I must be creative with my shots. When I’m reporting, I must be creative with my words. How can I describe this shot better? What elements am I not bringing into the picture? How can I say this in a way that will resonate with the people watching? These are just some of many questions I ask myself during and after a day of reporting.

I may not be competing for the Wake Forest golf team in the Darius Rucker Intercollegiate this year, but I am lucky to be part of an incredible broadcast team. Just like on a golf team, during a live broadcast, each member must work together to create the best possible production. As the tournament draw near, I wait in anticipation to see if the winning putt will be made by one of my former teammates. However, what’s most important to me, is the opportunity to showcase on Golf Channel the spectacular talent, skill and athleticism these young women possess.

More from On Her Turf