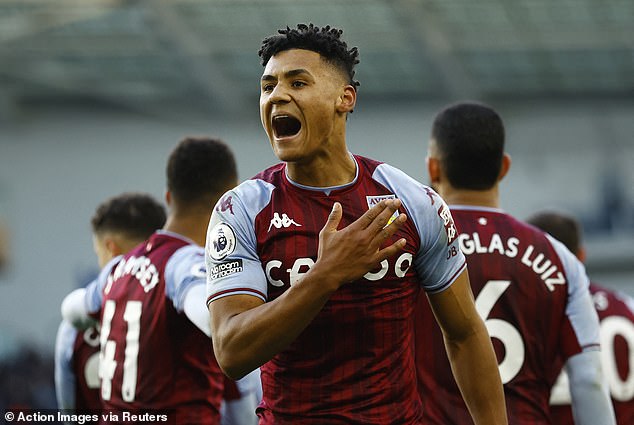 By Kieran Gill for the Daily Mail

All this time playing just one of Danny Ings or Ollie Watkins. It turns out they’re pretty good together.

Steven Gerrard had only selected one or the other in Aston Villa’s last four Premier League games. Yet in a bid to get back to winning ways after one win in their last seven outings, Gerrard used Ings and Watkins as partners — two No 9s under orders to work hard for each other — in front of a No 10 in Philippe Coutinho.

They targeted the outside centre backs in Brighton’s back-three system and it worked well with Gerrard’s tactical tweaks helping Villa to victory.

‘That is my job,’ Gerrard said of trying to improve his goalscorers. ‘My job is not to listen to outside noise.

‘My job is to analyse and judge what I see on a daily basis. And I see two top centre forwards who are capable of scoring goals at this level.

‘Of course they are a work in progress as a partnership, but they get on well off the pitch and they have got the talent to play together. 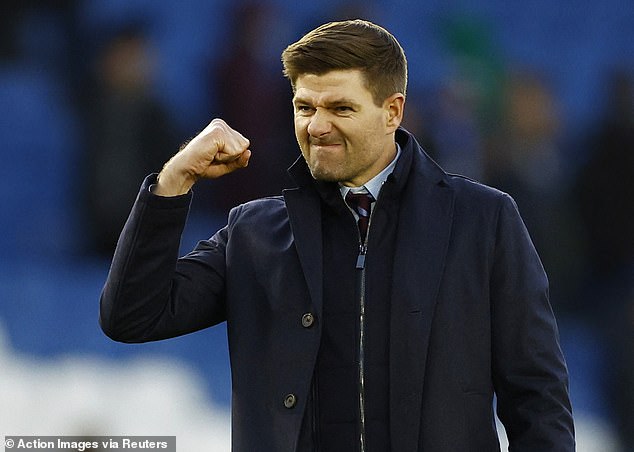 ‘I said to them, ‘Look, I don’t want to be in the position where I am playing one of you one week and one of you the next. I want goals. I want my goalscorers on the pitch’.

‘So I gave them the opportunity as two No 9s. Out of possession they were outstanding. Ollie gets his goal, but don’t forget the work that Danny did as well.’

Villa are back to winning ways after their sticky patch, but Brighton aren’t. They’ve lost their last three league games, all without scoring. 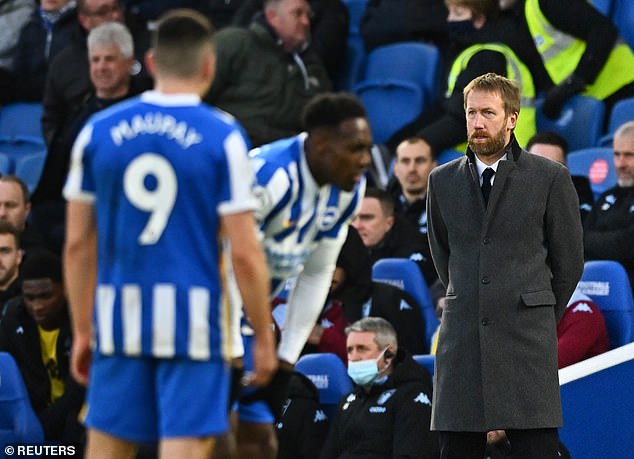 Manager Graham Potter insists it isn’t a confidence problem. ‘It’s about quality, it’s about luck, it’s about lots of things, and we were not short of effort, that’s for sure,’ Potter said.

‘Our intention was good. The boys were keen to respond to the Burnley performance (a 3-0 home defeat). That wasn’t like us. This was more like us, and then you have to accept the result sometimes.’

See also  What's the biggest question for YOUR team to answer as the Premier League returns??

Next up for Brighton is a tricky trip to Newcastle. For Villa, it’s Southampton at home, a chance for Ings to come back to haunt his former club… alongside Watkins.