The postponement leaves only one Premier League match remaining from the six that were scheduled to take place on Saturday, with Leeds against Arsenal in the late kick-off the only surviving fixture.

A Premier League statement read: “Due to more positive cases in the Aston Villa squad today, the Premier League Board has regrettably had to postpone the club’s home fixture against Burnley, due to kick-off at 3pm this afternoon.

“After reviewing all the new information provided by Aston Villa this morning and receiving separate medical advice, the board approved the request as a result of the club not having enough players to field a team. This decision was based on the number of Covid-19 cases, injuries and illness.”

The statement continued: “The league understands the decision to postpone the match at such short notice will frustrate and disappoint supporters, and apologises for the inconvenience and disruption caused. The remaining four Premier League matches due to be played this weekend are currently scheduled to proceed as planned. The board assesses applications to postpone matches on a case-by-case basis, based on existing rules and Covid-19 postponement guidance issued to all clubs.

“It will assess a number of factors, including the ability of a club to field a team; the status, severity and potential impact of the Covid-19 outbreak at the club; and the ability of the players to safely prepare for and play the match. The board must also consider the wider risks to the opposition and other people the club representatives may come into contact with.

“With the health and wellbeing of all players and staff the priority, and in light of the recent rise in Covid-19 cases across the country, the Premier League has reintroduced emergency measures. These include protocols such as more frequent testing, wearing face coverings while indoors, observing social distancing and limiting treatment time.”

Villa acknowledged and apologised for the late postponement, which came a little over two hours before the match was due to kick-off, but insisted they acted as quickly as they could. A club statement read: “The results of PCR tests, which were taken yesterday prior to training as well as lateral flow tests, were received this morning and confirmed further depletion of our playing squad which was already impacted upon for our trip to Norwich in midweek.

“All individuals who tested positive are now isolating in line with Premier League and government guidance and protocols. The club is extremely sorry for the inconvenience caused to Burnley, both our own supporters and the Burnley fans due to attend the fixture but have acted as swiftly as possible this morning to minimise disruption.” 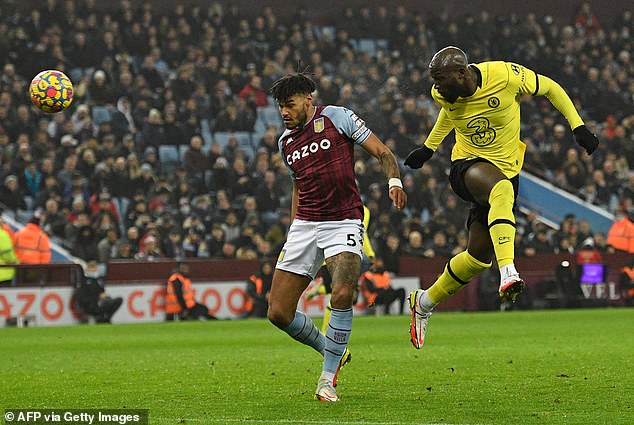 Chelsea must keep Lukaku healthy if they are to take down Man City and Liverpool in the title race European roundup: Pierre-Emerick Aubameyang opens account for Barcelona | European club football