Alex McLeish. Paul Lambert. ‘Tactics’ Tim Sherwood. Rémi Garde. Roberto Di Matteo. Steve Bruce. Aston Villa’s track record with managerial appointments is about as reliable as The Fiver’s predictions. But we’re prepared to stick our necks on the line once again, and predict that their next manager will be … $tevie Mbe! Sorry, what was that? Already announced? When? [fumbles on to Big Website] Ah. Well, it still counts. Mainly because it saves us the thankless and frankly tiresome job of guessing whether or not $tevie will succeed at Villa Park, a venue yet to develop a tolerance for mediocre management.

$tevie appeared to have the sweetest of gigs up at the Pope’s Newc O’Rangers, with a guaranteed title race and a bit of Big Vase fun to pass the time until Jürgen Klopp checks out at Liverpool. $tevie’s O’Rangers contract ran until 2024 – just like big Jürg’s at Anfield – and his new deal with Villa reportedly has the same expiry date. Liverpool even took it upon themselves to post this entirely normal update on Social Media Disgrace Twitter upon his appointment. It was all lined up, until – much like a DJ refusing to put on any more Phil Collins, $tevie decided to risk it all.

“Aston Villa is a club with a rich history and I am immensely proud to become its new head coach,” $tevie trilled at his unveiling. “The owners have ambitious plans and I am looking forward to helping them achieve their aims.” The Fiver still has questions. Are former Big Cup winners Villa being used as a stepping stone? What would success look like for $tevie at Villa? And are they really a bigger club than O’Rangers? The Fiver also, for once, has answers: 1) Yes 2) Ninth and 3) honestly, who cares?

With Mbe barely settled into his new office, former O’Ranger Giovanni van Bronckhorst had already muscled his way to the front of the queue to replace him. Meanwhile, rumour has it that Norwich City are close to rebranding as Frank Lampard’s Norwich City for the rest of the season. So, as Lampard might ask with a trademark chuckle – is there space for both former England midfielders in the same relegation zone? No, but seriously, at least one of them will be relegated.

“[It] might not be Oscar-worthy but glad I could play my part” – Marcus Rashford pops up as a radish [see what they did there? – Fiver Marketing Ed] in this year’s Aldi Christmas advert.

“Your article about Shelter’s #NoHomeKit campaign – and the league’s characteristically constipated response (yesterday’s Fiver) – got me thinking about where this ‘away kit’ thing came from. In the days when football was about Tommy Smith kicking George Best, Norman Hunter kicking Kevin Keegan, etc, teams had a first kit which they wore at home and for most away matches, a second kit which they wore for away matches only if their first kit clashed with their opponents’, and a third kit for away matches where both their first and second kits managed to clash with their opponents’. Whether there was a clash was decided by the referee, and didn’t necessarily take account of how kits might appear to viewers with black and white TV sets, as a memorable early-70s televised clash between Coventry (light grey shirts and dark grey shorts) and Wolves (light grey shirts and black shorts) demonstrated. Now, in the days when football is about marketing opportunities, there is an automatic assumption that teams will wear different kits for home and away matches. Why?” – Gordon Dent.

“Re: #NoHomeKit. The clubs could still participate. What’s the worst that league officials will do, fine them? This league isn’t all about mon … oh, never mind” – Andrew Wolf.

“Thank you for the evocative reference to the ‘Dukla Prague away kit’ (yesterday’s Fiver). On a holiday to Prague in late-1990, my friend and I decided our challenge was to acquire said sporting-wear. After numerous enquiries fell on deaf ears, we retired to a basement bar for a beer or five, where we met a bloke called Miroslav, who described himself as Dukla Prague’s only fan. We had stupidly not realised they were the army team and hugely unpopular. Miroslav kindly called the club and arranged for us go there the following morning, and we were presented with brand new shirts from the first-team changing rooms; mission accomplished!” – David Newton.

“West Ham now have an interesting melange of owners. I was surprised you failed to mention (yesterday’s News, Bits and Bobs) that Daniel Kretinsky is CEO and 94% owner of the largest energy group in central Europe, largely based on coal and gas-fired plants. No doubt plans will be in train shortly for a net carbon zero game at the Boris Bowl” – John Weldon.

“When I read the article ‘has a player’s name been too offensive to be broadcast’ in The Knowledge (yesterday’s Still Want More?), it reminded me of the time Princess Anne visited Iran many years ago. ‘Anne’ in Farsi means ‘sh1t’. The newsreaders clearly had a problem so they pronounced the a more like an o and called her Princess Onne” – Nader Ahmadzadeh.

Send your letters to the.boss@theguardian.com. And you can always tweet The Fiver via @guardian_sport. Today’s winner of our prizeless letter o’ the day is … David Newton.

Eddie Howe has predictably sidestepped the elephant in Newcastle’s boardroom at his first press conference. “For me it was a football decision,” he trousered. “My focus is football – that’s all I’m going to concern myself with.”

In Asian qualifying for HR World Cup 2022, Australia are three points adrift of group leaders Saudi Arabia after being held to a flamin’ soggy goalless draw. “The” Lebanon, meanwhile, led Iran 1-0 into the 90th minute, only to lose 2-1.

Jonas Eidevall reckons the 500-strong away contingent was inspirational in Arsenal’s 5-1 Women’s Big Cup win at HB Køge. “It’s so good for the belief of the players,” he cheered.

Xavi is cracking the whip at Barcelona. Among the disciplinary measures imposed on players at Camp Nou, fines will be imposed for lateness and will multiply per offence, while “risky activities (such as surfing) are prohibited during the season”.

And because the local carnival is back, Cologne’s players and management have rocked up to training in fancy dress.

The FSA Awards are coming soon and various members of Big Website are up for gongs. Vote now and vote regularly.

Manchester City’s Janine Beckie gets her chat on with Louise Taylor about faith, football and feeling both Canadian and American.

Karen Carney on England players’ loss of form and why it’s not a surprise.

Gareth Bale is set to earn his 100th Welsh cap. Some teammates pick their favourites of the previous 99. 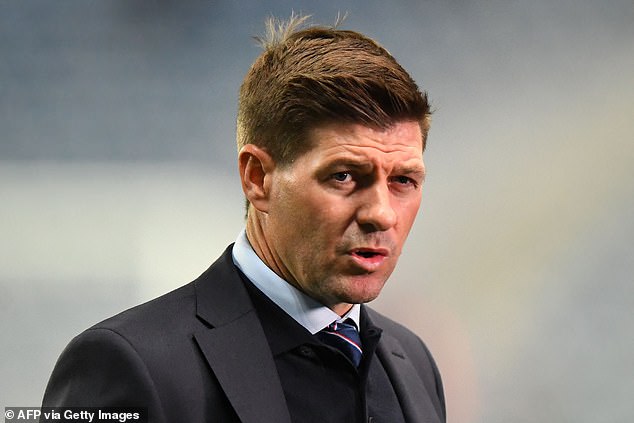 Steven Gerrard: What the new Aston Villa manager will find as he settles into his new job