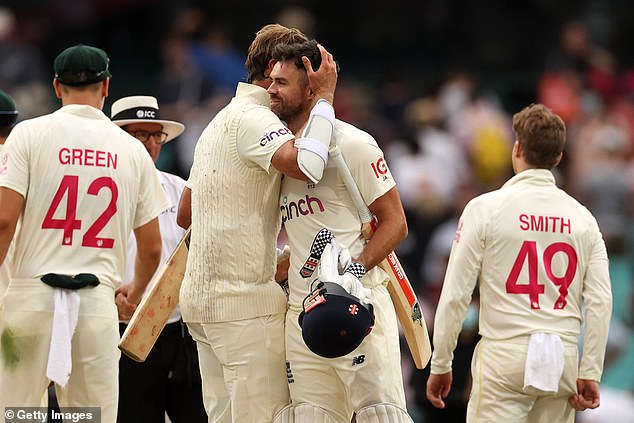 England avoided the possibility of a whitewash at the Ashes after they earned an unlikely draw in the fourth Test.

Australia had seemed primed for victory following the dismissal of Jonny Bairstow but Stuart Broad and James Anderson were able to guide England home to a hard-fought draw and restore some pride.

Here, Sportsmail’s LAWRENCE BOOTH assesses the performances from both teams following the fourth Test at the SCG in Sydney.

Has now made six single-figure scores in a row. His technique looks shot: stuck deep in his crease, he is an edge waiting to happen. Rory Burns must replace him at Hobart.

Promised us a century, and almost got there, batting beautifully on the final morning for 77 out of a total of 96. He has to use this as a platform for the rest of his career.

Since his eighties at Brisbane and Adelaide, he has made 20, 14, 0, 3 and 4 – and played two tired shots in this game. Has looked a sitting duck all series against Lyon, and finally came a cropper. 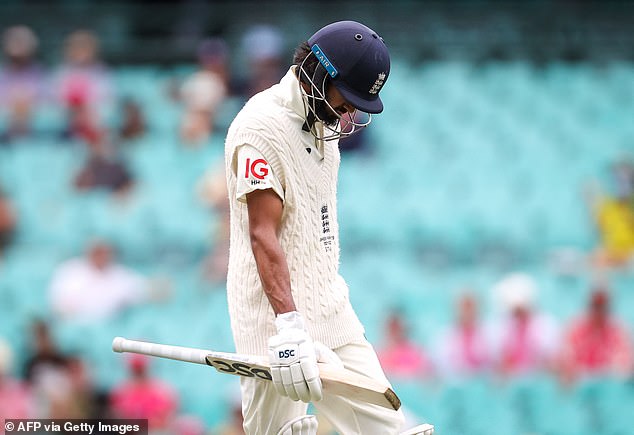 A tired waft at Boland meant he started 2022 with a duck, before Boland’s accuracy undid him again on the last afternoon. Immediately headed to the nets – but at least he has avoided a whitewash on his captaincy CV.

Batted nearly five and a half hours in all despite a side strain, and contributed a pair of characterful sixties. May yet play as a specialist batsman at Hobart. On this evidence, England will need him.

That’s how to save a Test career. Brushing aside the pain of a sore right thumb, he followed a pulsating century with a rearguard 41. 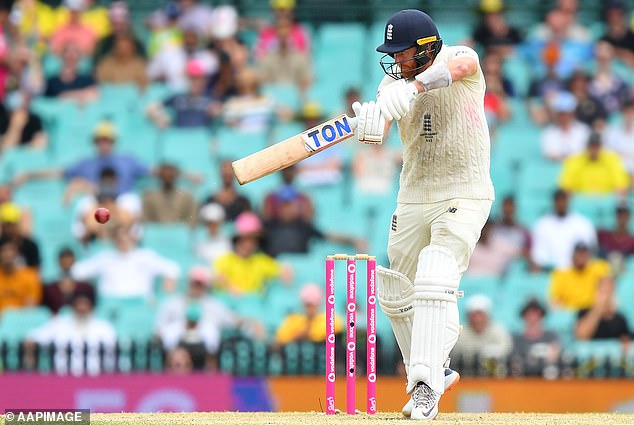 Has he played his last Test? A finger injury in the field has ended his tour, and the future looks uncertain. Anonymous with the bat, and now averages 19 in Ashes cricket.

He’ll be tired of hearing it, but match figures of three for 141 – including the world’s top-ranked batsman, Labuschagne, for 28 and 29 – didn’t reflect his efforts. Also contributed a quick 39, with three pulled sixes off Cummins.

Finally got a prolonged second-innings bowl, and performed decently, even if his figures were flattered by two late wickets as Australia slogged. Heroic with the bat on the last evening. 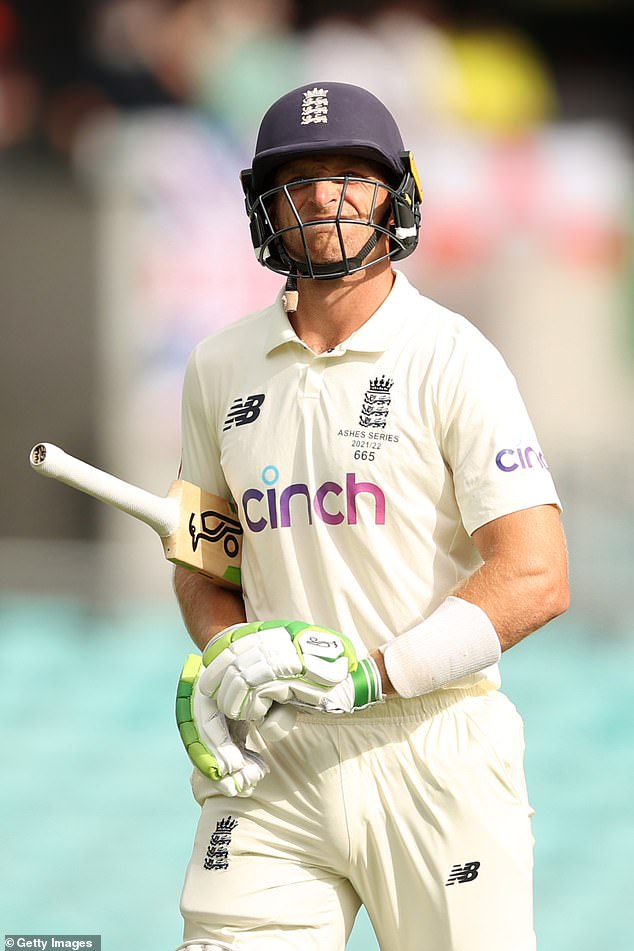 Drew on all his competitive zest to pick up his first Test five-for in 18 months – including Warner, for old time’s sake. It was just a shame the selectors didn’t give him that chance from the start of the series. Defended superbly with the bat in the final-evening gloom

Never wilted: his 42 overs in the match cost just 88, and he nervelessly played out a maiden to secure the draw. But he rarely looked like adding to the first-innings wicket of Harris. May get a breather in Hobart. 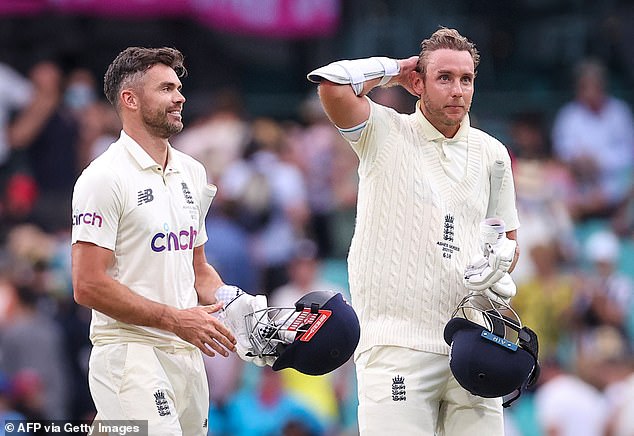 See also  On this day, Dhoni won all ICC Trophies

Got to 30 before falling to Broad for the 13th time in Tests, and was then dismissed cheaply by Wood, who has troubled him all series.

Twice made a start, twice fell groping outside off stump. Many Australians want him out of the team, but he has still scored more runs in the series than all the England players bar Root, Malan and Stokes.

Since replacing Root at the top of the Test rankings, he has now fallen three times in a row to Wood without reaching 30. 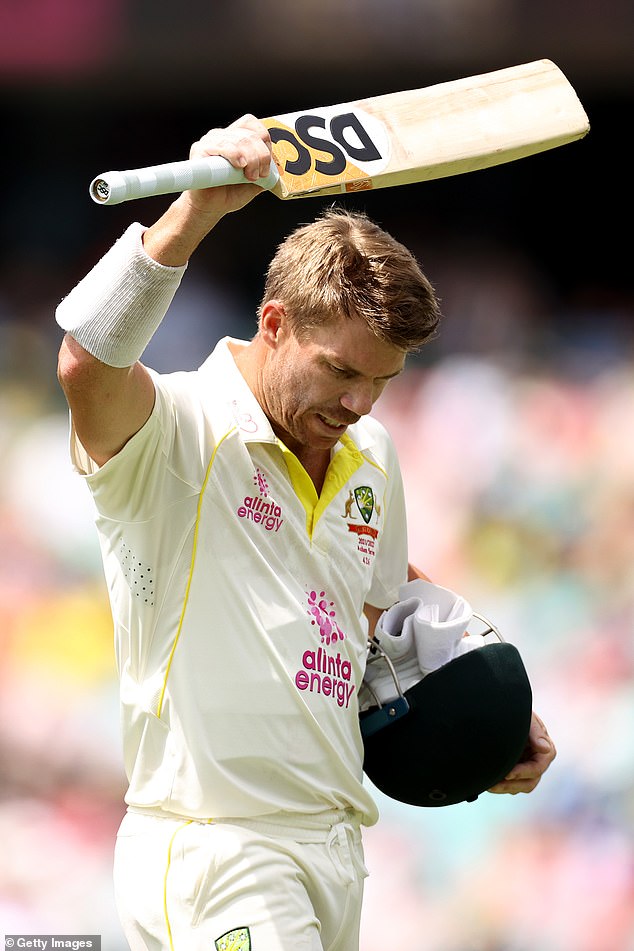 Wanted a hundred for his home crowd, but was undone by Broad for 67 in the first innings. Fell to a lazy dab at Leach in the second, then took his wicket on the dramatic final evening.

Ignored by Australia’s selectors for two and a half years, he made 137 and 101 not out, and may still be pinching himself. It wasn’t his fault Cummins delayed the declaration.

Keeps chipping in with economical wickets – Malan in the first innings, Crawley in the second – and enjoyed himself with the bat on the fourth afternoon. No England bowler has more than his nine wickets in the series. 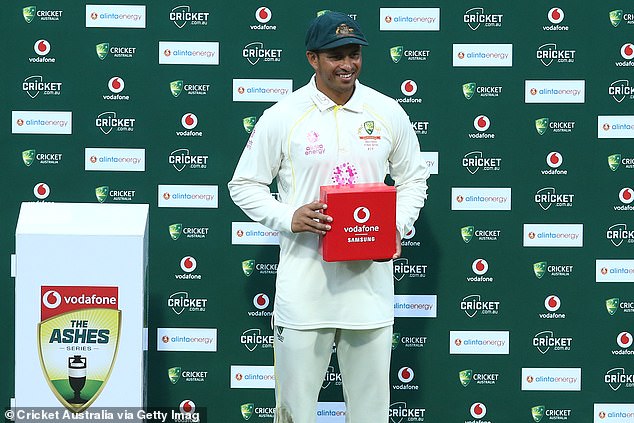 Proving unexpectedly fallible diving to his right, and two cheap dismissals with the bat. Bring back Tim Paine for a home Test in Tasmania?

Twice removed Buttler and Wood – thrillingly on the final evening. But he wasn’t quite at his best, and should have declared earlier on the fourth afternoon.

Removed Hameed early in England’s first innings, but finished with match figures of one for 124, and couldn’t break through with the second new ball on the last evening.

So Melbourne wasn’t a fluke, then. Removed Root for a first-innings duck, and took seven for 66 from 38.1 relentless overs – including Root once more. Never misses his spot.

Went at five an over for the first time in a Test innings for five years as Bairstow attacked him, and couldn’t quite prise England open on the last day. 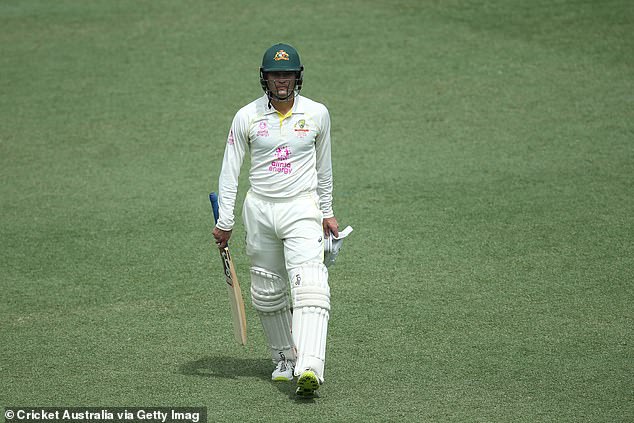 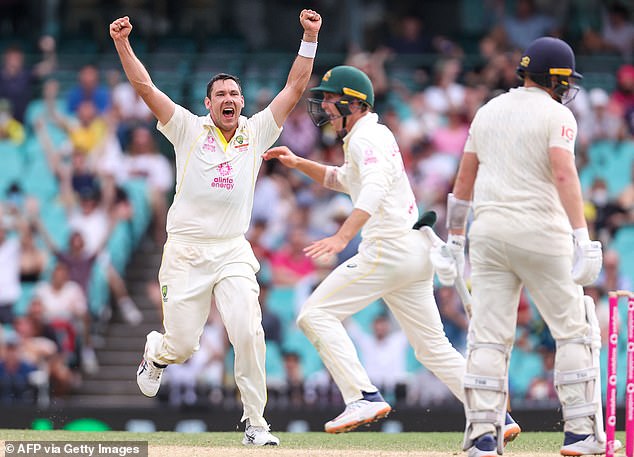 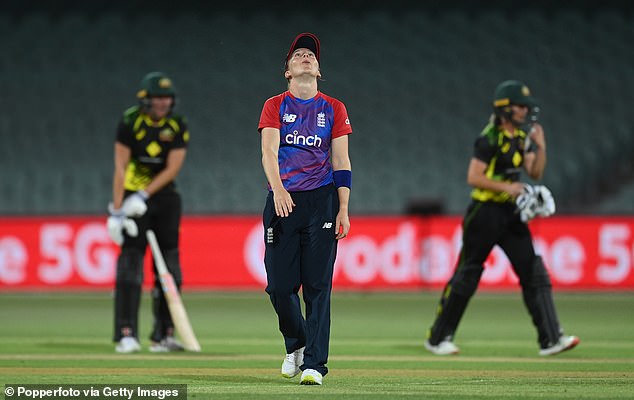