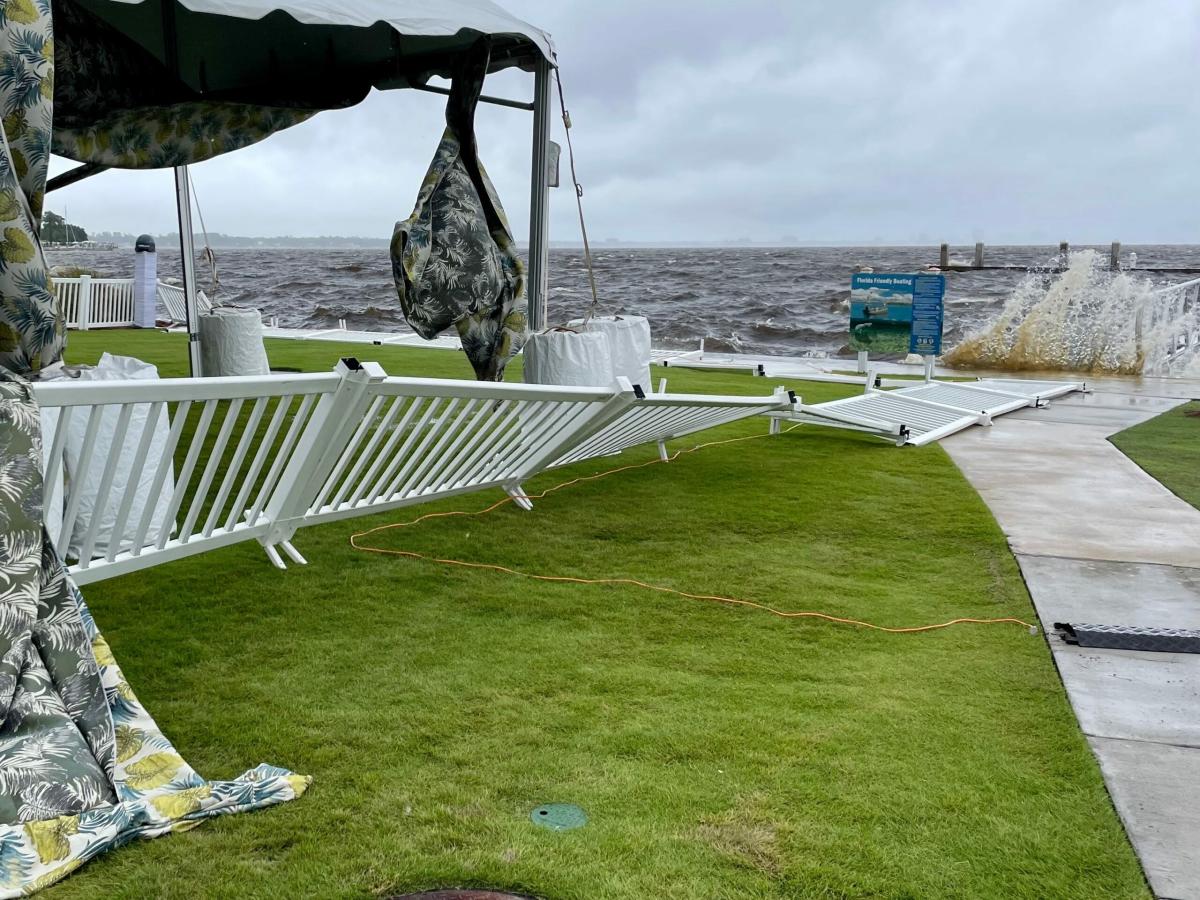 They’re battening down and getting prepared at the Timuquana Country Club to keep next week’s Constellation Furyk & Friends PGA Tour Champions in play.

While none of the tournament structures such as hospitality areas and bleachers are being taken down, other precautions are being made for the arrival and in the aftermath of Hurricane Ian, which is expected to bring tropical-force winds to the First Coast by Thursday morning.

Tournament week is scheduled to begin on Oct. 3 with the Florida Blue Pro-Am, followed by the Jake Owen concert on Oct. 4 at Daily’s Place, two more pro-ams on Oct. 5-6 and the tournament Oct. 7-9.

“We are doing everything we can to prepare and to clean up after the storm clears out,” said tournament director Adam Renfroe on Tuesday. “We’re confident we have a good plan and we have a full-on team effort going on right now.”

See also  Southern Hills’ first tee is so close to pro shop, it’s like teeing off from the clubhouse patio

Renfroe said the metal frameworks for the hospitality and food service tents are not being taken down, but the tent flaps are being rolled up and secured to allow wind to get through. He said the manufacturers of the structures have been consulted and they said the frames will be within the tolerances of the current forecast for duration and velocity of the wind.

“We expect the tents to be in good shape, based on the current forecast,” Renfroe said. “Right now we’re going around the course and taking up anything that’s loose.”

Timuquana recently finished a nine-month renovation project that improved, among other things, the irrigation and drainage – a crucial component given the forecast of rain up to 10 inches or more.

Renfroe said two golf-course construction companies, Maccurach Golf and Vallencourt Construction, have already been scheduled to be on-site Saturday to assist the Timuquana Country Club maintenance staff with the cleanup or downed trees and limbs.

One of Timuquana’s characteristics is its tall, stately pine trees and oaks but each tropical storm that has come through the First Coast usually topples a few of them.

See also  'People will see the good they're doing'

The First Coast lost one golf tournament in recent years to tropical weather, the 2016 Korn Ferry Tour Championship at the Atlantic Beach Country Club. It was canceled two days before the first round because of Hurricane Matthew.

The Furyk & Friends was also affected by the weather last year when a severe thunderstorm forced the suspension of the first round. It was completed later that day, with no fans on the course, but the weather was flawless on the weekend.

Information on the tournament can be found at furykandfriends.com.