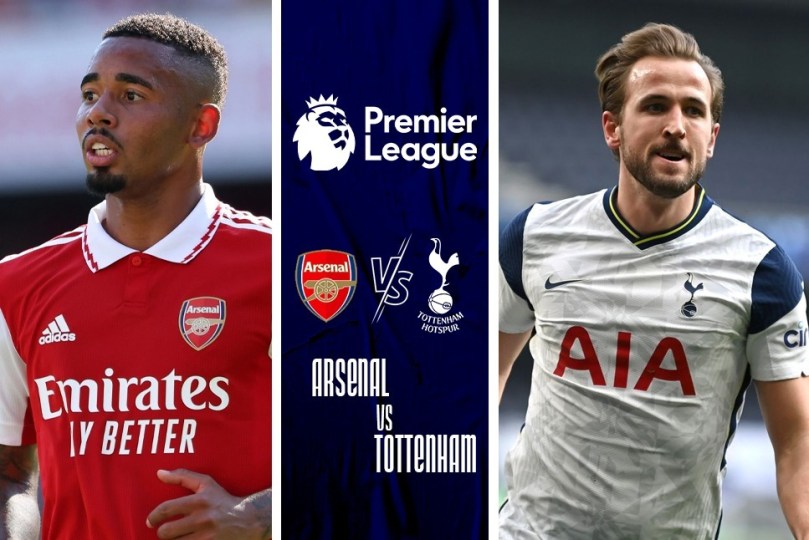 Arsenal vs Tottenham Hotspur LIVE – Premier League LIVE – Arsenal takes on Tottenham in a blockbuster North London derby on Saturday. Both teams have had a splendid start to the season, with both teams placed in the Top 3 of the table. While Arsenal lost a solitary game to Manchester United at Old Trafford, Tottenham are the only unbeaten team in the league after defending champions Manchester City. Follow Premier League LIVE updates on Insidesport.IN

Arteta’s side responded to their defeat to United with a resounding 3-0 win over Brentford, while Spurs fired past struggling Leicester, including a 14-min hattrick by Heung min Son. The fixture isn’t too kind on Tottenham, who have won only once at the Emirates Stadium in their last 13 attempts.

Working for the weekend 👊

Arsenal are aiming for a Top 4 spot for the first time since 2015-16, but have impressed everyone with their blazing start to the campaign. The fixture list has also helped the Gunners with wins over Crystal Palace, Leicester City, Bournemouth, Fulham, Aston Villa and Brentford  in their first 9 games.

Arsenal will be hoping left-back Oleksandr Zinchenko will be available after missing Ukraine’s games during the international break. Midfielder Thomas Partey returned after a lengthy absence from injury, but was absent from Ghana’s game against Brazil due to minor discomfort. Emile Smith Rowe is also struggling with a groin issue and is expected to miss out once again.

Manager Antonio Conte will be delighted with the fitness of his squad, with only Lucas Moura the only player on the sidelines. With a lengthy international break, Tottenham will be hoping that all stars return in prime condition, as they face a dangerous Arsenal side. With Harry Kane yet to fire on all cylinders, Conte will be impressed with striker Richarlison’s recent form helping out in attack.

Arsenal vs Tottenham Hotspur LIVE: When and where to watch the live streaming of Premier League matches?

When will Arsenal vs Tottenham Hotspur kick off in the Premier League? – Date

ARS vs TOT match will be played on 1st October 2022

What time will Arsenal vs Tottenham Hotspur kick off? – Time

Where will Arsenal vs Tottenham Hotspur be played? – Venue

The game will kick-off at the Emirates Stadium (Arsenal)

Premier League: Who will be the Match official? Referee

Anthony Taylor will be in charge of Arsenal vs Tottenham Hotspur

Arsenal vs Tottenham Hotspur will be live-streamed on Disney+ Hotstar VIP. The fans will have to subscribe to Hotstar’s VIP plan to stream the Premier League matches live. Indian Premier League fans can also stream the match live on Jio TV.

The fans will get to watch English commentary on Star Sports Select and apart from that regional fans will also get the opportunity to watch the match in their favorite language. Regional commentary in Bangla and Malayalam will be made available for key weekend matches on Star Sports 3 and Star Sports 1 Bangla.