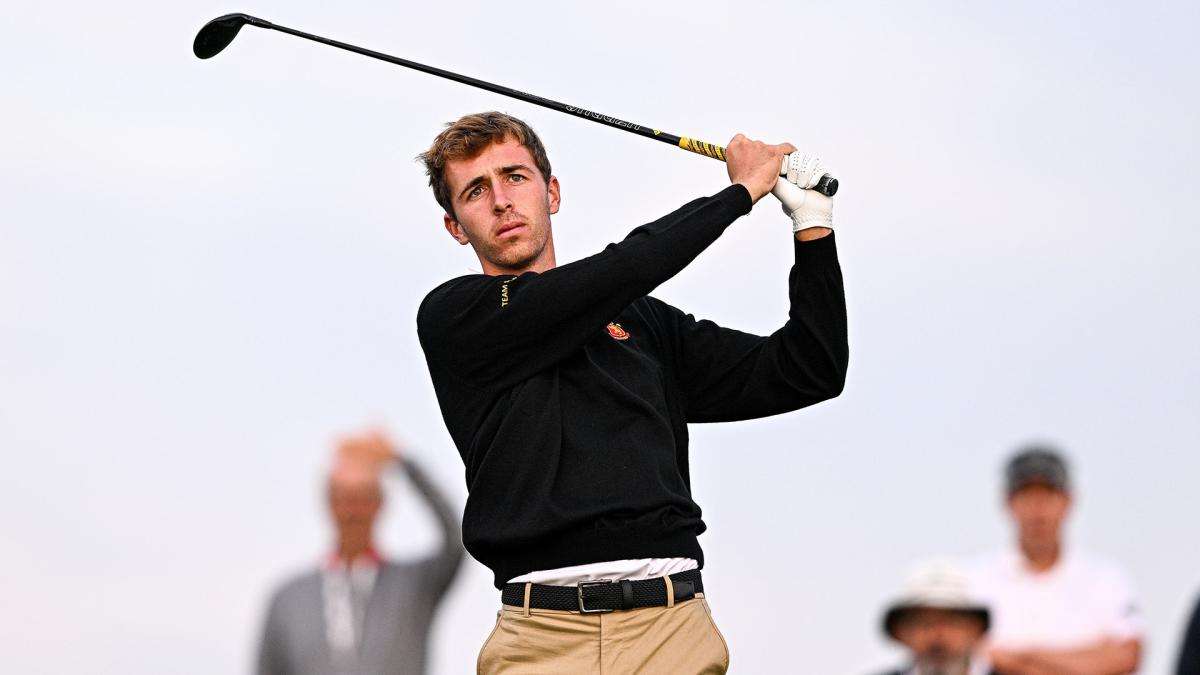 After competing in two LIV Golf events as an amateur, David Puig won’t have such a designation when he tees it up in this week’s LIV event at Rich Harvest Farms outside of Chicago.

The Arizona State senior informed GolfChannel.com that he has decided to forego the remainder of his college eligibility – Puig had two years left, counting an extra season granted because of the pandemic – and turn professional.

Puig will slot into Torque GC, the four-player team captained by Joaquin Niemann that includes Scott Vincent and Jed Morgan. It’s the third different team for Puig, who as an amateur played on Fireballs GC and Cleeks GC in his first two starts, respectively.

The 20-year-old Spaniard also announced the decision on his Instagram page, saying, “Although it has probably been the hardest decision that I’ve ever made … I will always be a Sun Devil and will continue to help build this amazing program – the program that gave a young kid from Spain absolutely everything.”

Puig didn’t compete for the Sun Devils in their fall season opener last weekend in Scottsdale, Arizona. Arizona State is now set to play the Olympia Fields/Fighting Illini Invitational, a 54-hole event that runs concurrent to this week’s LIV event and will be held at courses just over 60 miles apart.

While his playing career at Arizona State is over, Puig said he plans to remain in Tempe to live, practice and finish his degree.

In less than three full seasons with the Sun Devils, Puig won three times and posted seven other top-10s after arriving just prior to the Spring 2020 semester. He was twice an All-American and in his final college start, he tied for 11th while going 2-1 in match play at the 2022 NCAA Championship at Grayhawk, where Arizona State finished runner-up to Texas.

Puig turns pro as the ninth-ranked amateur in the world, fresh off a T-4 individual showing at the World Amateur Team Championship. He also advanced to the Round of 16 at the U.S. Amateur last month.

“David is an amazing Sun Devil, is and has been the heart and soul of our team, he’s very loyal to our school and our program,” Arizona State head coach Matt Thurmond said last month when Puig was still undecided about his future with the program. “Whatever he does, we support him because we know he does the right things for the right reasons.”

The Sun Devils placed second behind Auburn on Sunday at the Maui Jim Intercollegiate. They began the season ranked fifth in Golf Channel’s preseason team rankings.