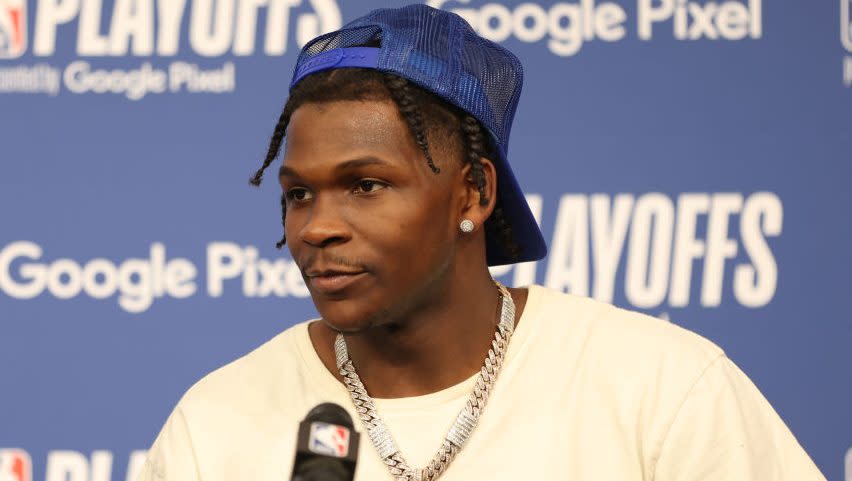 Anthony Edwards is going to face at least a fine from the league for this, maybe more.

In an Instagram story, Edwards used homophobic language to describe a group of men before adding a racial slur. He finished with, “Look at the world came to.”

The quick apology likely means that Edwards will only face a fine for his actions, although the league may want to make an example of the young star known for his big, confident personality. Kevin Durant was fined $50,000 for homophobic and misogynistic private messages that went public, and players from Kobe Bryant to Rajon Rondo have been fined for homophobic comments.

Edwards, the third-year guard and former No.1 pick who averaged 21.3 points a game last season, will be in even a brighter spotlight this season with a Timberwolves team that added Rudy Gobert to a front line with Karl-Anthony Towns. Minnesota expects to be near the top of the West, and to be there Edwards will have to be more efficient and more of a playmaker — they need him to be an All-Star. A leap he is fully capable of making. What the team does not want is its star making headlines for homophobic social media posts.

Expect the fine to come down from the league before training camp opens.

Wild stat: Eight teams control 85 first-round picks over next seven years Watch Luka Doncic drop 47 points on France at EuroBasket Rumor: Alex Rodriguez ‘scrambling’ to come up with his half of…