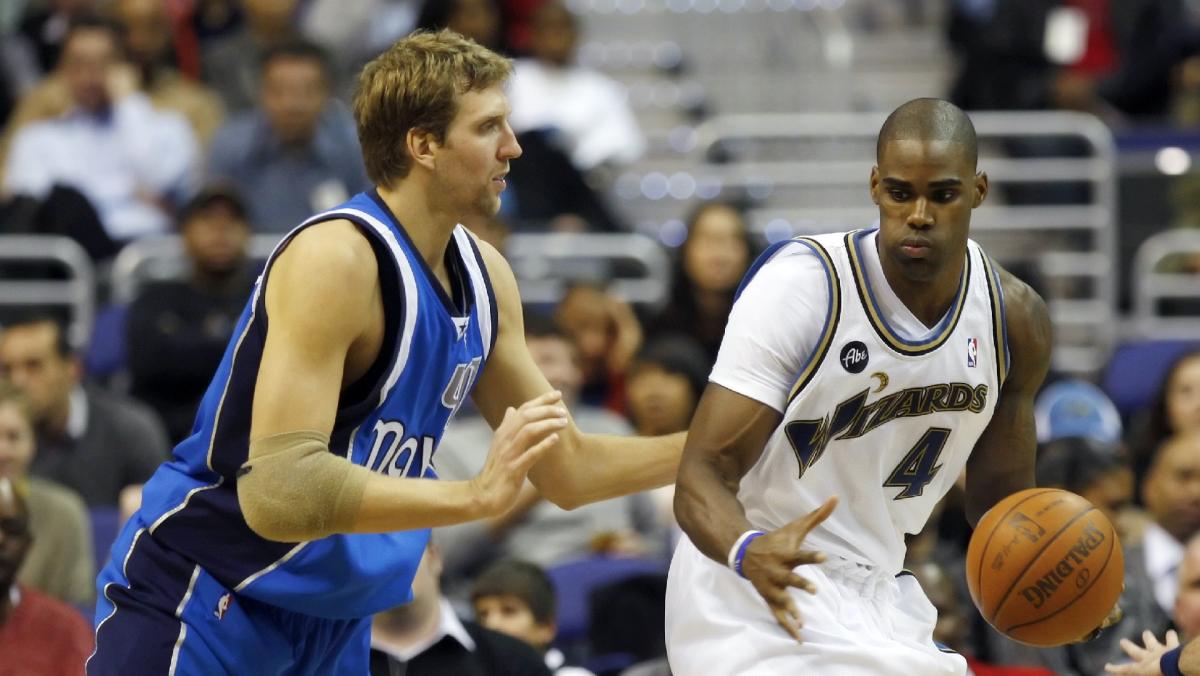 The NBA’s Eastern Conference looks once again to be stacked as the 2022-23 season is still in its infant stages. Some usual suspects — the Celtics, Bucks, and 76ers to name a few — line the top of the list of teams expecting to contend for the conference title.

But beyond them, the remaining throng of squads are all vying for a place in the postseason. And one former NBA star sees a surprise team coming out of the pack.

Washington is an interesting position as they finally can field a squad of Bradley Beal, Kristaps Porzingis, Kyle Kuzma and a few newcomers for the first time. Those three had all been on the team last year, but injuries kept them from taking the court together all at once.

“The difference for us (is) to stay healthy, get the chemistry down pat,” Jamison said. “I love Wes Unseld Jr. His coaching staff has been doing some unbelievable things. We’re going to make a lot of noise this year and that will make my job easier this year as well.”

Jamison might be a bit biased, as he not only currently works for the team but also spent six years of his NBA prime in the nation’s capital. He was a Wizard from 2004-10, earning two All-Star nods in the process and averaging over 20 points per game during his tenure in D.C.

But Jamison cannot be disputed in his notion that Washington did bring in talent all over the court this offseason. They traded for a pair of Denver Nuggets, Monte Morris and Will Barton, who give the Wizards a starting point guard and an effective floor-spacing wing.

Delon Wright was also brought in on a two-year deal to stabilize the bench and give the Wizards extra defensive help at point guard. The new additions all seemed to contribute exactly what the coaching staff had hoped when they were brought in during Washington’s 114-107 win over Indiana in their first game.

“If we stay healthy, Porzingis, Bradley Beal, I think that’s going to be a lethal combination,” Jamison said. “I think we got guys like Monte Morris, who in Denver really didn’t get the opportunity to showcase he can be a true PG and a PG who can run a team. Will Barton is an unbelievable vet and we got a great combination of young talent too.”

See also  This moment confirmed that Jayson Tatum, Jaylen Brown are in it together

Jamison’s lofty hopes for the Wizards coincide with those of the fanbase and coaching staff, who look to utilize a nearly fully healthy roster to make a playoff push.