For England, a day of pyrrhic victories and pointless triumphs. It was their first good bowling day of the series: unfortunately, it began with Australia almost 300 runs ahead in their second innings. Jos Buttler restored his fragile confidence with two fine sprawling catches, either side of the regulation chance he dropped off Steve Smith’s first ball.

Rory Burns finally showed some fight at the top of the order, his 34 knocking off a little over 7% of England’s 468-run target. And the captain, Joe Root, courageously batted on despite receiving two painful blows to what was euphemistically described as the “abdomen”, only to perish to the last ball of the day and leave England on the brink of defeat.

Best of all, England have finally unearthed a spinner capable of giving the ball a tweak and challenging the outside edge. Unfortunately it was Ollie Robinson, one of their frontline seamers, gamely stepping up for a few extra overs in the morning session while Root was in hospital attending to more fundamental matters.

You had to feel for some of the more refreshed viewers back in the UK, watching through a mottled haze as Robinson fizzed his first Test off-break past a startled Travis Head. Was this a waking dream? Had we slipped into a phantasmagorical parallel universe of moving floors and talking rabbits?

Oh, hang on. No, Australia are miles ahead in the third innings after choosing not to enforce the follow-on. Life doesn’t get more real than that.

Indeed, Robinson was just one of three England spinners deployed on day four as the Adelaide surface began to rag and rip. Finally England had an answer to the famed Indian trio of the 1970s: Bedi, Chandrasekhar, Venkataraghavan, meet Root, Robinson and Dawid Malan. England’s unlikely spin triplets combined for four wickets on Sunday evening in Adelaide, and if it didn’t quite feel like a new era in English spin bowling then perhaps this was because – in common with much of what England do these days – very little about it seemed to have been prepared in advance.

After Robinson came and went, Root returned to the field and claimed two quick wickets with a combination of fiddly offies and filthy leggies. Malan took the key wicket of Marnus Labuschagne – at least, it would have been key had Australia not already been 410 ahead – and despite serving up the odd long-hop did a decent enough job.

And so England ended up bowling 35 overs of spin in the Test, a curious move for a team who went into the Test insisting that they didn’t need a spin bowler. Indeed one of the more memorable television images from day four was the expression of Jack Leach – England’s main spinner – sitting just over the boundary rope in a yellow bib, watching Robinson bowl and Root about to relieve him. “Unimpressed” barely hints at it.

In a way, it was the ultimate vindication of Australia’s pre-series plan: isolate the spinner, target the spinner, hit the spinner out of the attack, out of the team, perhaps even out of the series. Probably Leach will return at some stage. But his mauling at Brisbane had already achieved its primary objective: spooking England into changing tack, forcing them to leave out their best spinner on Australia’s best spinning wicket.

The good teams take these setbacks in their stride, show some faith, reaffirm their principles. England, by contrast, are not a good team and have very few remaining principles to speak of. And so when things go wrong – and they often go wrong – there is little to fall back on but feverish improvisation and blind panic. This, above all, is how you end up rotating three part-time spinners on a turning wicket while your actual spinner with a Test average of 31 watches from a chair.

Perhaps this is simply the latest example of England’s make-do-and-mend approach in Test cricket, in which players are assessed not simply on their core skills but what you might term their “added value”. Bowlers who can bat a bit. Batters who can also keep wicket. Seamers who can bowl a bit of spin. Spinners who can also captain. Coaches who are also selectors. The omission of Leach may feel like a fleeting aberration but it is in fact entirely in keeping with the prevailing culture of English Test cricket, which is concerned primarily with covering up weaknesses rather than embellishing strengths.

By contrast, it now seems clear that tales of Australia’s weakness have been greatly exaggerated. Comparisons with India’s victory a year ago seem particularly misplaced: this was one of the all-time great Indian sides, and even then they needed to chase 329 on the last day of the deciding Test. And so as they head into day five perhaps England need to recalibrate their expectations here. Winning one Test. Drawing a Test. Getting close to drawing a Test. After all, when you are about to lose your 11th Test out of 12 on Australian soil, you probably need to start taking your wins wherever you can find them.

IND vs NZ LIVE: Shreyas emotional as he gets cap from Gavaskar 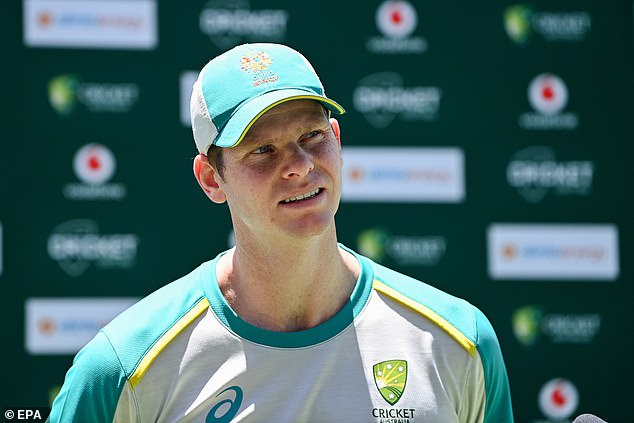 The Ashes: Steve Smith blames ‘bowler-friendly wickets’ for his lack of runs in strange series

IND U19 vs AUS U19 Semi-Final Live In your country, India