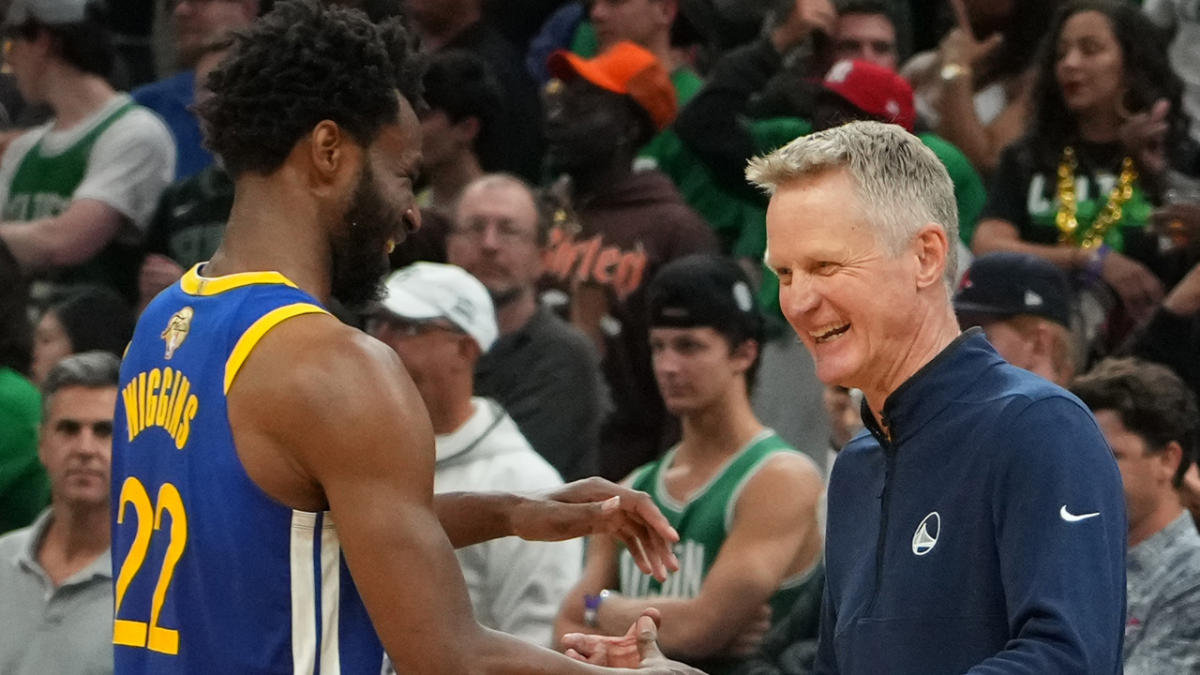 Andrew Wiggins has turned his career around and Warriors coach Steve Kerr noticed it all.

Kerr was on 95.7 The Game’s “Damon and Ratto” show on Thursday and was extremely complimentary of the job Wiggins did in the 2022 NBA Playoffs.

“Wiggs was so good and played such an important role and I think what you saw last year was a culmination of two and a half years being with this organization,” Kerr said.

The Warriors coach also added that Wiggins found his niche in Golden State as a lockdown defender and a tertiary scorer. With the team already boasting Steph Curry and Klay Thompson, Wiggins didn’t have to focus too much on offense, allowing him to focus his energy elsewhere.

“He couldn’t have played that role any better in the Finals especially, but really throughout the playoffs,” Kerr continued. “The way he rebounded, the way he guarded the opponent’s best players, he was just awesome.”

When Wiggins played for the Minnesota Timberwolves, he was often criticized for not fully utilizing his athletic abilities to be a more complete player.

As such, when the Warriors acquired him for D’Angelo Russell in 2020, the initial reaction was mixed, with some claiming Golden State would never reach the NBA Finals again to others calling it another shrewd move by Warriors president and general manager Bob Myers.

However, once Wiggins became comfortable in Golden State and with Kerr, his full potential began to show. Wiggins proved to the doubters that he can score at will while also defending at an All-Defensive Team level and rebounding with the best of them.

Seeing Wiggins’ progression through the years and his engagement when coached is why Kerr calls the former a “joy to be around.”

“It’s just been a perfect marriage and we’re thrilled with him and I know he’s happy to be here. So excited to coach Wiggs again,” Kerr concluded.

Considering the criticism and road Wiggins took to become an integral part of a championship team, it makes sense why he is “having the best summer” of his life.

If Wiggins can keep elevating his game with the Warriors, there’s no doubt that their union can continue for the foreseeable future.