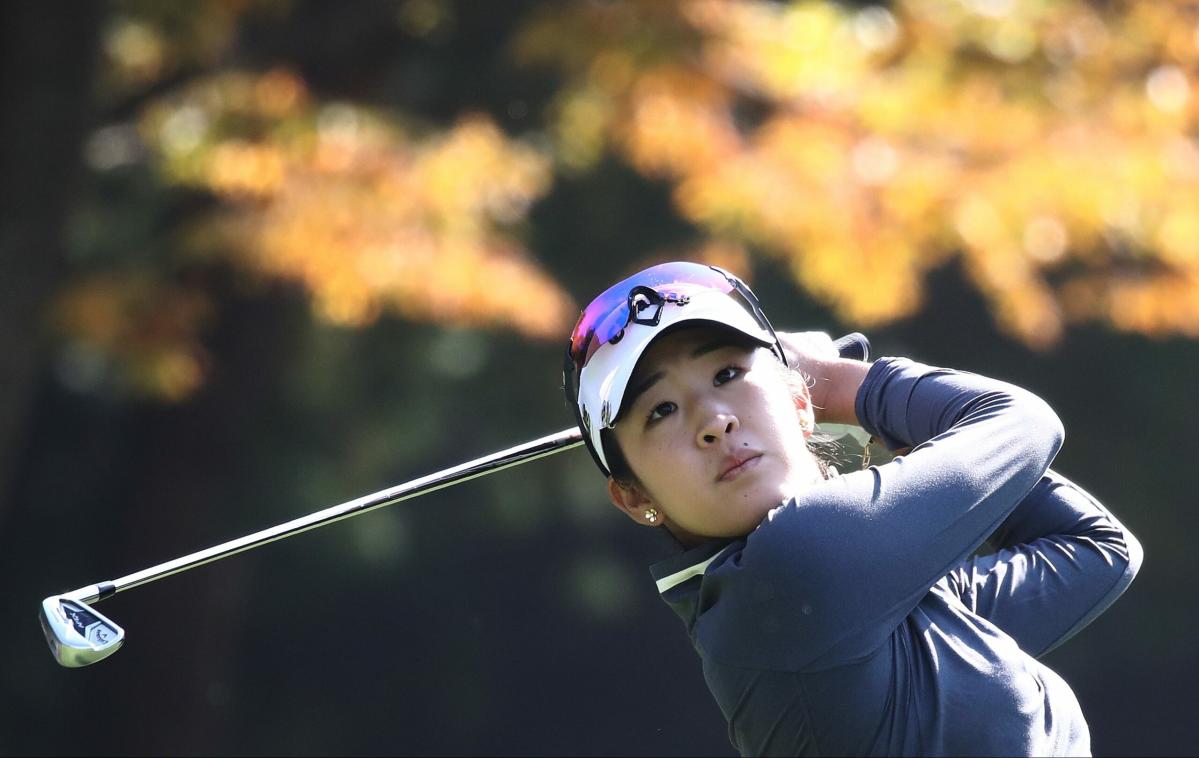 Lee, who birdied three of her last four holes, has missed only two greens and two fairways in her matching rounds of 66. The former Stanford star said she’s used to the hilly terrain of Oak Valley Country Club having grown up at Palos Verdes Golf Club in California.

“I think it just gave me so much confidence after that win in Portland,” she said, “and I’m just playing really carefree golf, and I’m really relaxed out there. Just having fun. I don’t feel the pressure anymore to get that first win. I feel comfortable being atop the leaderboards now, and you know, hopefully I can just keep it rolling.”

Lee, 24, saw her 91-year-old grandfather for the first time in three years this week and looks forward to having him come out this weekend.

“The Koreans, they love golf,” she said. “They are so passionate, emotional about it. So it’s great to feed off of their energy. They are definitely rooting for all the Korean players out here. I’m Korean-American, so I feel like they are rooting for me, too, and it’s nice to have that.”

Lilia Vu of the USA watches her shot after teeing off during the second round of the BMW Ladies Championship golf tournament at Oak Valley Country Club in Wonju on October 21, 2022. (Photo by Jung Yeon-je / AFP) (Photo by JUNG YEON-JE/AFP via Getty Images)

Vu bounced back after her first bogey of the tournament on the 14th with an eagle on the par-5 15th. A prolific winner at UCLA, Vu finished third in Portland the week that Lee won and has six top-10 finishes this season. This is also her first time competing in South Korea, and she spent Friday alongside Lee and 2020 U.S. Women’s Open champion A Lim Kim.

“I mean, definitely a little bit of like an adjustment for me to get used to because (when) she would hit it pretty close, everyone would start yelling,” said Vu of the crowd’s reaction to Kim. “I hit a couple shots to three feet today. Maybe a half-clap from my parents. Yeah, so it’s kind of different, but it’s fun. They are very spirited here.”

There are a number of scenarios in which Thitikul will rise to No. 1 in the world this week. A victory would get her there. She can also finish as low as fourth and still climb to No. 1 if Jin Young Ko finishes solo 29th or worse and Minjee Lee does not win.

World No. 1 Ko opened with an 80 that included a 10 on the 18th hole. Friday wasn’t much better. A double-bogey and eight bogeys led Ko to shoot 79, one day after carding the worst round of her LPGA career. She did card an eagle on the 15th.

Ko hit seven fairways and 10 greens in the second round and is currently last in a field of 78. This marks Ko’s first event back since taking two months off to heal an injured left wrist.