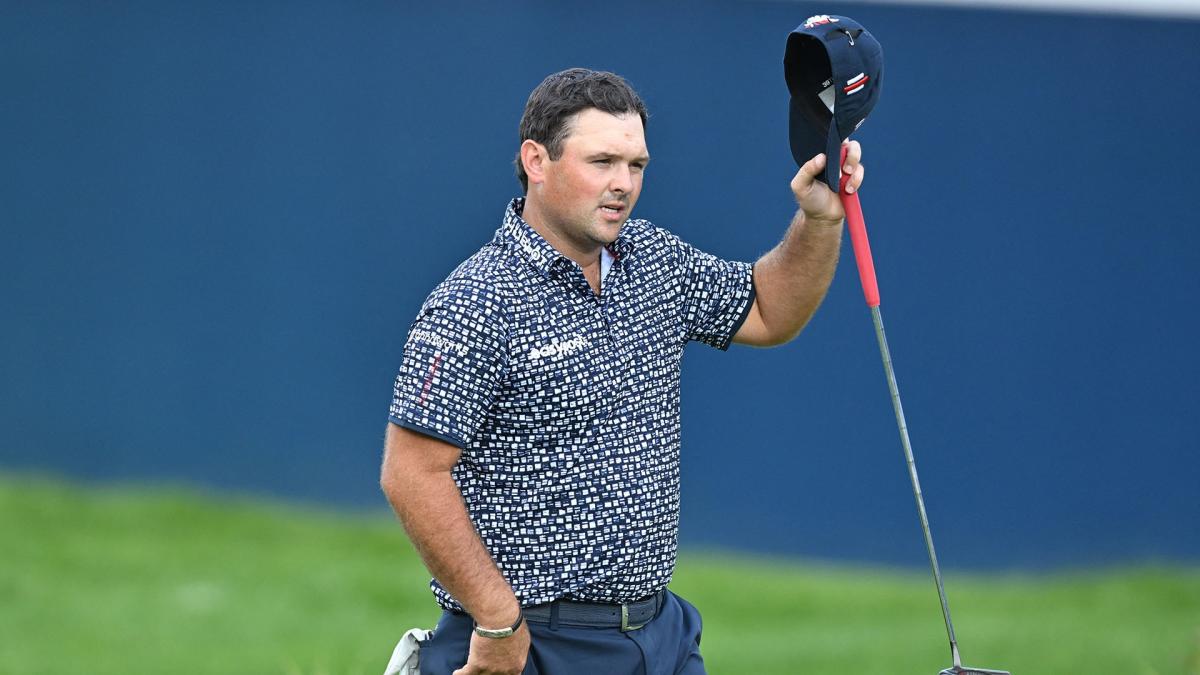 VIRGINIA WATER, England – As Graeme McDowell made his way down the 54th hole at Sunday’s BMW PGA Championship (insert LIV punchline here), he considered the moment.

“I nearly got someone to bring me a pint of Guinness so I could drink it going down the last in case that was my last walk as a European tour player,” he smiled following a 69 at Wentworth. “I hope it’s not.”

The convergence at last week’s BMW PGA of old and new, good and evil – a decidedly sliding scale depending on one’s outlook – proved to be a sort of seminal moment in the growing divide between the game’s established tours and LIV Golf. The final tab will show 14 of the 18 LIV players in the field made the cut at the DP World Tour’s flagship event, including Patrick Reed and Talor Gooch, in a blatant world-ranking points grab.

Soundbites were unleashed and weaponized.

And resolves were strengthened, perhaps sadly.

But when you start peeling away the hyperbole and the social media bots and the vitriol, what the BMW PGA exposed is the dangers of absolutism.

Wentworth proved that the LIV dilemma is much more layered on this side of the Atlantic. Where the PGA Tour and commissioner Jay Monahan have carved a clear line when it comes to the Saudi-backed league, there is a respect, however begrudged, offered to those who have been the heart and soul of the European circuit for decades. Ian Poulter, Lee Westwood and McDowell were granted a measure of acceptance, if not welcomed, at the Continent’s most significant event.

“I didn’t feel any bad blood from the players or the fans,” McDowell said. “I feel like this is a level above players. Players on both sides, especially here in Europe because I know the guys a bit better, they feel like they haven’t been a part of the decision-making process. It just feels like this entire thing is at a higher level, like politics and you’re living in a country and your life is in the hands of the politicians.”

Tuesday’s players’ meeting at Wentworth was a microcosm of that, with DP World Tour CEO Keith Pelley holding a Q&A that produced exactly four questions – three from Poulter and one from Sergio Garcia, another European legacy player who cashed in with LIV.

This won’t be the last European party the LIV players crash. Thanks to an arbiter’s ruling in July, any suspensions or fines directed toward the European players who have joined LIV have been stayed until a formal hearing in February 2023. There are four LIV players in next week’s field in Italy, and Reed plans to play the French Open following next week’s LIV event in Chicago.

“For me as a player and as an honorary lifetime member [of the European tour], I definitely will come back and play. I don’t plan on being one-and-done,” Reed said following his T-5 at Wentworth. “I always want to play at least the minimum and continue to hold my card. I take pride in that, I take pride in being a worldwide player and coming over and playing on the European Tour. Nothing will change how I feel about coming over to play.”

A British court will ultimately decide if the European circuit will continue to be so welcoming, but last week’s convergence did provide a glimpse into the possible future of golf. Like all compromises, the BMW PGA was neither perfect nor entirely accommodating.

While McDowell, Westwood and Poulter enjoyed a modicum of acceptance, Gooch and Abraham Ancer were both called out by fellow players for participating in the event for the first time just to collect ranking points.

Players have been tinkering with their schedules to maximize world-ranking potential since the OWGR began, but Gooch’s decision to play Wentworth, however well-reasoned, was still a heated talking point. It’s the burden of the times in which we live; pick a side and there will be someone to argue with you.

Rory McIlroy has become the outspoken frontman for the PGA Tour, and he again embraced the role last week, telling reporters on Wednesday as he began his press conference that he wants all of the LIV shade. “Give me it all. It’s fine,” he said.

For McDowell, a fellow Northern Irishman and a longtime friend of McIlroy, it was a gauntlet that was impossible to ignore.

“Rory and I have spoken by text and it’s been cordial,” said McDowell, his normally engaging eyes diverting to the turf. “When Rory does what Rory is doing, which I can’t believe how well he’s playing considering the time he has devoted to the process with the PGA Tour. I don’t take anything personal that he says because I know it’s not aimed toward me. I don’t think it’s affecting any of my personal relationships at all.”

But if Wentworth provided a glimpse of what professional golf may look like in the immediate future, there is no roadmap where the game is going. Next February’s hearing in the United Kingdom may decide the LIV player’s fate in Europe, but a similar antitrust lawsuit in the United States is currently scheduled to grind away into early 2024.

Beyond last week’s uncomfortable coexistence, where does the game go from here?

“I don’t have a clue what it looks like. The current leadership doesn’t appear to want that in any shape or form,” McDowell said. “I don’t see how it happens in the short term.

“Five years from now where are we going to be? It’s really hard to know. I hope we’re not still having these s—ty conversations like we are today. There has to be some sort of stability and clarity. Are they dashed yellow lines in the center of the road or are there solid lines? Do not cross or are we going to cross? I don’t see any coexistence any time soon.”

The BMW PGA Championship provided a measure of clarity, however uncomfortable and contentious, but where the game goes from here is still a mystery.