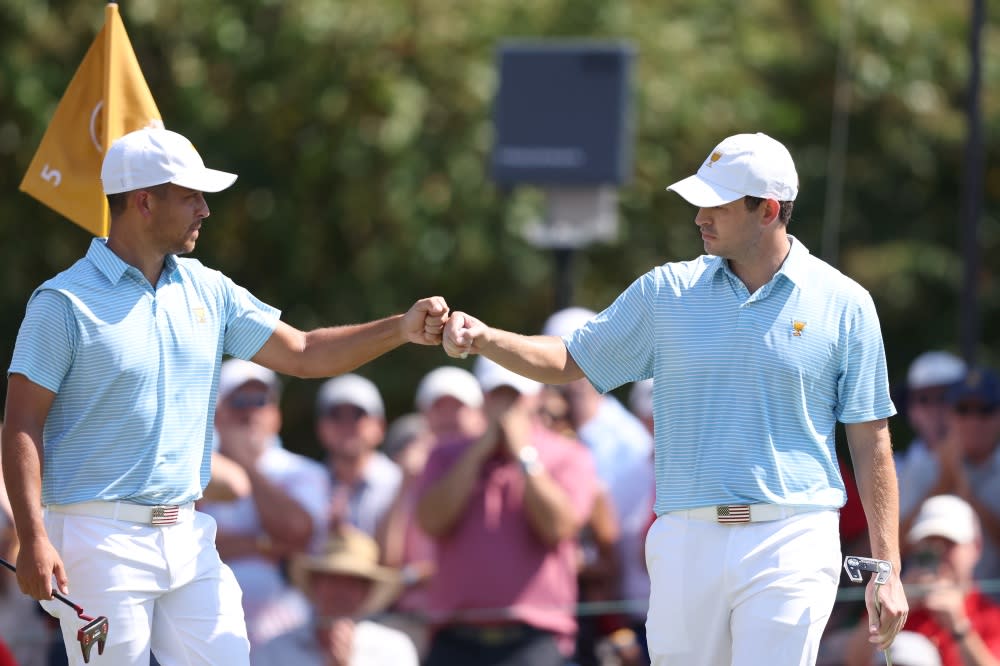 CHARLOTTE, N.C. — If the Internationals don’t earn some early points on Saturday the 2022 Presidents Cup may be over before Sunday singles.

The Americans hold a commanding 8-2 lead after dominating on Thursday and Friday at Quail Hollow Club and will enter Saturday’s pivotal double-session of matches with a dangerous level of confidence and momentum.

The fun begins at 7:12 a.m. ET with the second round of foursomes matches (think alternate shot), but the morning will be without one of the most dominant American pairings after captain Davis Love III elected to rest Patrick Cantlay and Xander Schauffele, who are a perfect 5-0-0 in the format dating back to the 2019 Presidents Cup. Meanwhile, Scottie Scheffler and Sam Burns, who are 0-1-1 this week and were the lone foursomes loss on Thursday, are paired for the third consecutive session.

Here’s how the pairings shake out for the morning of Day 3 at the 2022 Presidents Cup.

With only four matches instead of five, that means four players will ride the pine pony Saturday morning. For the Internationals, that would be: Christiaan Bezuidenhout, Sebastian Munoz, Taylor Pendrith and Mito Pereira. On the American side, Kevin Kisner, Billy Horschel, Patrick Cantlay and Xander Schauffele.

How to watch, stream, listen

Presidents Cup: Americans hold on for early lead after Internationals fight back in Thursday foursomes