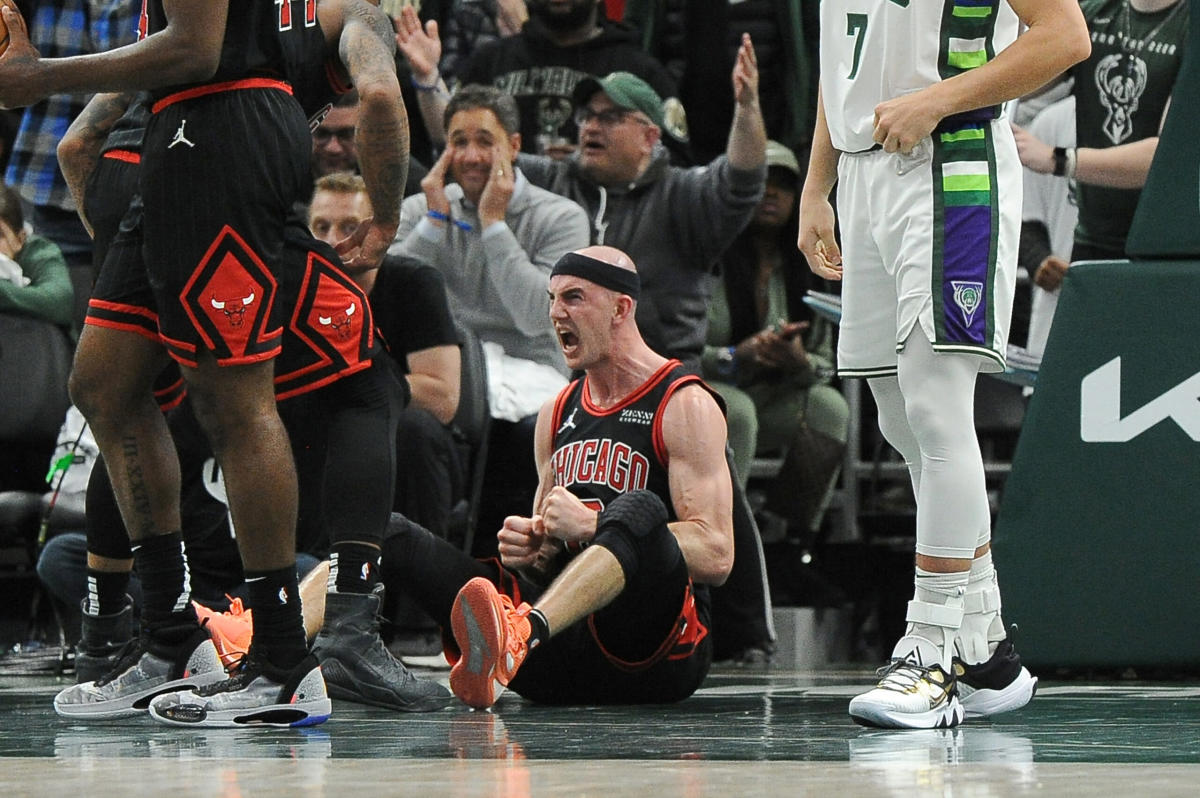 The 2021-22 season for the Chicago Bulls was quite the rollercoaster.

Chicago started the first third of the season as the hottest team in the league as their offense, and yes, their defense, was both near the top of the league.

But, injuries soon riddled the success of the Bulls, specifically their defense, which dropped them down to the No. 6 seed in the Eastern Conference, ultimately losing to the Milwaukee Bucks in the first-round of the playoffs.

Alex Caruso and Lonzo Ball, who were both hit my injuries causing them to miss significant time, were the catalysts of Chicago’s defense to begin the season. Once they both hit the shelf, so did the Bulls’ perimeter defense.

Last month, Caruso spoke to Jamal Collier of ESPN about last season’s injuries and when healthy, how he and Ball are a top defensive duo in the league.

“Defensively, me and him went like top 5-10 guards in the league, on ball defense,” Caruso said.

Along with Patrick Williams, who also missed significant time last season due to injury, the Bulls have a three-headed monster on the defensive end, but that monster can’t be effective if they’re not healthy.