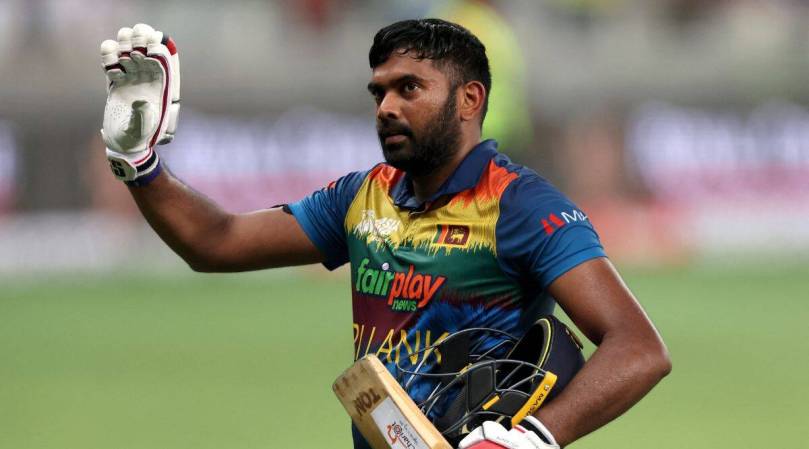 SL vs AFG ODI: SL Squad Afghanistan ODIs: Bhanuka Rajapaksa ODI Retirement? – ODI is not a popular format anymore among cricketers. SriLanka’s dependable batter Bhanuka Rajapaksa has proven that once again. He has followed Ben Stokes and Aaron Finch besides Alex Hales to all but call it a time on ODI career. As SriLanka begin World Cup 2023 preparations, Rajapaksa has requested SriLanka Cricket for a break from ODIs. Hence, he will miss the Afghanistan series while his ODI future too remains in doubt. Follow SriLanka vs Afghanistan ODI LIVE Updates on InsideSport.IN.

Bhanuka Rajapaksa is now latest addition to list of cricketers who have moved away from ODIs. Last week, England opener Alex Hales said he is not considering ODIs. Before that, Aaron Finch called it a time on ODIs. Ben Stokes showed the path when he sensationally announced his ODI retirement in July.

“Bhanuka Rajapaksa has requested that Sri Lanka Cricket release him from the current squad. He wants to take a break from ODI cricket. Accordingly, Rajapaksa will be released from the squad,” SLC said in a statement.

While Rajapaksa was originally in the ODI squad, he pulled out at the last moment. When SLC sent the squad for the sports ministry’s approval, SLC was unaware. However, the 31-year-old wicketkeeper-batter requested SLC to not consider him for ODIs. It should be noted that Rajapaksa only made his ODI debut in July 2021.

While Rajapaksa hasn’t clarified his ODI future, Alex Hales indicated that he would call it a time on ODI career.

“I don’t know but I think going forward I would concentrate on playing T20Is for England and franchise cricket. I haven’t put much thought into ODIs,” Hales said last week.

In the meantime, Bhanuka Rajapaksa has requested that Sri Lanka Cricket release him from the current squad, as he wants to take a break from ODI cricket.
Accordingly, Rajapaksa will be released from the squad. https://t.co/Y1AA9a8dMU

What’s next for Bhanuka Rajapaksa?