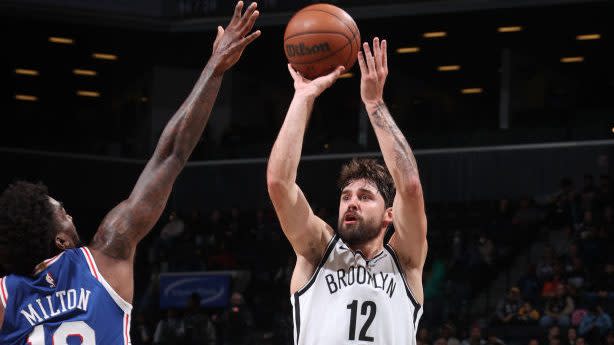 The Nets missed Joe Harris‘ shooting in the opener shooting 10-of-33 from 3, and Pelicans defenders chased Brooklyn shooters off the arc and into the midrange (and the Nets missed too many of those, too).

Harris will return to the Nets Friday night against the Raptors he confirmed Friday morning at shootaround, via Brian Lewis of the New York Post.

Harris missed all but 14 games last season because of his ankle surgery, but he is the kind of shooter the Nets need with this roster — he has shot at least 41% from 3 each of the last five seasons. Both he and Seth Curry were out on opening night for the Nets against the Pelicans, and it showed.

Harris likely will be on a minutes limit, but any minutes the Nets can get out of him will be a boost against a long, athletic, and aggressive defensive team in the Raptors.

After missing opener, Joe Harris will play for Nets vs. Raptors Friday originally appeared on NBCSports.com