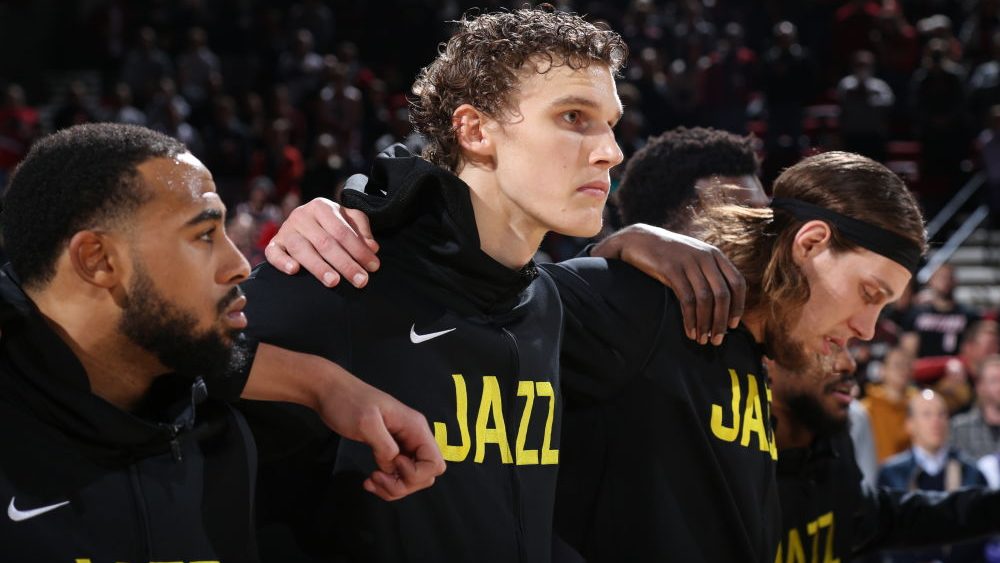 Nobody saw this coming, and in a moment of honesty Danny Ainge would probably admit he didn’t either. While the Jazz would tell anyone who would listen they were not tanking and had some veteran depth on the roster, the idea of a 12-7 start that had them sitting second in the West with a +3.2 net rating (eighth best in the NBA) was beyond even their dreams.

Yet here they are, and the Jazz are shifting course and keeping the band together — they are not trading these stars to chase Victor Wembanyama, something Jake Fischer reports at Yahoo Sports. In fact, the Jazz might push some of their chips in to add a player for this season.

Utah has so far signaled an intent to keep breakout star forward Lauri Markkanen plus franchise favorite Jordan Clarkson, and have established a high asking price for Jarred Vanderbilt, sources told Yahoo Sports, leaving Malik Beasley and Kelly Olynyk, along with Conley, as the obvious veterans the Jazz could move before the Feb. 9 trade deadline. Olynyk is known to be a favorite of Ainge.

But what if Utah is no longer content with joining the race for prized prospect Victor Wembanyama? The Jazz’s interest in Hawks forward John Collins is real, league sources said, and would seem to indicate Utah is considering how to add to this winning unit rather than subtract from it. Right now, the likelihood of Collins landing in Salt Lake City, though, seems low. Atlanta approached the Jazz about swapping Collins for Markkanen, sources said, which did not generate any traction.

Markkanen has been maybe the biggest surprise in the NBA this season, a player who has always had potential but never lived up to the expectations of the No.7 pick due to injuries and situations. He is now, playing at an All-Star level with 22.4 points and 8.5 rebounds a game, shooting 36.1% on 3-pointers. There is zero chance the Jazz would trade him for Collins (but nice try by Travis Schlenk).

The Jazz can’t go in on the tank at this point for two key reasons. The biggest: The fan base has bought in and loves this team. You could sell the need to break up the Gobert/Mitchell era because everyone had seen what they were, what their limitations and ceiling were. While not all the fans loved it at the time, it wasn’t hard to sell the idea that the team was going to implode in a couple of years anyway, better to make deals and get back massive trade hauls now. This new team however, nobody knows what it can be, what it can grow into with some tweaks. This team is fun and the fans love it, to break it up would be a punch to the gut of the core fans.

Second, because of the fast start tanking probably doesn’t work anyway. Marc Stein broke the numbers down in his latest newsletter, but the only team to kind of pull this off was the 2018-19 Grizzlies (they started 12-6 but traded Marc Gasol and everyone else, finished 33-49, then got lottery luck to jump from the eighth place odds to the No.2 pick, which they used on Ja Morant). Aside from them, teams that started as fast as the Jazz and missed the playoffs just ended up in the high lottery.

Plus, the players in Utah love this experience and don’t want out. Take Malik Beasley, who a lot of teams are eyeing as a potential trade target but told Michael Scotto of Hoopshype he wants to stay (he has a $16.5 million team option on his contract for next season).

I would love for them to pick that option up for me to continue my journey here in Utah. If not, then I’ve got to make the best of it. I’m very thankful for this landing spot since I came here. There are a lot of great people here in Utah and a great fan base. I think it’s the perfect opportunity to show I’m a changed man in Utah.

Whether or not the Jazz keep Beasley or Collin Sexton (another player drawing interest, according to league sources), the Jazz are not breaking this team up. How good they are over the final three-quarters of the season and into the playoffs remains to be seen, but the Jazz want to see what they have, not break it up and tank. Not anymore.

Check out more on the Jazz