There has never been so much football. Every day, someone somewhere plays someone else, and you can follow it all over the world on any device – live, on demand, or just the highlights, on YouTube, DAZN or Twitter. There’s more to come; soon the Champions League will host a hundred more games a year. Our collective attention, as research calls it, is declining in the process, but it’s hard to stop the trend.

What Fifa’s president, Gianni Infantino, and his adviser Arsène Wenger now have in mind could finally lead to overconsumption. They want to hold the World Cup every two years instead of four. The European Championship as well as other continental competitions would presumably follow this rhythm at some point, so that in the future a major football tournament would be held annually.

This project is being protested by Uefa, many European associations and clubs, as well as fans and some players. As tournament director of Euro 2024, I agree with this. Shortening the World Cup cycle would give the impression that football is all about money. And major sporting events need patience and time. That is crucial for their sustainability.

Too much football would affect the fans. Major tournaments are anchored in their memories; they shape many a biography. The Greeks were allowed to call themselves European champions for four years, from 2004 to 2008, the Portuguese for five, the Spanish for eight. From 2014 to 2018, Germany were No 1 in the world. Accelerating the cycle would make many experiences and memories interchangeable. An annual tournament would be like an additional social media channel on your phone or another streaming app.

Too much football would also hit the players. “If you play that every two years, mentally it’s tough,” Thierry Henry, who played in seven tournaments for France, said of Infantino’s idea. “I came out of them shattered mentally.” What he means is: playing for a national team is a special job. You play less for the money, more for the country and the fans. It comes with a lot of responsibility, it’s exhausting. I myself retired from the national team in 2014 – it was my sixth tournament. I had decided that long before, because the double burden is intense. I played three years longer for my club.

Too much football would, not least, hit the social added-value of football. Its two competitive formats, Infantino and Wenger seem to overlook, differ in their essence. The methods of club football are resembling those of business. I’s becoming more scalable, digital and abstract. The Champions League is part of the entertainment industry.

That makes the contrast offered by the national team all the more important. It must always remain a piece of the common good. A World Cup is more than a business. It’s where everyone comes together. Here, football creates a connection to the people.

For Euro 2024 to be a celebration for everyone and for the whole country to enjoy the tournament, the Germany team must perform accordingly. But it also poses challenges for us as hosts. My team and I are therefore pursuing initiatives that go beyond the sporting competition. For example, we have launched a network for amateur and children’s football. We want to support the clubs at grassroots level so they get people excited about volunteering, and so that their membership numbers increase, as they did after 2006. The European Championship should be a catalyst for grassroots sports. We must not squander this opportunity, because even Germany only gets a tournament like this every 20 to 30 years.

Euro 2024 GmbH, the joint venture of Uefa and theDeutscher Fussball Bund (DFB) that is organise the European Championship, has developed an event social responsibility strategy to meet the increased requirements in terms of ecology. In a participatory process, we involve the public; football is to be brought closer to the centre of society again. As the lowest common denominator, it is ideally suited to debates on diversity, inclusion, participation or equality. This column, which is published in more than 25 countries, also serves this purpose.

To underline the motto “United by Football”, it’s also natural for me to bring Celia Sasic to my side as an equal partner. She knows the roots of football and has achieved everything: Champions League, European champion twice, top scorer, Europe’s female football player of the year. As a European Championship ambassador, she should be represented on the DFB executive committee, just like me, to take on responsibility. That radiates out to the federation and its future. Women and men should be equal, but they still aren’t everywhere, for example in football.

A major sporting event requires extensive preparation, both in terms of infrastructure and intellect. We will talk to many people and negotiate with many institutions. What is football, what should it be, what can it achieve? We will take our time to answer these questions. You need time if you want to shape things, if you want to bring about change. It doesn’t work every two years. Otherwise the relevance and credibility of a tournament will suffer, otherwise football will lose its power, otherwise a European Championship will be nothing more than pure entertainment. 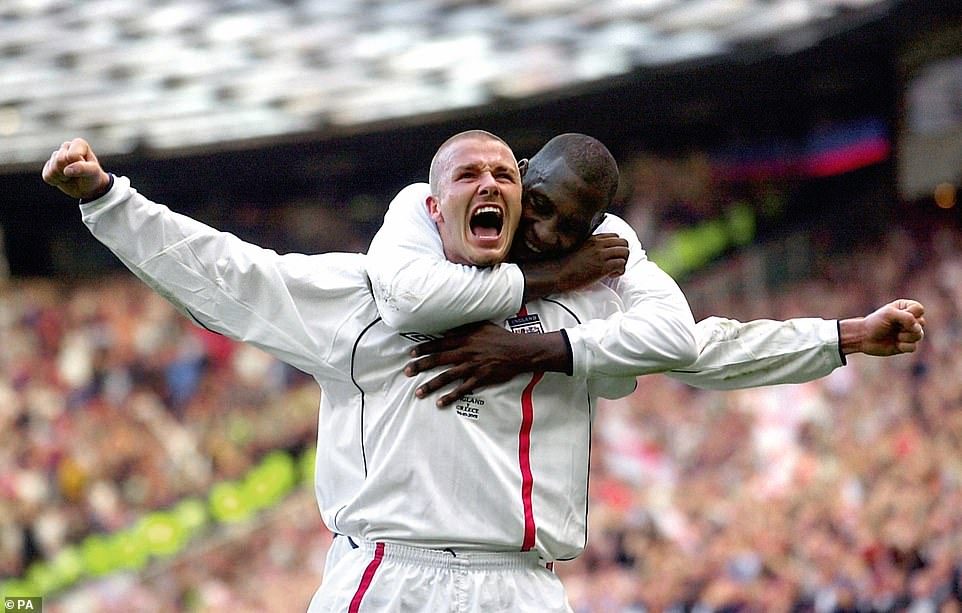