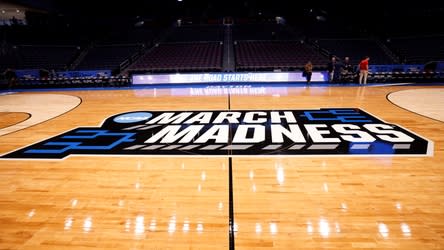 March Madness is upon us once again, giving Knicks fans a slight reprieve from their team’s disappointing season. The NCAA Tournament will deliver on the chaos, fun and intensity the doldrums of this portion of the NBA season can’t with fates like New York’s all but sealed.

Knicks fans shouldn’t just see the coming days and weeks as a needed distraction, but a potential glimpse into the franchise’s future as well. With a lottery pick all but assured and other selections to make, some of the guys competing to cut down the nets in New Orleans could be dawning the blue and orange in New York not too long from now.

With that in mind, here’s a primer for Knicks fans looking to tune into March Madness with an eye on how it impacts their team.

The Knicks have their own first and second-round picks lined up for the 2022 NBA Draft, along with a second owed from Charlotte that in all likelihood will not convey due to its protections. They’re currently tied for the 10th-worst record in the league, offering them 17.3% odds at a top-four pick and 3.8% at first overall. There’s some wiggle room above and below, but only to an extent, so expect a finish in this range.

This means any of the holy trinity atop this draft class of Chet Holmgren, Jabari Smith and Paolo Banchero will be tough to secure for the Knicks. The consensus is those names make up the top three picks in some order as potential franchise-movers.

If fans are inclined to pray for a frozen envelope kind of outcome, these elite prospects will be hard to miss. Each play for a one or two seed in the tournament – Holmgren for No. 1 Gonzaga, Smith for No. 2 Auburn and Banchero for No. 2 Duke – so we should get multiple looks at them all at the very least.

The more realistic outcome is a mid-lottery pick, which increases the pool of possible names greatly. Luckily for fans, outside of G-League and international prospects, nearly all of the (projected) lotto-bound talent in this class is featured prominently in this year’s tournament.

Some names to keep an eye on include TyTy Washington on No. 2 Kentucky, given this front office’s links to the program and his status as one of the few point guards in this lottery. Outside of Holmgren, Jalen Duren of No. 9 Memphis is the leading center prospect of the draft and a defensive beast in the middle that could come in as Mitchell Robinson insurance.

While most watchers naturally gravitate towards these top prospects, in two years under this new front office the Knicks valued their later picks, even using them to secure real diamonds in the rough. For this reason, fans shouldn’t dismiss any name under professional consideration, as New York could scoop them up in the second round.

To predict who Leon Rose and company will have interest in is mostly a guessing game, but we can use recent picks to try and project the type of prospect they would target. The Kentucky connection and Robinson question are only two factors.

The Knicks reportedly targeted trading up for Chris Duarte last year, ultimately failing to nab the elder statesman of the class and his NBA-ready resume. Looking over this year’s lottery, there’s no comparable choice if New York wanted to go for the “win-now” rookie.

Other traits to watch out for in the tournament should be players of high character, ones that defend and play for tough coaches. These are only rough parameters for fans to consider for fun. Above all this front office appears to prefer picking the best player available over positional need.

Knicks fans get to work double duty this month – watching their franchise’s future unfold on the NBA and NCAA court. Those without attachment to the tournament otherwise get to tune in and enjoy playing scout as a potential future franchise-savior makes their case.