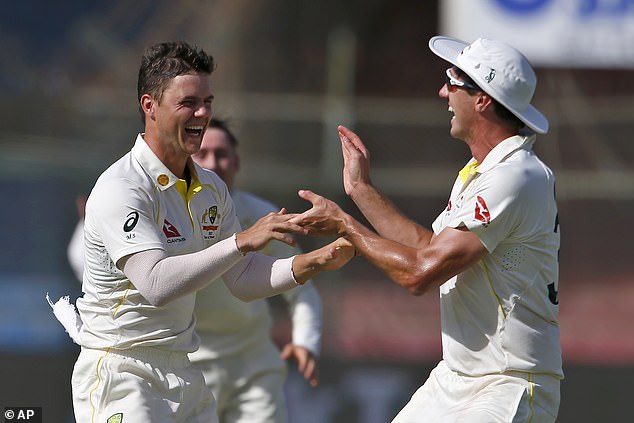 Revealed: A 21-year-old hoodoo could be the reason Pat Cummins stunned the cricket world by NOT enforcing the follow on despite building a mammoth lead with Pakistan batters struggling

Have the ghosts of the epic stand between VVS Laxman and Rahul Dravid at Kolkata from the Australian tour of India in 2001 come back to haunt the men in baggy greens?

Ever since the Indian duo piled on 376 runs for the fifth wicket after Steve Waugh enforced the follow on, there has been a school of thought that Australia is now gun shy when it comes to using the tactic.

On the 21st anniversary of Laxman (281 runs) and Dravid (180 runs) digging in to secure victory for India,  Australia was faced with a similar dilemma.

After rolling Pakistan for just 148 in their first innings of the second Test at Karachi, Australia had a mammoth lead of 408 runs and the follow on seemed certain.

However, captain Pat Cummins instead elected to put the Pakistan team back in the field so the Aussies could bat again. At stumps on day three, Australia lead by 489 runs with 9 wickets remaining.

It has opened the door for an unlikely draw and left fans and experts alike questioning why Australia had not enforced the follow on.

Many, like retired Indian spinner Wasim Jaffer, have suggested they are afraid to because of the scars left from that infamous Test in 2001 that cost former captain Steve Waugh victory on the ‘final frontier’ in India.

Australia’s Mitchell Swepson, left, celebrates with teammate after the dismissal of Pakistan Babar Azam on the third day of the second test match between Pakistan and Australia.

Following Mitchell Starc and co’s savage attack on the Pakistani batsmen, commentator Mike Haysman was particularly puzzled by the call to bat instead of enforcing the follow on.

‘You can see Pat Cummins signalling he wants the small roller,’ Haysman said.

‘So Australia are batting again. I am astonished by that.

‘Pakistan trail by 408, and Australia are batting again. I don’t understand that at all.

‘And the workload has not been anything substantial whatsoever. I am stunned, I’m afraid.

‘I am astounded that Australia are batting again. Astounded.’ 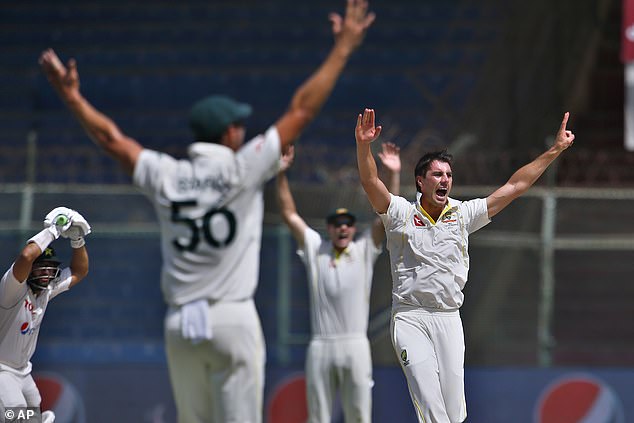 Australian Test skipper Pat Cummins appeals for a Pakistan wicket on a day of dominance for the Aussies, yet he has been criticised for not enforcing the follow on.

The stats certainly indicate that the Aussies are gun shy when it comes to making sides bat twice in a row.

Australia has ordered their opponents to follow on only 14 times out of 39 since Kolkata. Since then, Australia has won 24 Tests when not enforcing the follow on and batting again.

Kolkata was the one blight on Waugh’s record when it comes to the follow on. But he refused to let that one match influence him.

Just five months later he boldly made the English batsman bat again despite only leading by a tick over 200 runs. It paid dividends, England collapsed and Australia had a famous win at The Oval.

In total, Waugh would go on to enforce the follow on seven more times after Kolkata and he would win every single one of those Tests. 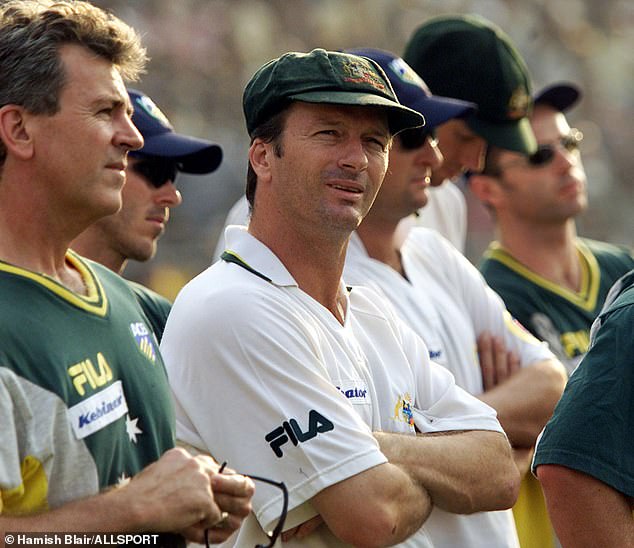 Steve Waugh looks on during the presentations, after day five of the second Test between India and Australia played at Kolkata in India. India won by 171 runs.

However, while Waugh was brave, subsequent captains have been less confident. This is highlighted by the frequency of deploying the follow on before Laxman and Dravid plucked victory from the jaws of defeat in 2001.

In the 21 years prior to the carnage in Kolkata, Australia enforced the follow on 15 times for 13 wins and two draws. There were only two occasions where the Aussies did not enforce the follow on, against England at the Gabba in 1994 and the West Indies at the same venue in 1996. Australia won on both occasions.

There have only been two occasions in the history of Test cricket where a team has not enforced the follow on and lost.

South Africa elected to bat again in 1950 against Australia at Kingsmead and were skittled for 99 before going on to lose the Test. The second occasion was South Africa against England in 2000 when both sides declared at 0/0 in a sporting decision to force a result.