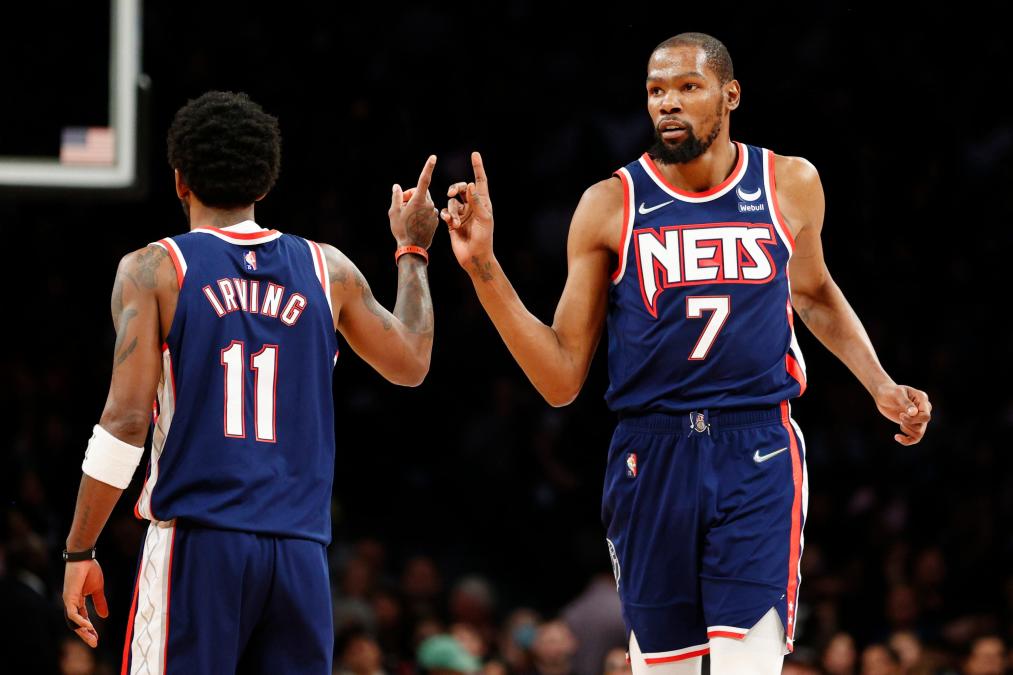 The regular season has ended and the playoffs are soon to begin, but first: The play-in tournament.

Heading into the 2021-22 NBA season, the Brooklyn Nets and Los Angeles Lakers were favorites to win it all. Now, the Lakers are out and the Nets’ playoff hopes cling to the play-in tournament.

But what is the play-in tournament? And how does it work?

The play-in tournament is a series of winner-take-all games featuring the 7th through 10th seeds in each conference that begins Tuesday. The final playoff spots are up for grabs.

Here’s everything you need to know about the play-in setup this season:

NBA PLAYOFF PICTURE: A lot is at stake over final days of the regular season

The play-in games start on Tuesday and conclude on Friday.

How does the play-in format work?

The 7th and 8th seed will have two chances to win a play-in game to advance to the playoffs, while the 9th and 10th seed need to win two consecutive games to get in.

“Nine-Ten Game”: The 9th seed will host the 10th seed. The loser will be eliminated from playoffs contention.

The Last Game: The loser of the “Seven-Eight” game will host the winner of the “Nine-Ten Game” in each conference. The winner will earn the 8th seed in the playoffs.

Which teams are in the 2022 play-in tournament?

The top six teams in each conference automatically advance to the playoffs. The teams that finish the regular season in 7th through 10th place, however, have to earn a playoff bid through the play-in tournament.

The No. 7 Brooklyn Nets, the No. 8 Cleveland Cavaliers, the No. 9 Atlanta Hawks and the No. 10 Charlotte Hornets qualify for the Eastern Conference play-in tournament.

In the Western Conference, the No. 7 Minnesota Timberwolves, the No. 8 Los Angeles Clippers, the No. 9 New Orleans Pelicans and the No. 10 San Antonio Spurs qualify.

Has the play-in tournament helped competition?

Silver said the play-in tournament has also combated tanking, where non-competitive teams intentionally lose late in the season to obtain higher picks in the NBA draft.

“The last month of the season (is) potentially enhanced by creating this incentive, in essence, to get into that ninth and 10th slot to the point where last season, if my numbers are roughly right, we had 24 teams still competing to get into the playoffs with two weeks to go, which I’m told is a record for the league,” Silver said in February.

The playoffs start on April 16, featuring the best-of-seven elimination style as usual.