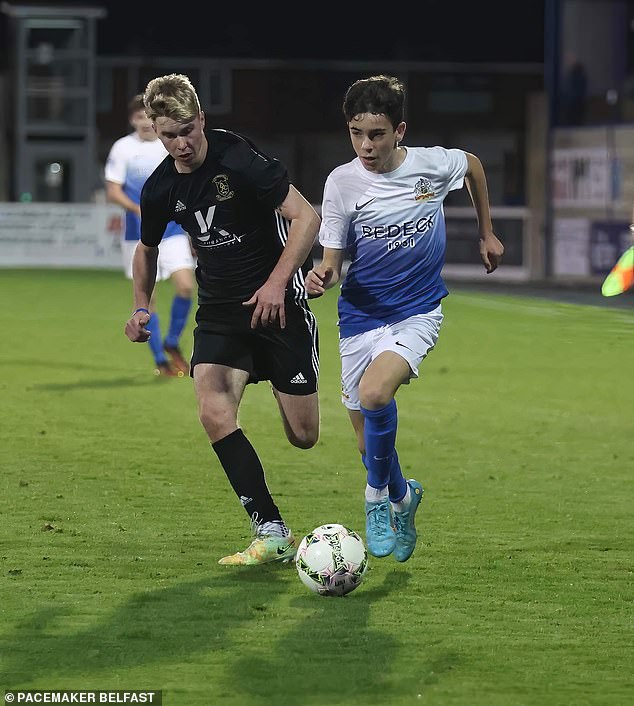 13-year-old schoolboy Christopher Atherton makes history by becoming the UK’s youngest-ever senior player when he comes on for Northern Irish side Glenavon in League Cup tie… and he got an assist with his first touch!

A 13-year-old schoolboy has made history by becoming the youngest senior footballer in the United Kingdom.

Christopher Atherton came on as a second-half substitute for Northern Irish club Glenavon against Dollingstown in the League Cup aged 13 years and 329 days.

The teenager not only set a new record but had an instant impact, providing an assist with his very first touch for Glenavon’s sixth goal. 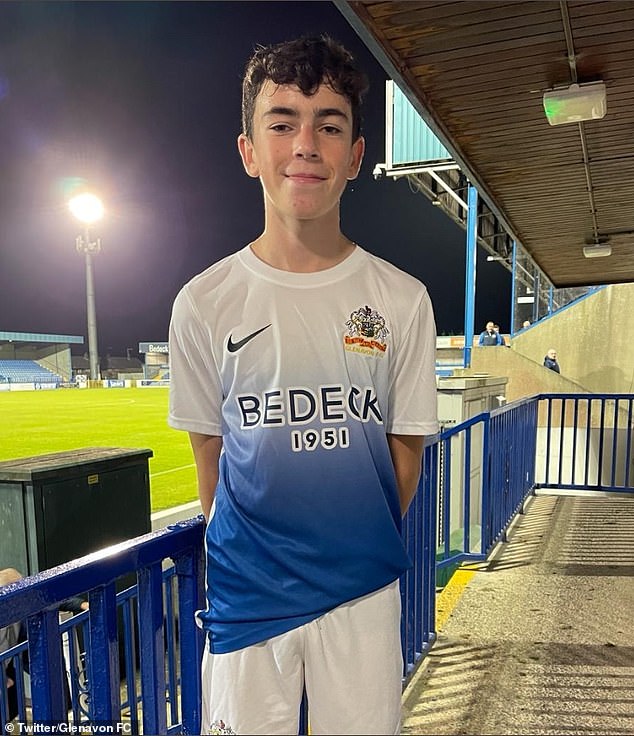 Atherton breaks a 42-year-old record set by Eamon Collins, who played for Blackpool on September 9, 1980 at the age of 14 years and 323 days.

It is claimed the world record for the youngest professional player was set by 11-year-old Eric Godpower Marshall last year when he played for Liberian side Gar’ou against Haifa FC.

He beat the record previously held by a 12-year-old Bolivian Mauricio Baldivieso, who played for Club Aurora against La Paz in July 2009. 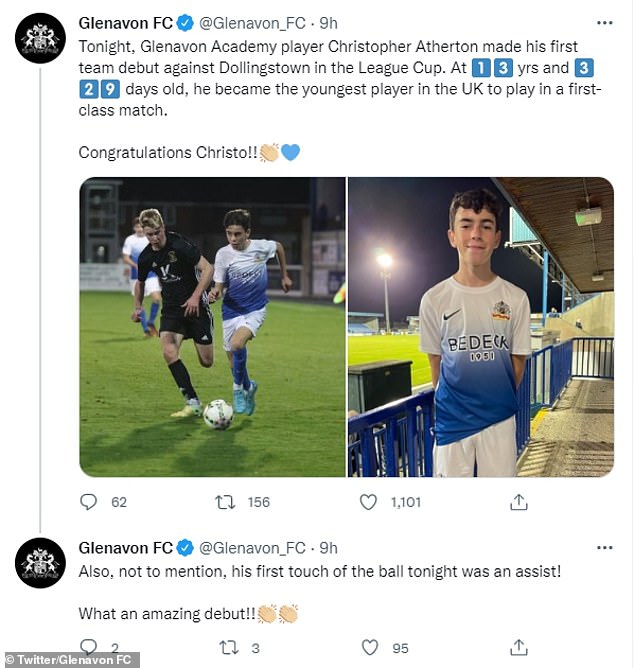 On Atherton’s debut, Glenavon’s Twitter account said: ‘Also, not to mention, his first touch of the ball tonight was an assist! What an amazing debut!!’

David Scully wrote: ‘Great achievement for the young kid and his family. First team debut so young, he must be some talent.’

Unbelievable, what an achievement. Great kid. 👏🏼👏🏼👏🏼

The Belfast Telegraph reported that Atherton has already gone on trial at several clubs, including Scottish Premiership side Dundee United.